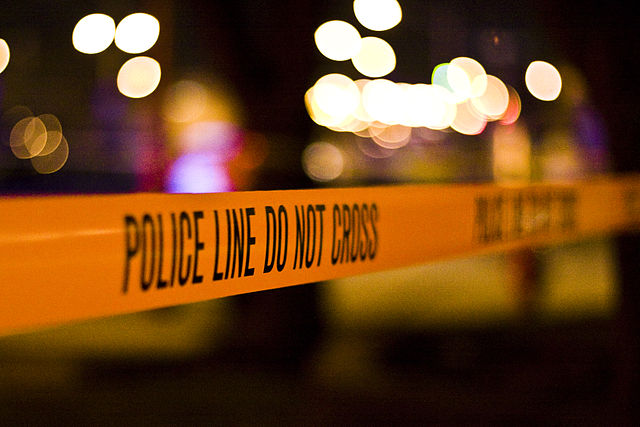 The alleged “white male mass shooter” said to be in his “20s or 30s” who reportedly injured eight people at the Mayfair Mall in Wauwatosa, Wisconsin on Friday has been identified by police as a 15-year-old Hispanic male.

From the Milwaukee Journal Sentinel:

Wauwatosa police have arrested a 15-year-old Milwaukee boy who they believe opened fire at Mayfair mall Friday afternoon, sending eight to the hospital.

Police Chief Barry Weber said the suspect was arrested Saturday night and that the shooting was the result of an altercation between two groups of people at the mall.

“We do know there was some sort of altercation, and that’s when the bullets started flying,” Weber said during a Sunday news conference.

Police had said Friday that witnesses described the shooter as a white man in his 20s or 30s. But Weber described the suspect as a 15-year-old Hispanic boy. His firearm was recovered during the arrest.

Tons of media outlets and Twitter journos described the shooter as a “white male in his 20s or 30s”:

UPDATE: Wauwatosa Police Chief Barry Weber says the shooting at Mayfair Mall occurred at 2:50 pm at the northwest entrance to Macy's. Seven adults and one teenager were injured. There are no fatalities. The shooter is a white male in his 20s or 30s and is still on the loose.

8 people have been injured in a shooting at a US mall in #Wisconsin. Incident happened at the Mayfair Mall in Wauwatosa, Wisconsin. The attacker who has been identified as a white male in his 20s or 30s, fled the spot before emergency personnel arrived pic.twitter.com/pV11DNBfLv

Rita Katz of SITE Intelligence fame even falsely identified a police officer who responded to the shooting as the shooter himself and tried to link the shooting to a Proud Boys offshoot:

Did Rita Katz just get caught misidentifying the suspect in a mall shooting? pic.twitter.com/F8mzkZaalz

Did Rita Katz just steal this image from another journalist without credit and falsely label it without doing any original research or reporting?

She identified a police officer as a mass shooter

Correction: In a previous tweet (now deleted), I posted a picture of a police officer and described him as the suspect. Apologies for the mistake.

As the suspected shooter was identified as a Hispanic male, the story is now being thrown down the memory hole by our media.

NBC News chose not to mention the race of the arrested suspect as did CNN and local outlets such as WPLG Local 10.

WPLG Local 10 not only failed to inform their readers that the alleged shooter was Hispanic but chose to include a line making it seem as though the shooter was white.

“Witnesses had told police that the shooter was a white male in his 20s or 30s,” WPLG Local 10 said.