(Natural News) The “fake pipe bomb” events we all witnessed this week are nothing more than Democrats mailing fake pipe bombs to other Democrats.

This is their last, desperate ploy to try to control the outcome of a mid-term election they’re terrified of losing. And with that loss will come the implosion of the Democrat party, the mass arrests of thousands of deep state traitors, and the exposing of the left-wing media as a lying, anti-American “journo-terrorism” operation that despises truth and democracy.

The fake pipe bombs sent to the addresses of Barack Obama, Hillary Clinton, CNN and others are pathetic propaganda attempts based on “bombs” that look like nothing more than road flares duct taped to kitchen timers. They aren’t even good fakes. They’re so obviously not real bombs that much of the internet is mocking the entire affair, pointing out that even Ahmed the Clock Boy built a more sophisticated bomb (oh, but in that case Obama declared it to be a “clock,” not a bomb, remember?).

“Proper pipe bombs don’t have wires connected to both ends. That’s dumb,” observed Tom Sauer, who describes himself as a former bomb disposal officer. “A proper timer would best be stored inside the pipe, making it fully encapsulated,” he says. “This is nearly the same as a bundle of road flares wrapped together with an old-timey alarm clock ticking away.”

A few observations from a former bomb disposal officer (i.e. Me):

Clock taped to “pipe bomb” doesn’t even have alarm function

According to an analysis by #Anon, reported by NeonRevolt, the low-cost clock taped to the fake pipe bombs didn’t even have an alarm function. Via Gab.com/NeonRevolt:

So, by now you’ve heard that none of the “bombs” delivered to Dems today actually worked.

Turns out, #Anons were able to locate the actual make and model of the clock taped to one of the bombs.

It doesn’t even have an alarm function.

In other words, it can’t count down to anything. It’s literally just to make a “scary-looking” bomb prop.

If that doesn’t REEEEEEK of desperation, idk what does.

Here’s a picture of the China-made dashboard clock, also available on Amazon.com, which shows that the simple clock has no alarm function at all: 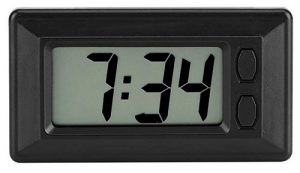 With this fake pipe bomb hoax, the deep state Democrats desperately hoped that if they mailed enough fake pipe bombs to each other, they could all blame Trump and proclaim conservatives to be terrorists. But the real violence and terrorism in America comes from the radical Left: Antifa mobs, crazed left-wing shooters at congressional softball games, death threats from left-wing comedians and singers, a constant stream of hate-filled drivel from America-hating Hollywood, the democracy-hating deep state media that pushes fake conspiracy theories about Trump, etc.

Immediate release of the bomb photograph proves it’s all propaganda, not a real forensic investigation

Even more shockingly, photographs of the bomb devices have been almost immediately released to the public, proving the real purpose is propaganda, not a serious law enforcement investigation. If law enforcement were genuinely concerned about these pipe bombs, they wouldn’t be releasing photos to the public.

But, alas, here’s the widely-circulated photo depicting one of the fake pipe bombs: 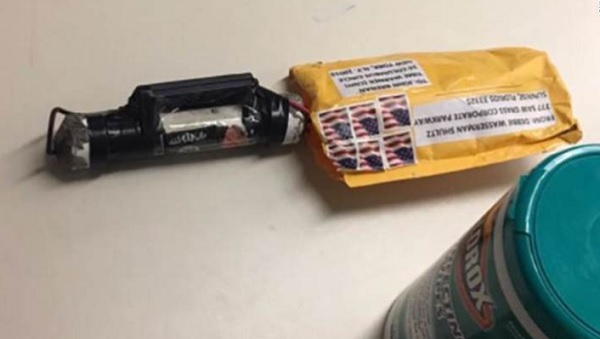 Nailed it. Also, the photo doesn’t appear to be taken by a bomb tech or crime scene investigator. Bad angle, poor lighting, etc.

So if it’s being taken by a journalist… Why would they let them near a “live” pipe bomb??? https://t.co/8Yq3ldcYIT

Note, too, that there are no Democrats who have denounced the rising mob violence of the lunatic Left. In fact, they are calling for more violence. Hillary Clinton herself recently said that Democrats cannot be “civil” until they win more elections. Maxine Waters has openly called for left-wing mobs to confront conservatives in restaurants and “push back on them” in a way that continues to escalate toward violence. Eric Holder recently suggested that when Republicans go low, “we kick them,” directly invoking mob violence and a kind of gang tactic that’s used to stomp people on the ground. And Barack Obama famously said that if “they” bring a knife to a gun fight, “we bring a gun.”

The lunatic violence in America today is almost entirely owned by the deranged Left. They are the ones issuing constant death threats against conservative speakers; bashing vehicles on public roads when they’re driven by white men; calling for the killing of President Trump on social media; and threatening to overrun the country with armed communists who have adopted names such as “By Any Means Necessary.”

Since the election of President Trump in 2016, Democrats have descended into mob rule and deranged violence. Their effort to now mail fake pipe bombs to themselves and then cry “terrorism!” is nothing more than a lame attempt to distract America from the real source of violence and lawlessness in America: the lunatic mobs of the Left.

Rep. Babin Tears Into Biden For Allowing COVID-Positive Migrants Into The US
The Political Cowboy