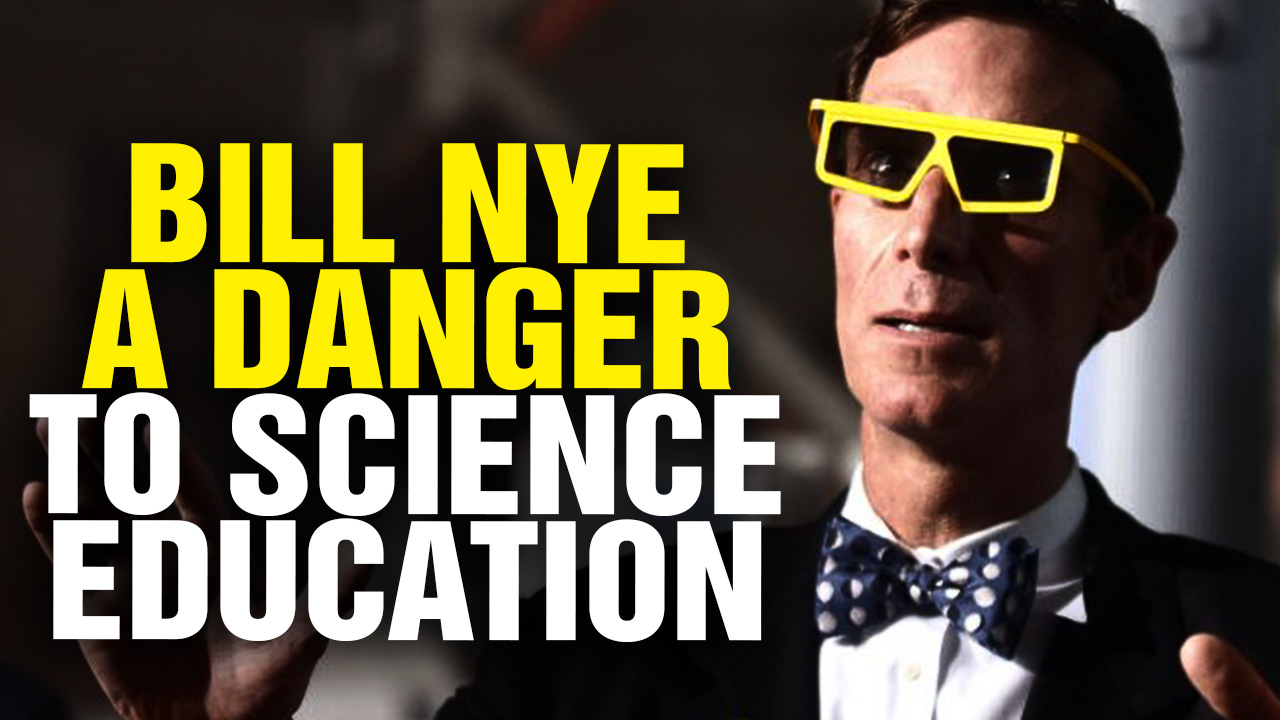 (Natural News) Bill Nye, the FAKE science guy, opens his short “infrastructure” video message where he’s standing in front of the White house: “If you’re like me, you want the US to be a little … better,” hinging off the “build back better” slogan of resident Biden’s campaign. Then, nerdy ole’ Nye tries to be funny about the trillions of dollars the Democrats are printing that most likely won’t be building back anything, much less anything better, as the nation crumbles from hyper-inflation and wrecked businesses everywhere. Roads, power, and water! — He declares the mission for the Covid regime in Washington DC.

Next, Nye speaks very quickly about addressing climate change, then mid-sentence switches into “weatherizing your houses,” because that’s something all Americans can understand, since “we” are all such simple folk. Forget that he just read the script that trillions of dollars are being printed, because you need to go to Home Depot or Lowe’s and pick up some weather strips and duct tape for the cold, dark winter ahead.

Next comes the “civilian climate corps” where people “of all ages” get jobs in factories making electric cars that get charged by fossil-fuel-burning machines they want to get rid of. The “all ages” part meaning put kids to work also (because they will have to help pay for groceries in order to survive). Did you forget this is still the “science guy” talking?

Into the video walks the FAKE president, who boosts the electric car talking point, because that surely will save the planet from global warming, even though we’re in a slow cooling period. Remember, ending the use of ALL oil and gasoline very soon is their goal, but nearly every factory in the country runs off fossil fuel. So the plan is to build thousands of factories in just a few years that all run off solar and wind power.

This is when Americans should reflect on Obama funneling billions into the same arena only for 7 monster-size corporations to file bankruptcy just a couple years after they got all the money to turn our country into wind and solar powered everything.

“We want to electrify our ground transportation so we don’t have this carbon in the atmosphere,” says Nye, who doesn’t even have a science degree, while Biden delivers that most creepy grin and some animated twinkle dings in his tooth. That’s right, Bill Nye the Science Guy does NOT have a science degree of any kind. He’s only a mechanical engineer and a cringe-worthy actor for school-kid type science trivia tidbits.

He even has the gall to bring up the US Constitution and talk about rights to do what he says should be done, and that’s wreck the entire nation by ending fossil fuel use while pretending electric cars are magically charged by unicorn fur, polar ice caps melting, or something.

To end the video, they both use the old Obama trick where they are completely honest by saying exactly what they intend to do, and that’s to “change the world,” they just leave out the part where they mean change it by destroying it with greed and idiocy.

Challenge: Watch the short video and try not to throw up:

For the most reliable truth news about health and safety on the internet, tune to FoodSupply.news and pick up great tips for stocking up on organic, nutritious food and emergency supplies for the upcoming infrastructure crash planned by the Biden regime.