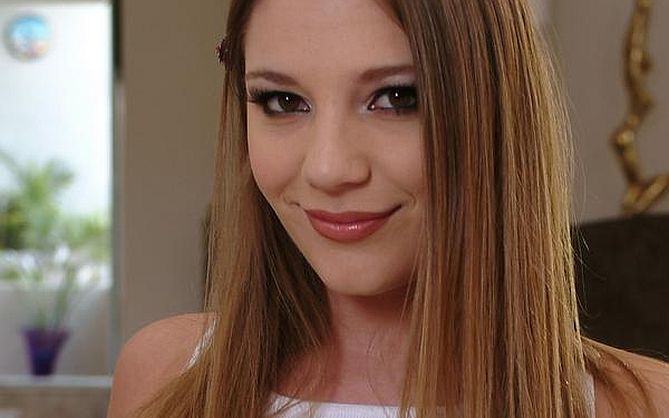 After nearly an hour on the phone, just as we were about to hang up, I mustered up the courage to ask, “Dad, how did you feel when you heard I was Aurora Snow?”

Then came an answer that blew me away: “I was proud.”

That my father didn’t disown me for the unconventional line of work I chose says a lot about his nature. A free spirit, my father has bounced from place to place, from job to job ever since he and my mother divorced. In my family we call that “itchy feet”—never in one place long enough to develop roots….

Proud was not the answer I expected. This is my dad after all, and what father is really okay with his daughter having sex on camera for a living? It’s the first time I’ve ever been brave enough to ask and curious enough to know.

Aurora Snow: But why, why were you proud of me for that?

Dad: Why? Because it’s your life and you can live it any way you want to….

Dad: Yeah, I was shocked but I was proud. My daughter is Aurora Snow… when my friends found out they said, “Oh my god, that’s your daughter?!”

Aurora: And how did you handle that?

Aurora: So it wasn’t weird for you?

Aurora: I was firm: I didn’t have daddy issues, mine were purely financial. That’s what happens when you’re poor.

Dad: That’s what I told everyone: My daughter is in it for money, and she’s made more money having sex than some people will ever make, so what’s the big deal?…. If I could’ve made hundreds of thousands of dollars having sex I would’ve done it, too. I’ve bragged about you. How many people can say they’ve done what you’ve done? I’m proud to call you my daughter. It’s your life and you can do whatever you want with it, and if you’re making your own choices that makes me happy. I wasn’t really around for you. I wasn’t much of a dad, but you know that.