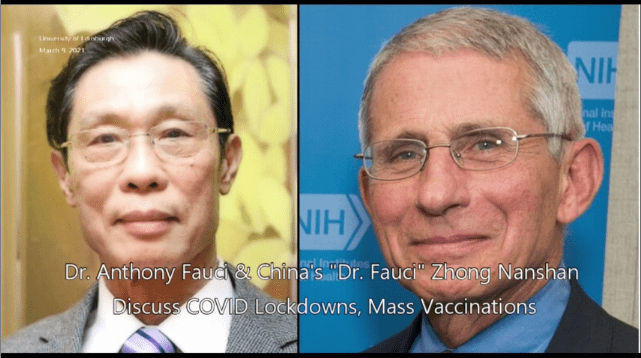 Dr. Anthony Fauci, who is looked at as the pre-eminent authority figure on the COVID-19 plandemic, recently appeared on a virtual panel with his counterpart, and longtime Chinese Communist Party member, Dr. Zhong Nanshan, which was hosted by the University of Edinburgh.

Slim Down for Summer

Although the video was posted by the University of Edinburgh in early March, it has received relatively little attention, despite the public health experts’ advocacy for ‘strict’ lockdowns extending 2-3 years and global mass vaccinations.

We have covered plenty of evidence that what is going on currently had been planned and was planned long ago.

Additionally, we know that Fauci and company attempted Faucism a decade ago and the people weren’t buying it

A Decade Ago, The Same Players Of Today Used The Same Tactics & The Same Script As The CONvid-1984 – But They Failed – Let’s Make Them Fail, Again! (Video)