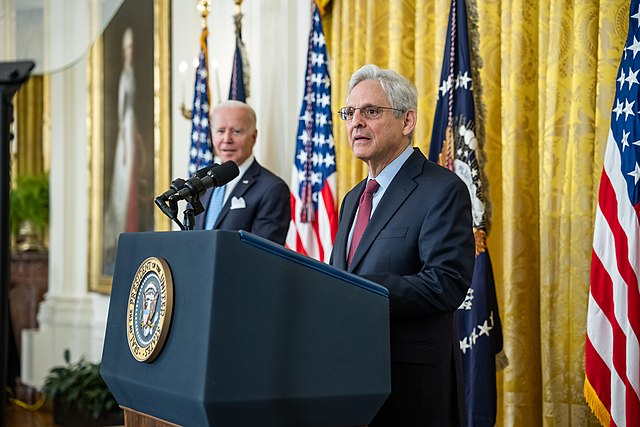 The Biden regime is planning on hosting a forum Thursday at the White House together with the Anti-Defamation League and Southern Poverty Law Center aimed at combatting the “explosive rise in extremism and White supremacy that threatens the core of America’s democracy,” the Washington Times reports.

The “United We Stand” summit builds on the administration’s push to root out racially motivated domestic violent extremists. The threat sparked a sweeping strategy that included the creation of a specialized Justice Department unit to combat domestic terrorism. Mr. Biden will deliver the keynote address to highlight the administration’s response to hate and “put forward a shared vision for a more united America,” officials said.

The usual cast of characters will be in attendance.

Tomorrow, we will attend the @WhiteHouse’s #UnitedWeStand summit – along w/ many other civil rights organizations & community leaders. Join us for remarks from @POTUS & to learn our plans to protect our communities from targeted hate: https://t.co/1gUIc8u1Dl pic.twitter.com/NOkPJr7hp2

Extremism and hate endanger us all, regardless of political persuasion. We all have a stake in the success of tomorrow’s #UnitedWeStand summit — & that will be determined by the concrete actions & steps that follow. Failure is NOT an option. https://t.co/bXU32FVFMe

Communities must work together and speak with one voice about the threat of violent hate. I’m attending the @WhiteHouse #UnitedWeStand Summit tomorrow – this coalition is a major step in continuing the momentum from the summit and making all our communities safer. https://t.co/GU0kLQig20

Read our recommendations for the summit ahead of the event: https://t.co/kopVIrmMWl pic.twitter.com/NoQllHtWOg

The same cast of characters are also now running the Pentagon and purging the military.

Current and former FBI agents tell The Washington Times that the perceived threat has become overblown under the administration. They say bureau analysts and top officials are pressuring FBI agents to create domestic terrorist cases and tag people as White supremacists to meet internal metrics.

“The demand for White supremacy” coming from FBI headquarters “vastly outstrips the supply of White supremacy,” said one agent, who spoke on the condition of anonymity. “We have more people assigned to investigate White supremacists than we can actually find.”

The agent said those driving bureau policies “have already determined that White supremacy is a problem” and set agencywide policy to elevate racially motivated domestic extremism cases as priorities.

“We are sort of the lapdogs as the actual agents doing these sorts of investigations, trying to find a crime to fit otherwise First Amendment-protected activities,” he said. “If they have a Gadsden flag and they own guns and they are mean at school board meetings, that’s probably a domestic terrorist.”

Every agent they have chasing “white supremacy” to advance their “white extremist” narrative is an agent not fighting the unprecedented crime surge in our major cities.

We hear so much about “systemic oppression” and “racial bias” in policing in relation to minority groups and yet here we have the highest law enforcement officers in the land systematically targeting white people to overcharge them with “domestic violent extremism”-related offenses and offering agents “awards and promotions” to frame them based off their race.