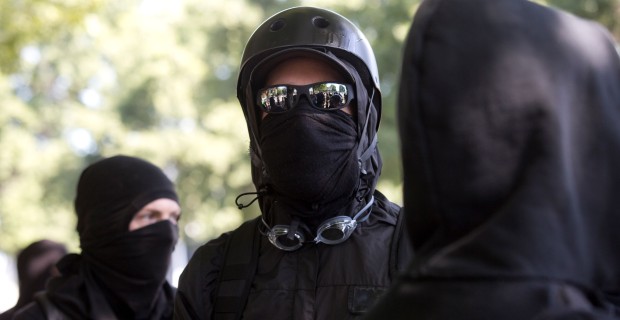 An FBI report describes how left-wing Antifa activists schemed with a drug cartel associate to stage an “armed rebellion” at the US/Mexican border.

“The document warns of “anti-fascist activists” that “planned to disrupt U.S. law enforcement and military security operations at the US/Mexican border,” reports the San Diego Union-Tribune.

The six page report was sent with a “priority” status to the Department of Homeland Security, U.S. Customs and Border Protection, the Drug Enforcement Agency, Immigration and Customs Enforcement, the Central Intelligence Agency and the National Security Administration.

It details how alleged drug cartel associate Ivan Riebeling would sell guns to the Antifa activists who were also encouraged to bring their own weapons to the border to help illegal immigrants initiate a violent incursion.

Riebeling completely denies the allegations contained in the report, stating, “I am not cartel. I don’t sell drugs. I don’t sell arms,” said Riebeling. “I’m a revolutionary. A man who believes in his ideals, and I’m going to defend Mexico.”

The report alleges that Riebeling, also known as Cobra Commander, was involved in a plot to combat train Antifa activists in camps, skills which would then be used to “disrupt U.S. government operations along the border.”

The Tribune report is heavy on denials and light on actual details of the plot.

However, it’s a fact that the Department of Homeland Security in New Jersey officially listed Antifa as a domestic terrorist organization last year.