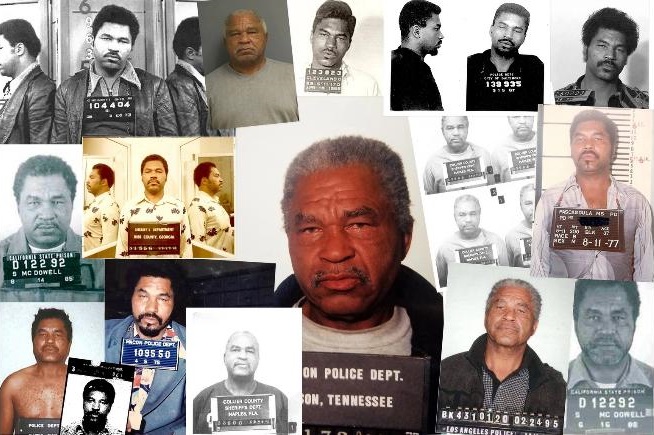 Convicted murderer Samuel Little, 79, is the most prolific serial killer in US history according to the FBI who announced Monday that they have verified 50 of the 93 murders he has confessed to.

Five years after analysts with the FBI’s Violent Criminal Apprehension Program (ViCAP) began linking cases to convicted murderer Samuel Little—and nearly 18 months after a Texas Ranger began to elicit from him a breathtaking number of confessions—the FBI has confirmed Little to be the most prolific serial killer in U.S. history.

Little has confessed to 93 murders, and FBI crime analysts believe all of his confessions are credible. Law enforcement has been able to verify 50 confessions, with many more pending final confirmation.

Little says he strangled his 93 victims between 1970 and 2005. Many of his victims’ deaths, however, were originally ruled overdoses or attributed to accidental or undetermined causes. Some bodies were never found.

“For many years, Samuel Little believed he would not be caught because he thought no one was accounting for his victims,” said ViCAP Crime Analyst Christie Palazzolo. “Even though he is already in prison, the FBI believes it is important to seek justice for each victim—to close every case possible.”

Little made drawings of his victims which are shared on the FBI’s website.

Here’s an “unmatched confession” of a murder Little said he committed in Covington, Kentucky sometime around 1984.

Little stated that in approximately 1984, possibly in the summertime, he was driving his Lincoln Continental Mark III from Loraine, Ohio, to Cincinnati. While en route, he met a 25-year-old white female outside a strip club. He remembers her as being 5’6” – 5’7” tall and 130-170 pounds. Little describes her as having short blonde hair and blue eyes with a “hippie” appearance. She approached him and asked for a ride to Miami, Florida, saying her mother lived there. Little said he and the woman drove south on Interstate 75. When they reached Cincinnati, the two of them spent time downtown on Vine Street. They continued driving together, across the river into northern Kentucky. Little described driving to a hilly area not far from I-75. He drove up a small dirt road to the top of a “little round hill,” where he strangled the woman in the backseat of his car. He left her body on the top of the hill.

Channel 4 released audio tapes of Little’s confessions back in May:

This exchange happens at 4:45, presumably referencing his preferred targets:

Interviewer: You like white girls or black girls better?

Little may be America’s most prolific serial killer but at least he’s not a racist!