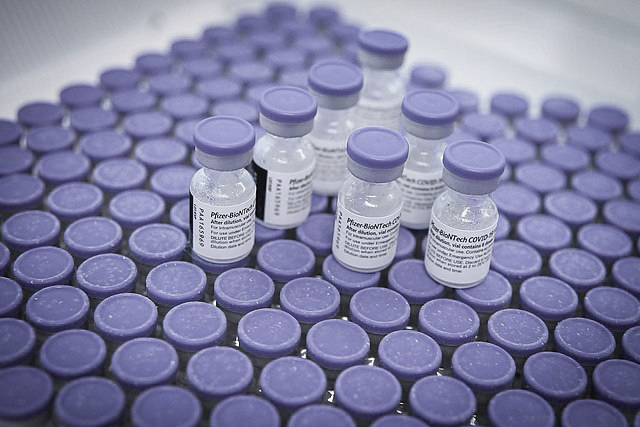 There’s a mutiny going down at the FDA over the Biden regime’s outrageous plans to shoot up extremely low-risk kids as young as 12 and give boosters for all adults.

Acting FDA Commissioner Janet Woodcock sent a memo Tuesday evening to vaccine regulators, reiterating her support as frustration over the process spreads within their ranks.

The Biden administration’s decisions over when to administer coronavirus vaccine boosters are triggering turmoil within the Food and Drug Administration, frustrating regulators and sparking fear that political pressures will once again override the agency’s expertise.

FDA officials are scrambling to collect and analyze data that clearly demonstrate the boosters’ benefits before the administration’s Sept. 20 deadline for rolling them out to most adults. Many outside experts, and some within the agency, see uncomfortable similarities between the Biden team’s top-down booster plan and former President Donald Trump’s attempts to goad FDA into accelerating its initial authorization process for Covid-19 vaccines and push through unproven virus treatments.

On Tuesday, two top FDA vaccine regulators resigned — a decision that one former official said was rooted in anger over the agency’s lack of autonomy in the booster planning so far. A current health official said the pair, Marion Gruber and Philip Krause, left over differences with FDA’s top vaccine official Peter Marks. Now the agency is facing a potential mutiny among its staff and outside vaccine advisers, several of whom feel cut out of key decisions and who view the plan to offer boosters to all adults as premature and unnecessary.

[…] The tensions between FDA’s regulators and top Biden administration officials — including Woodcock, who has publicly endorsed the booster plan — come as the agency begins to tackle its most difficult decisions yet on Covid-19 shots. Many center around making them available to children under 12, whose bodies react differently to the virus and vaccines to prevent it. FDA will have to decide whether the rising number of cases in kids warrants making shots available to them on an emergency basis, before the lengthier approval process, which is more likely to detect any rare side effects.

But for now, much of the discord within the agency centers on the administration’s decision to push ahead with boosters before FDA’s top scientists had a chance to weigh in.

[…] Another senior health official with direct knowledge of the situation said that political appointees within the White House largely steered the mid-August booster announcement.

The tension within the administration plus open skepticism from outside experts has fueled finger-pointing and divisions among health agencies. Career scientists in particular have been confused and surprised by the process, multiple people involved in the talks said.

Biden added to the confusion and controversy last weekend when he suggested that boosters could be administered just five months after the initial regimen, rather than the eight his administration had just proposed. Those remarks, coming after a meeting with Israeli Prime Minister Naftali Bennett, fueled worries that an administration that had pledged to “follow the science” was letting politics dictate outcomes.

Biden’s following the Prime Minister of Israel, not the science.

What else is new?

But others familiar with the administration’s thinking said that Biden and his top health aides, including Zients and chief medical adviser Anthony Fauci, had to lay the groundwork for booster shots so the public would be ready for what they saw as the unavoidable reality of additional vaccinations.

“If the White House didn’t lead, what would happen?” said a person familiar with the discussions behind the scenes.

Yet, the confusion over the plan continues to build. While Pfizer completed its initial booster application on Aug. 27, it is unclear when Moderna and Johnson & Johnson might join its ranks, or when FDA will approve Pfizer’s submission. Pfizer also has data coming in mid-October tracking booster doses administered between 4.8 and eight months after the original regimen.

Biden’s five-month remark was “an innocent question” by the president after hearing from Bennett that Israel has forged ahead on broad booster dosing, a person familiar with the discussion said. In reality, the timeframe for additional doses comes down to the FDA and the companies submitting data — and likely will turn out to be a range of several months for getting a third dose rather than a specific window, they added.

Biden health officials are still confident that they will “have enough information and enough data” by Sept. 20 to make that call, the person familiar said. Several pointed to Israel’s booster data and a “clear” benefit to additional doses, as one health official said.

Not even one clinical trial has been completed to show the effective or side effect profile of boosters, but hey — no trials, no problem!

“It’s unprecedented,” that the Biden administration would announce a specific booster rollout date before regulators had weighed in, said one Trump official. […]

While the [CDC] has released five studies in recent weeks — some showing fading immunity among health care workers and more breakthroughs than previously recorded — other Biden officials say they are waiting anxiously for a collection of state data that many expect will provide more definitive evidence that breakthrough infections are much higher than previously thought.

The FDA only approved Pfizer’s experimental mRNA vaccine for “emergency use” last year after President Trump’s chief of staff Mark Meadows told then-FDA commissioner Stephen Hahn to approve it by December 11th or be fired by the end of the day.

Hahn rolled right over to the threats and approved the shot on December 11.

The FDA just rolled over and approved Pfizer’s mRNA jab.

It’s nice to see some FDA officials standing up against this lunacy for a change but odds are the corrupt leadership at the FDA is just going to roll over once again.

Our leading public health organizations are not worthy of the American people’s trust.