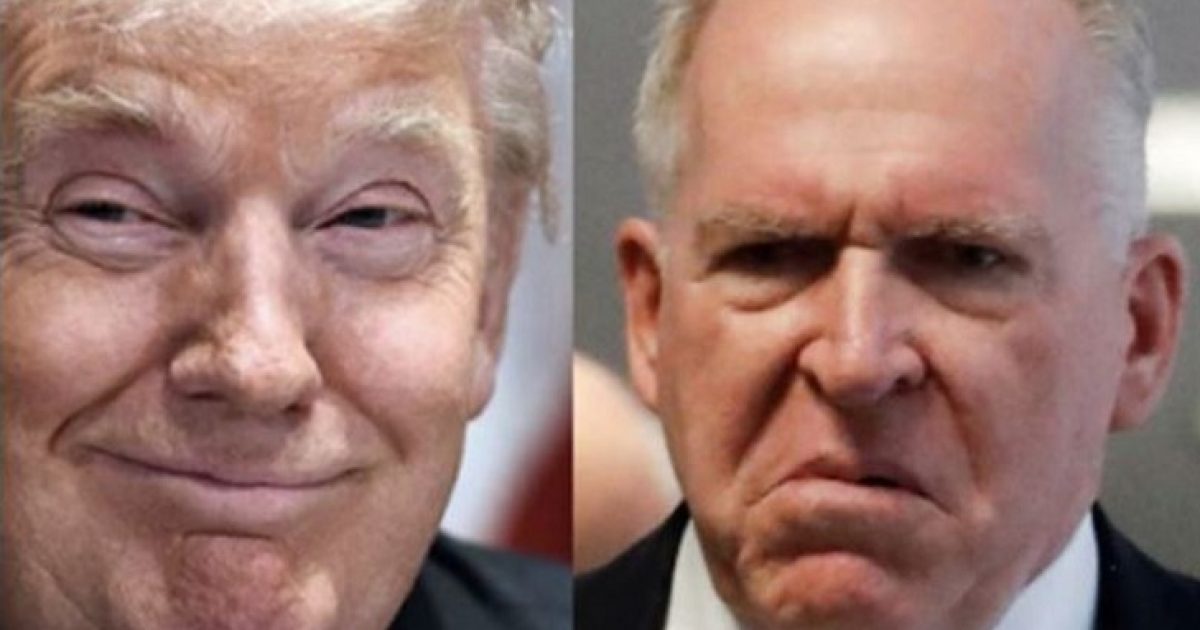 Since John Brennan is a suspected Muslim convert, I think it might be fair to call this #Impeachmentjihad

The Deep State is desperate but some, like John Brennan, might be a little more desperate than others.

John Brennan knows that if they fail to stop Trump, his own justice might be waiting in the wings.

John has to do something to cover his own a$$ets and took to Twitter on early Saturday Morning to beg for help.

In case you didn’t hear, they changed the Whistleblower rules to make this an easier task, BEFORE any of this stupid Trump-Ukraine BS.

One Twitter user accuses John of Sedition (conduct or speech inciting people to rebel against the authority of the state).

Whether Brennan’s tweet is technically sedition, or will lead to sedition, the good conservatives of Twitter can see right through his veiled attempt to save himself.

Same for CIA personnel, if you know about any or all the dodgy dealings of @JohnBrennan please come forward as a whistleblower. This man is itching to be behind bars, thank you

LOL who tweets at 7AM on a Saturday?

A desperate man who was up all night tossing and turning.

There is no statute of limitations on your treason either

Again with attacking the messenger folks?

The point is to drum up fake whistleblowers to attack Trump.

I think maybe we should investigate Brennan, because these twitter people seem to know a few things about a few things.

Trump’s people are on that.

John Brennan is a desperate man that knows his own freedom might depend on taking down a man that is not afraid to expose and prosecute John Brennan.

I think Brennan should cut a deal with Trump’s people to turn over evidence on Obama’s misdeeds.

That might be the only chance to save your own ass John, because this latest witch hunt is going absolutely nowhere.