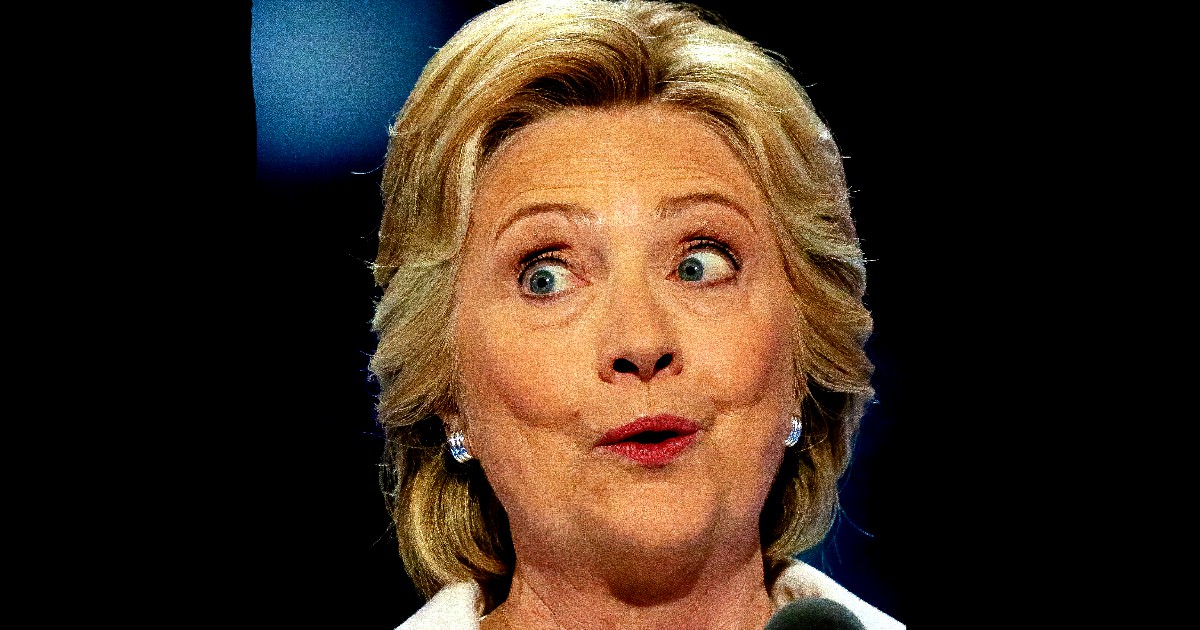 It was “an unprecedented nationwide scheme to violate federal campaign finance law in which $84 million was effectively laundered over more than a year by the Hillary Victory Fund through dozens of state political party committees to the Democratic National Committee and, ultimately, to Hillary for America” during Election, 2016, alleged the Committee to Defend the President (CDP) in a lawsuit [04/16/18] “to compel the Federal Election Commission to take action.” [See lawsuit’s documents at end of story].

Consider this metaphor of gambling in Las Vegas. At the Election Plaza Hotel, inside the casino’s security office, we’re watching TV screens of gamblers, donating to campaigns. The House has rules about who, and how much money, can be played.

“Here’s what you can do, legally,” according to Dan Backer [Investor’s Business Daily]. “Per election, an individual donor can contribute $2,700 to any candidate, $10,000 to any state party committee, and (during the 2016 cycle) $33,400 to a national party’s main account. These groups can all get together and take a single check from a donor for the sum of those contribution limits [,] it’s legal because the donor cannot exceed the base limit for any one recipient. And state parties can make unlimited transfers to their national party.”

Back to our metaphor: A player, donating money, moves three chips to the center of the table: one chip ($2,700) intended for a candidate; a second chip ($10,000) intended for a state party committee; and a third chip ($33,400) intended for a national party’s main account. There are many players at this table, and there are about 50 tables at this game, all sponsored by a Joint Fundraising Committee (JFC).

“Here’s what you can’t do,” explains Backer: “[W]hich the Clinton machine appeared to do anyway. As the Supreme Court made clear in McCutcheon v. FEC, the JFC may not solicit or accept contributions to circumvent base limits, through ‘earmarks’ and ‘straw men’ that are ultimately excessive.”

Back to our metaphor: The aggregated chips should have been separated as donations later. Instead, like a shell game, the straw men’s chips remained as aggregate donations and eventually earmarked to?

You guessed it: “Finally, as Donna Brazile and others admitted, the [Democratic National Committee] placed the funds under the Clinton campaign’s direct control, a massive breach of campaign finance law that ties the conspiracy together,” Backer summarized: “Democratic donors, knowing the funds would end up with Clinton’s campaign, wrote six-figure checks to influence the election [,] 100 times larger than allowed.”

If the above is true, then the Federal Election Commission should have determined a “reason to believe” a violation occurred, and begun an investigation. That determination would require four votes, which is unlikely with the current roster of two Republicans, one Democrat, and one Independent. Two vacancies remain, notwithstanding presidential appointments, but without confirmations by the U.S. Senate.

In its Motion to Dismiss, the Federal Election Commission concludes: “Plaintiff lacks Article III standing because it has failed to allege a concrete and particularized injury.” A subheading summarized: The “Administrative Complaint Seeks a Legal Determination, Not to Uncover New Factual Information,” and therefore it is only an “Informational Injury.”

Translated, according to Backer [The Federalist]: The Federal Election Commission “didn’t challenge the [Plaintiff]’s legal arguments, or claim to be engaged in a diligent inquiry.” Instead, the FEC argues “the law should be ignored so they can prevent outside groups from filing lawsuits to shield complicit Democrats. Democratic FEC Commissioner Ellen Weintraub called for just such a suit when it involved a Republican.”

The Committee to Defend the President “has standing to challenge the FEC’s allegedly illegal delay in adjudicating its administrative complaint because the FEC’s failure to enforce federal campaign finance law causes CDP to face, and compete in, an illegally structured environment,” argues CDP in its Memorandum in Opposition. “The FEC’s refusal to timely [,] if at all [,] enforce various campaign finance restrictions against the DNC, state Democratic parties, and other entities placed CDP at a competitive disadvantage in the 2016 presidential election and threatens to place it at a similar disadvantage in the 2020 presidential election.” [Memo; p.18]

In its Reply, the Federal Election Commission argues: “A plaintiff cannot establish competitor standing by merely alleging it competed in an illegally structured environment in the past; it must also establish that there is a likelihood it will do so in the future.” [Reply; p.10]

That argument does not pass the “straight face” test. Who is laughing? The Democrats: If they got away with it once, thanks to the FEC’s inaction, it is a free pass to do it again.

Notwithstanding the apparent lack of votes, in part due to vacancies, the Federal Election Commission apparently does not want to fulfill its mission: An “independent regulatory agency charged with administering and enforcing the federal campaign finance law.”

A federal judge could order the Commissioners to conduct a vote and /or conduct an investigation. The result could be a slap, if any, on the wrist.

After all, there is a two-tiered justice system in which some are not held to account, such as Hillary Clinton, and, generally, members of the Deep State. Hypocrisy? Just ask Dinesh D’Souza.