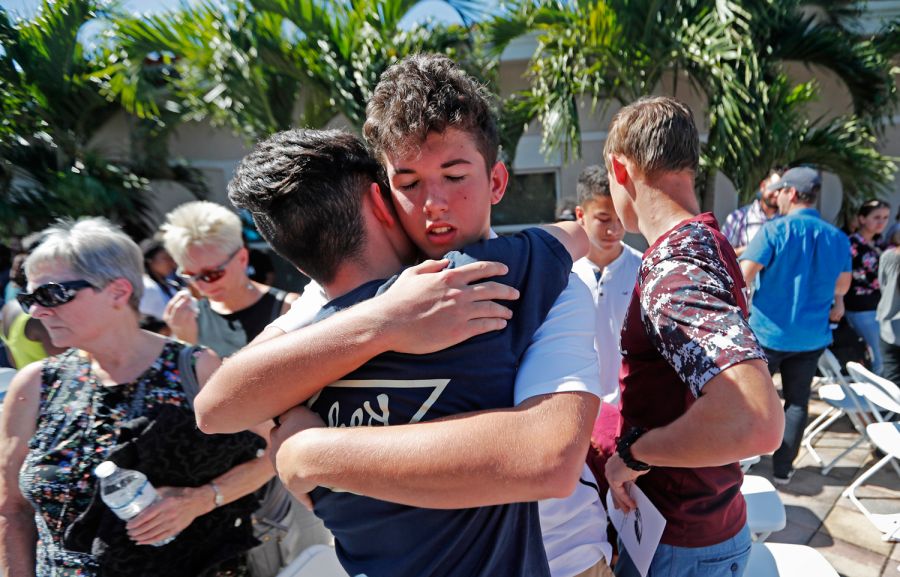 A federal judge in Miami issued a decision that is completely incomprehensible to any patriotic American with a soul and a conscience. The judge claims that the government had “no legal duty” to protect children’s lives during the school shooting at Parkland early this year that claimed 17 innocent lives.

U.S. District Judge Beth Bloom dismissed a lawsuit filed on behalf of 15 students who were victimized not only by the shooter but also the subsequent inaction of craven government officials at the scene. Cowardly law enforcement personnel stood down, hid in their cars like gaping p-ssies, and allowed more children to die than what was absolutely necessary. The courts are effectively giving a vote of confidence to this type of behavior from our “public servants.”

“The claim arises from the actions of [shooter Nikolas] Cruz, a third party, and not a state actor,” the robed, unelected, unaccountable lawyer wrote in her ruling Dec. 12. “Thus, the critical question the Court analyzes is whether defendants had a constitutional duty to protect plaintiffs from the actions of Cruz.”

“As previously stated, for such a duty to exist on the part of defendants, plaintiffs would have to be considered to be in custody,” she added. Examples of being “in custody” included being prisoners in jail or patients in a sanitarium.

She hid behind precedent to justify her abominable decision. Judge Bloom cited the 1989 Supreme Court decision DeShaney v. Winnebago County, which claimed that due process “is phrased as a limitation on the state’s power to act, not as a guarantee of certain minimal levels of safety and security.” This ruling, of course, was another case of SCOTUS sophistry where these lifetime political appointees used legalese to subvert the plain text of the Constitution. It’s what they do best.

The students are devastated, and it is like they are being victimized all over again. They are learning the hard truth about America. They are learning that there is no justice remaining in this country, and every level of government is working together on a ruthless conspiracy to snuff out all your basic rights.

Attorney Kristoffer R. Budhram, who represented the students in court, released a statement saying: “We respectfully disagree with Judge Bloom’s decision to dismiss our clients’ case. This case is about protecting the Constitutional rights of individuals who were the victims of one of the worst mass shootings in this country’s history.”

“We are exploring all of our options for ensuring that they get their day in court, including appealing Judge Bloom’s decision,” he added.

These children are never likely to receive justice in the court of law where Soviet-style show trials have become the norm. America has been sacked, and the enemy is within. Yellow vest time, anyone?