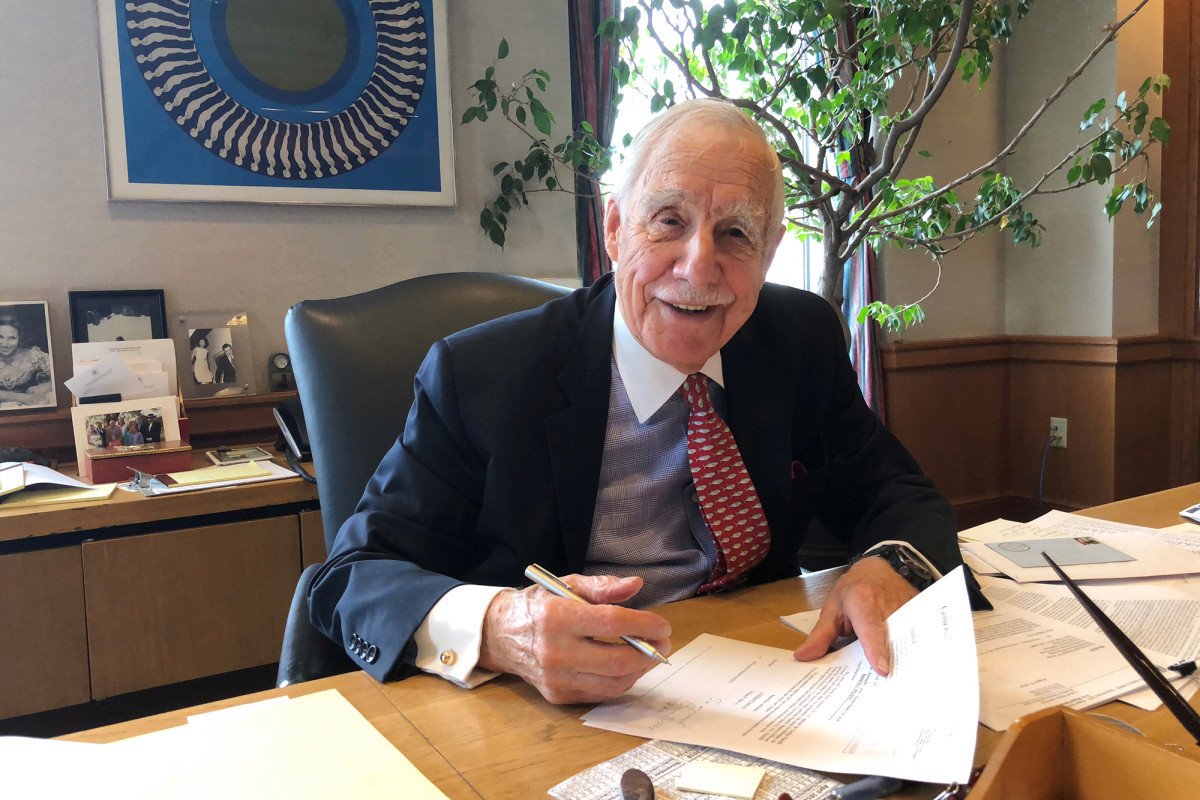 Many people didn’t even know that federal judge Robert Sweet, federal judge presiding over a key lawsuit relating to wealthy, Clinton-connected financier Jeffrey Epstein, was found dead in March. However, no cause of death was determined at the time. Is anyone else finding this as suspicious as Jeffrey Epstein’s alleged “suicide.”

Fox News reported at the time:

A U.S. District Court judge in New York who was presiding over a lawsuit involving a wealthy, Clinton-connected financier and sex offender died Sunday at the age of 96.

Robert W. Sweet died at his home in Ketchum, Idaho, while on vacation, The New York Times reported. He was appointed by President Jimmy Carter in 1978. Politico reportedthat Sweet was presiding over the lawsuit that followed what many saw as an unusual plea deal for Jeffrey Epstein.

Alexander Acosta, the current U.S. Secretary of Labor, negotiated what critics called a sweetheart, potentially corrupt plea deal with Jeffrey Epstein when he was the U.S. attorney for the Southern District of Florida. The arrangement required Epstein to pay restitution to dozens of victims, but offered a variety of unusual concessions as part of a non-prosecution agreement.

That’s right, it’s not just Democrats caught up in Epstein. Republicans have their hand in it too. And it should cause people to contemplate Epstein’s death in federal custody under President Donald Trump.

Additionally, Sweet was assigned to the lawsuit following the said “sweetheart deal.

Sweet was assigned to a lawsuit that emerged from the aftermath of Epstein’s controversial plea deal a decade ago, in which he escaped federal charges by pleading guilty to two prostitution-related offenses in state court. Epstein ended up spending 13 months in jail, with daily furloughs that allowed him to work in his office.

The sex trafficking lawsuit that Sweet oversaw pitted one of Epstein’s alleged victims, Virginia Roberts Giuffre, against a longtime friend of Epstein and heir to a newspaper fortune, Ghislaine Maxwell.

In exchange for financial settlements, Giuffre and many other victims waived their right to sue Epstein. But those waivers did not preclude lawsuits against some others, like Maxwell, who were alleged to have facilitated Epstein’s efforts to hire teenagers to provide massages that often involved sex.

Maxwell denied the allegations but settled the suit on the eve of trial in 2017 after Sweet turned down her lawyers’ motion to shut down the case.

The settlement did not end the controversy, however. During the course of the case, Sweet approved blanket sealing of many of the submissions from both sides, detailing some of the best arguments and evidence they intended to present if the case went to trial.

The secrecy eventually prompted motions from Harvard law professor Alan Dershowitz, author and social media personality Mike Cernovich and the Miami Herald to unseal some or all of the records in suit.

Dershowitz, a former lawyer for Epstein, is seeking unsealing because he says the court files contain evidence that can prove him innocent of claims Giuffre and another woman made that they had sex with him at Epstein’s direction. Cernovich has said he’s offended by the secrecy in the case and eager to expose pedophilia among American elites. The Miami Herald sought the information as part of reporting for a series it wound up publishing last year.

Sweet turned down the motions, prompting a series of appeals.

I realize the judge was 96, but seriously, is no one finding the timing of his death suspicious?

Editor’s Picks: More of our latest on Epstein…