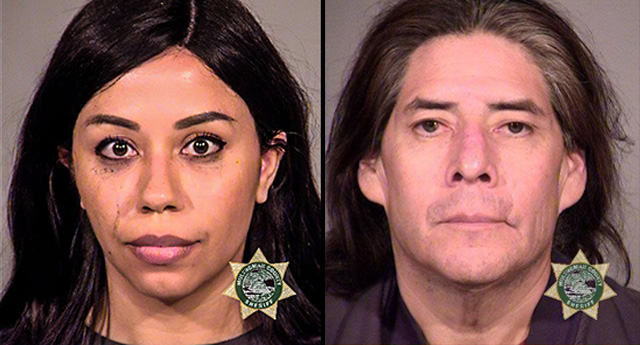 The feds have started bringing alleged Portland rioters up on federal “civil disorder” charges for crimes against state officers who “have been cross-deputized by the federal government,” Andy Ngo reported Wednesday.

The significance of this charge is that rioters in Ore. can now be FEDERALLY charged for crimes against state officers. It was reported yesterday @ORStatePolice have been cross-deputized by the federal government. This bypasses @DAMikeSchmidt's catch & release policy. #antifa https://t.co/CXSVMM23py

Lonnie V. Albert, 55, has been arrested & federally charged for repeatedly slamming his car into a vehicle driven by DHS officers in Portland. He also allegedly tried to run over one of the them. #Antifa have been calling for people to kill police. https://t.co/gybxmZwnMs

"If I am caught, others will take my place & immediately detonate the bomb."

Read my report w/@MiaCathell about the Seattle queer #antifa who promised to blow up a Portland Police station. Kyle Tornow was arrested today following an FBI investigation. https://t.co/fjJE5LsgEi

I also did a deep dive into this man’s online posts written under his aliases. The posts on Reddit suggest a sexual interest in rape and “f—ing teenagers.” His alleged threat to blow up the @PortlandPolice station came during the height of downtown antifa riots.

Two men and a woman appeared before a federal judge Wednesday in Portland, becoming the first in Oregon to face the rare federal charge of civil disorder for alleged violence during this summer’s turbulent protests.

A Seattle man is accused of launching a ball bearing with a slingshot during a downtown demonstration in July and striking a Portland Fire Bureau medic.

A Portland woman is accused of throwing a helmet that struck a police sergeant in the head last week outside the Police Bureau’s North Precinct.

Another man is accused of repeatedly using a hammer to strike the glass above the front door of the Police Bureau’s East Precinct and elbowing an officer in the face in early August and then throwing frozen eggs and other objects at police three days later outside the Penumbra Kelly Building on East Burnside Street.