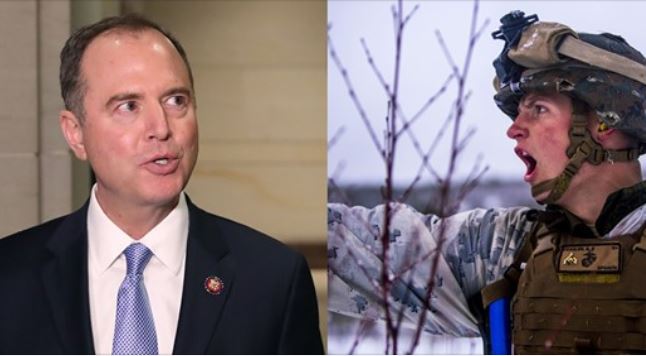 Opinion| Mark Sidney| I think we are on very dangerous ground when it comes to the treatment of the so called ‘whistle-blower.’

On the one hand, if this were to be a real whistleblower, who witnessed corruption and risked their entire career and livelihood to expose said corruption, they need to be treated with the utmost respect and be afforded all the protections of the law.

As proponents of ‘draining the swamp’, we should want to create the most welcoming environment possible when it comes to whistleblowers, as without them, how would we get to the bottom of the swamp to pull it’s plug?

However, this reverence for WBs also comes with risks. These very statues which where were set up to protect honest actors with damning intel, can be used and abused by bad actors seeking to undermine the President, or others in the power structure, under false pretenses.

The more I learn about the man who’s name we are forbidden of whispering by the tech oligarchs, the more I am of the opinion that he is part of the latter group.

Also, the more we learn about Schiff’s star wittness, Lt. Col. Alexander Vindman, the more I worry that he is exactly what the Democrats projected onto Trump- an agent doing the bidding, whether knowingly or unknowingly, of a hostile foreign power. To be clear, this is my opinion. This has not been proven in a court of law … yet.

Let’s go to a piece from The Gateway Pundit:

“Adam Schiff’s star witness Alexander Vindman testified to the House Intel Committee that he “thought” the President was wrong in his policy with Ukraine. So he later told Ukrainians to ignore the President.

Alexander Vindman’s testimony was recently released and it shows an ignorant underling in the NSC who believed the President’s policy in the Ukraine was flawed and because of this Vindman notified a group of ‘Ukrainians’ to ignore the President’s requests.

The Conservative Treehouse reported on the release and highlighted some interesting pieces from the testimony. Apparently in his opening remarks young Vindman stated that he believed the President ‘demanded’ something from the Ukrainians. Representative Ratcliff destroyed him on this assertion.

Fellow soldiers are also slamming Vindman wearing his uniform to testify as if he is “pushing a coup.””

Again, it is a very fine line we are walking here, but the more and more I learn, I am of the mind that this is a coup, and not an honest actor looking out for the best interests of the nation.

Rather, this has all the markings of a planned hit job on President Trump, seemingly by the same cast of characters who have been trying to take POTUS out since the day he was elected, hell, even WAY before that!

Some of Alexander Vindman’s fellow soldiers have blasted him for testifying in uniform during the House impeachment hearings, accusing him of politicizing the military by stating personal opinions that were highly critical of President Trump.

Vindman, 44, the National Security Council’s Ukraine director, was thrust into the political spotlight when he testified before Congress on Oct. 29 as one of the few people who listened in on a July phone call between Trump and Ukrainian President Volodymyr Zelensky.

His appearance in uniform has been a point of contention. Military members detailed to the NSC typically wear suits but Vindman gave his testimony in uniform, and was lauded for having been awarded a Purple Heart for being wounded in Iraq, and a Combat Infantryman’s Badge.

“This is a bad look for him to be in uniform,” an active duty military officer stationed at the Pentagon told the Washington Examiner. “He makes it look like the Army is behind this. Like the Army is pushing a coup.”

Don’t take my opinion, listen to this American Hero in uniform.

We are witnessing another incarnation of the coup against Trump. Will you still idly by and watch our Republic be torn to shreds, or will you use your voice to help sound the alarm?

We hope you join us in defending the Republic from all enemies, bother foreign AND DOMESTIC.