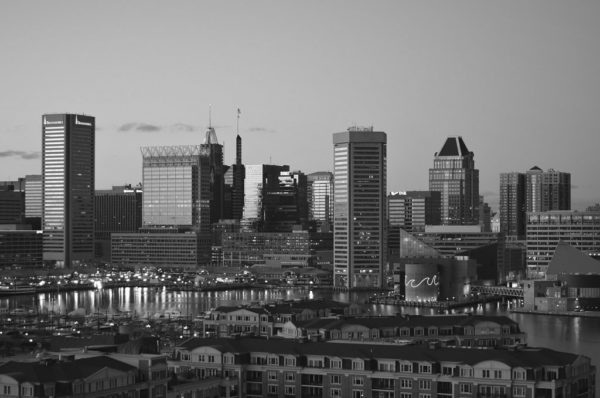 It would be funny if it weren’t sickening. Reporters, activists, and even TED Talks are promoting the “Ceasefire Weekend” movement in Baltimore. You can buy the movement’s T-shirts and hoodies and download its “theme song.” You can learn about “sacred space rituals” to commemorate victims.

Criminals aren’t paying attention. In 2017, two people were shot during the inaugural “Nobody Kill Anybody” weekend. Last weekend was 2020’s first “Ceasefire Weekend.” There were 15 shootings that left four dead. In one case, perps fired on police. On Monday afternoon, there were four more shootings and two people dead.

The same weekend, Mayor Bernard “Jack” Young signed the Elijah Cummings Healing City Act to set up “a citywide task force to identify ways to reduce trauma for children.” President Trump feuded with the late Congressman Cummings in July 2019, when he tweeted that his district was the “worst run and most dangerous anywhere in the United States,” where “no human being would want to live.” Journalists and Democrats attacked the president. Last weekend shows that the new task force won’t run out of “trauma” to fight anytime soon.

Even before last weekend, Baltimore was already on pace to surpass 2019’s homicide count. Last year, there were at least 348, the second-highest number ever recorded, just five shy of 1993’s record of 353. Of course, there were also 125,000 more people in Baltimore then. The population of “Charm City” has dropped for four straight years.

Mayor Young complains that a “small percentage of criminals” is wrecking “havoc” on Baltimore. Republican governor Larry Hogan called the situation in Baltimore “out-of-control” and “an urgent crisis.” He wants tougher sentences for gun crimes and witness intimidation. The Baltimore police union says the city government doesn’t support them.

In a curious coincidence, last weekend also began with an “anti-racism rally” in the affluent, 75 percent white, Roland Park section of the city. A few weeks ago, a white woman supposedly yelled the N-word at students walking by. The Baltimore Sun decried this several times.

Roland Park is a white refuge in a black city. Baltimore is now less than 28 percent white. In 1910, the city was 85 percent white, and it had a white majority as late as 1970.

An occasional white lady shouting the N-word is not Baltimore’s problem. “Sacred space rituals” and “ceasefire weekends” won’t make the streets safe. Black violent crime is the problem. Baltimore needs a strong police force, competent government, and zero tolerance for filth and petty crime. Unfortunately, it’s not going to get those things anytime soon. “Baltimore is a perfect example of black-run America,” wrote Robert Hampton not long ago. If whites don’t organize, the entire country may end up like Charm City.

Mr. Hood is a staff writer for American Renaissance. He has been active in conservative groups in the US. His work can also be found on: Parler, Gab, Telegram, and VK.
(Visited 3 times, 1 visits today)
Share
Tweet
Share
Pin