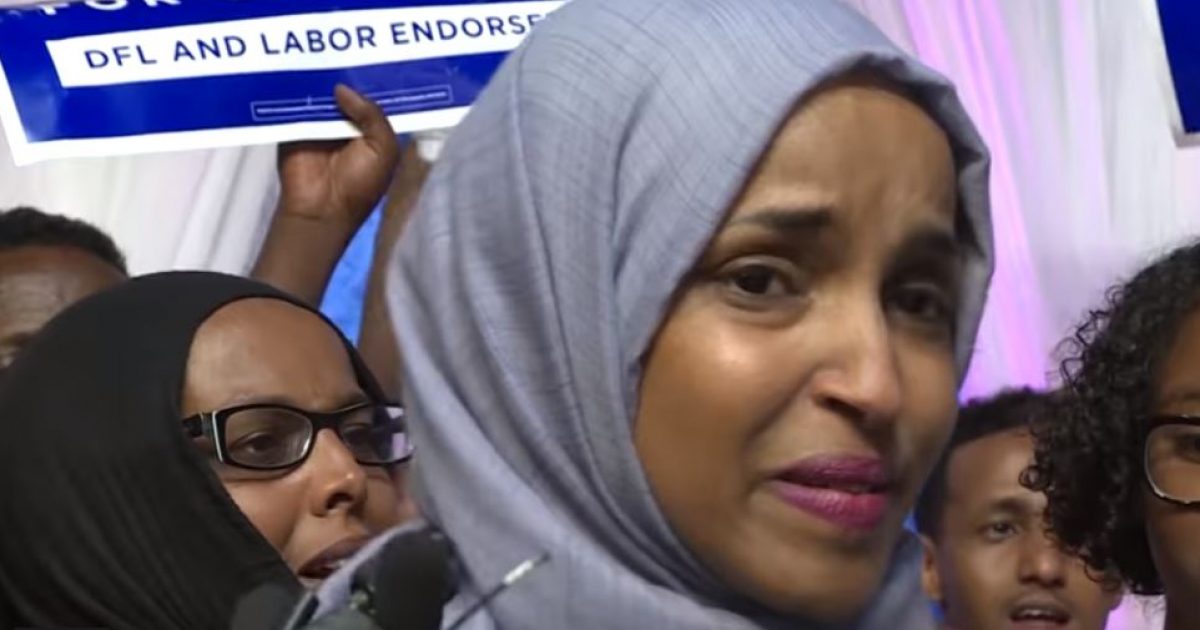 (Washington, DC) – Judicial Watch announced today that it hand-delivered ethics complaint to Chairman of the U.S. House of Representatives Office of Congressional Ethics David Skaggs calling for a full investigation into potential crimes tied to allegations that Rep. Ilhan Omar may have married her biological brother.

“The evidence is overwhelming Rep. Omar may have violated the law and House rules. The House of Representatives must urgently investigate and resolve the serious allegations of wrongdoing by Rep. Omar,” stated Judicial Watch President Tom Fitton. “We encourage Americans to share their views on Rep. Omar’s apparent misconduct with their congressmen.”

The Judicial Watch complaint is reprinted below:

Judicial Watch is a non-profit, non-partisan educational foundation, promoting transparency, accountability and integrity in government and fidelity to the rule of law. We regularly monitor congressional ethics issues as part of our anti-corruption mission.

This letter serves as an official complaint with the Office of Congressional Ethics (OCE).

Substantial, compelling and, to date, unrefuted evidence has been uncovered that Rep. Ilhan Omar may have committed the following crimes in violation of both federal law and Minnesota state law: perjury, immigration fraud, marriage fraud, state and federal tax fraud, and federal student loan fraud.

Such violations would also breach the Code of Ethics for Government Service, to which all federal officeholders are subject, “Any person in Government service should uphold the Constitution, laws, and legal regulations of the United States and all governments therein and never be a party to their evasion.”) Rep. Omar actions in this suspected immigration fraud, marriage fraud, perjurious statements on her Minnesota divorce filings, and falsifications on her tax returns, merit your immediate investigation.

In the words of investigative reporter David Steinberg: “The facts describe perhaps the most extensive spree of illegal misconduct committed by a House member in American history.”

The evidence developed against Rep. Omar was the result of a three-year-long investigation in both the United States and the United Kingdom by Mr. Steinberg and his investigative reporter colleagues Preya Samsundar and Scott Johnson. It is supported by information gathered from public records, social media postings, genealogy databases, computer forensic analysis, unaltered digital photographs, discussions between the investigative reporters and the subjects of the investigation themselves, and information supplied by confidential sources within the Somali-American community.

Documented-based reporting by Steinberg, et al. has developed the following information: Rep. Ilhan Abdullahi Omar, a citizen of the United States, married her biological brother, Ahmed Nur Said Elmi, a citizen of the United Kingdom, in 2009, presumably as part of an immigration fraud scheme. The couple legally divorced in 2017. In the course of that divorce, Ms. Omar submitted an “Application for an Order for Service by Alternate Means” to the State of Minnesota on August 2, 2017 and claimed, among other things, that she had had no contact with Ahmed Nur Said Elmi after June 2011. She also claimed that she did know where to find him. The evidence developed by Mr. Steinberg and his colleagues demonstrates with a high degree of certainty that Ms. Omar not only had contact with Mr. Elmi, but actually met up with him in London in 2015, which is supported by photographic evidence. Ms. Omar signed the “Application for an Order for Service by Alternate Means” under penalty of perjury. The very document that Ilham Omar signed on August 2, 2017 bears the following notation directly above her signature: “I declare under penalty of perjury that everything I have stated in this document is true and correct. Minn. Stat. § 358.116.”

Of particular importance are archived photographs taken during a widely reported trip by Ilhan Omar to London in 2015, posted to her own Instagram account under her nickname “hameey”, in which she poses with her husband/presumed brother, Ahmed Elmi. These photographs from 2015 are documentary evidence that in fact she met up with Mr. Elmi after June 2011 and before the date she signed the divorce document in August 2017, thereby calling into question the veracity of her claim that she had not seen Mr. Elmi since June 2011.

The State of Minnesota Campaign Finance and Public Disclosure Board has already determined that Rep. Omar violated state campaign finance laws for improper use of campaign funds. She was forced to reimburse her campaign thousands of dollars. More significantly, the Board discovered that the federal tax returns submitted by Rep. Omar for 2014 and 2015 were filed as “joint” tax returns with a man who was not her husband, named Ahmed Hirsi, while she was actually married to Ahmed Elmi.

Under federal law, specifically, 26 U.S. Code & 7206.1, “Any person who willfully makes and subscribes any return, statement, or other document, which contains or is verified by a written declaration that it is made under the penalties of perjury, and which he does not believe to be true and correct as to every material matter … shall be guilty of a felony and, upon conviction thereof, shall be fined not more than $100,000 ($500,000 in the case of a corporation), or imprisoned not more than 3 years, or both, together with the costs of prosecution.”

Rep. Omar’s federal tax returns must be examined to determine whether any additional falsifications were made.

Mr. Steinberg, et al. have engaged in meticulous research and reporting over a period of years. They have demonstrated with a high degree of probability that Rep. Ilhan Omar has violated House Ethics Rules, federal and state laws.

We call upon the Office of Congressional Ethics to launch an investigation into Rep. Omar’s conduct immediately.

This press release reprinted with permission from Judicial Watch.