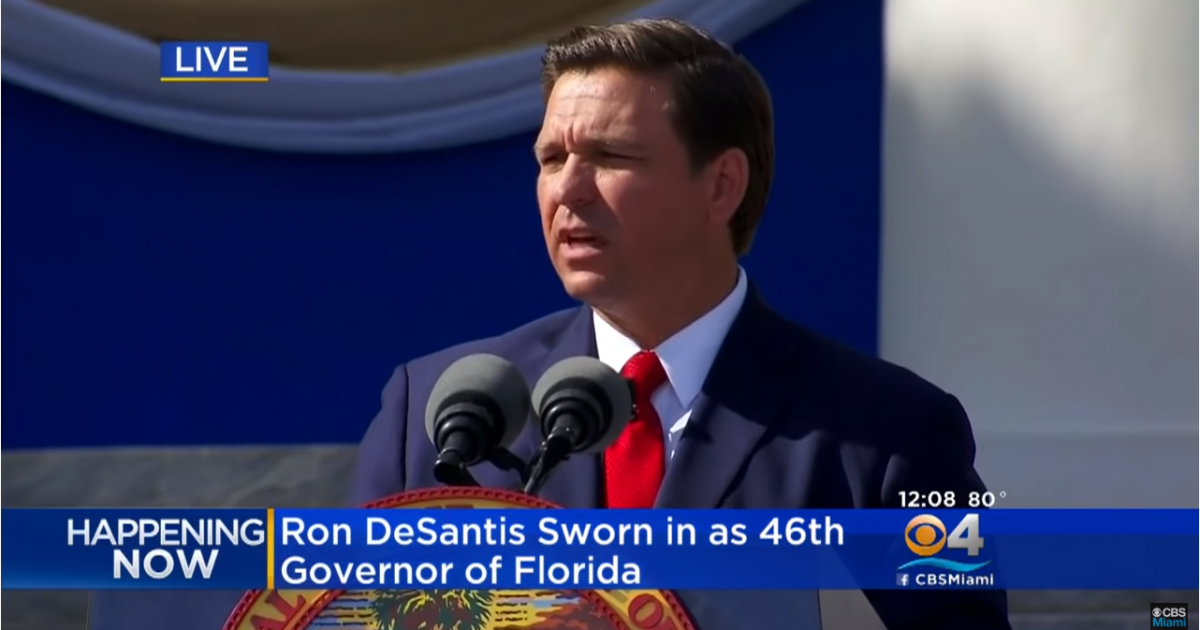 Editor’s Note: Finally some common sense to protect our children. In an era where the libs want to teach our kids to play dead and throw harmless objects at active shooters, Florida has had enough. Let the teachers carry guns and teach them how to use them.

Two days after a school shooting in Colorado claimed one life, Florida Gov. Ron DeSantis signed legislation that will allow more teachers to be armed in the classroom if okayed by their local districts, despite opposition from gun prohibition groups.

DeSantis signed the measure in private only hours before an attempt by anti-gun politicians to exploit a vigil for the victims of the STEM Highland Ranch incident in Colorado backfired. Students and parents attending that vigil “stormed out” of the event, according to the Denver Post.

Denver’s KUSA reported that frustrated students denounced the exploitation. One unidentified student told the audience, “What has happened at STEM is awful, but it’s not a statistic. We can’t be used [as] a reason for gun control, we are people, not a statement.”

One student, Kendrick Castillo, 18, heroically died when he jumped one of the two student gunmen almost immediately. Castillo was fatally wounded as he and two other students reportedly “slammed” the suspect against a classroom wall.

It is this kind of incident, and reaction to the 2018 mass shooting at Marjory Stoneman Douglas High School in Parkland that motivated passage of the new Florida law. According to the Unified Sportsmen of Florida (USF), Gov. DeSantis signed the legislation “within hours after receiving it.”

The legislation was in response to one of the recommendations of the Marjory Stoneman Douglas Commission led by Sheriff Bob Gualtieri that was created last year after the Parkland tragedy.

Under the new law, county sheriffs will be required to establish a “school guardian program.” The Office of Safe Schools will provide annual training for teachers who participate in the program. School boards and superintendents will “partner” with local authorities to “establish or assign safe-school officers,” according to USF.

There is also a provision to establish training standards “for classroom teachers who choose to go through training in order to be armed at school.” No teacher will be required to participate in this program.

According to Marion Hammer, USF executive director, the House vote on SB 7030 was 65-47 with five Republicans joining Democrats to vote against the measure. Over in the state Senate, the vote was 22-17 with one GOP defection.

The contrast between Florida and Colorado is striking. While Gov. DeSantis has signed a measure to improve school safety, out in Colorado, Sen. Michael Bennet, one of more than 20 Democrats now running for president, attempted to turn the vigil into a backdrop for his gun control agenda, and the crowd wasn’t having any of it.

A Brady Campaign youth group called “Team Enough” reportedly organized the Colorado event. After the walkout, the Brady group released a statement that said, in part, “We are deeply sorry any part of this vigil did not provide the support, caring and sense of community we sought to foster and facilitate and which we know is so crucial to communities who suffer the trauma of gun violence.”

But Alan Gottlieb, chairman of the Citizens Committee for the Right to Keep and Bear Arms, suggested in a prepared statement that the Brady camp should have expected a politician to turn the vigil into a “gun control rally.”