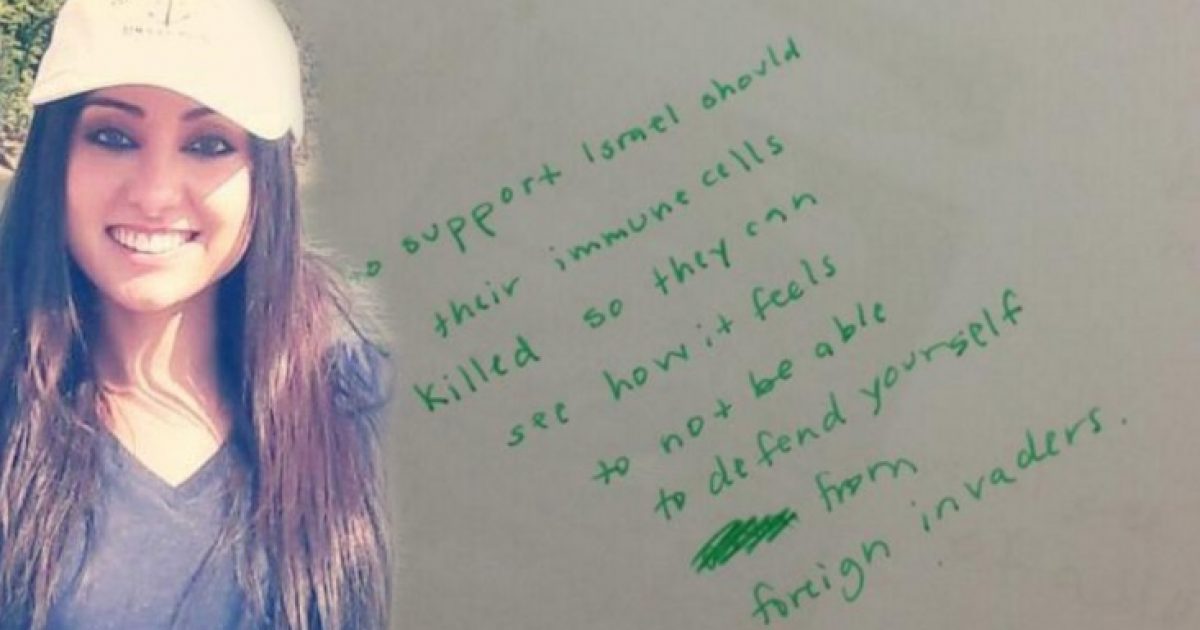 After Canary Mission’s original report on Lara Kollab, the Muslim doctor who talked about giving Jews the wrong medicine, went viral, she issued the expected apology, claiming that she had been immature and apologizing for all the pain she had caused.

The issue isn’t whether she caused people emotional pain, but that someone trying to be a doctor was discussing poisoning a particular ethnic group with the wrong medicines.

This is a compelling reason to make sure that she never has a position where she’s able to work with anything more advanced than frogs.

And, Canary Mission has also dug up more social media from Kollab. And while she’s claimed that her hate predated her pursuit of medicine this murderous thought not only dates back to a medical exam, but was part of her notes.

On May 4, 2013, Kollab tweeted: “Studying for my med micro final, came across this. Clearly, I pay attention in class and write very useful notes.”

“People who support Israel should have their immune cells killed so they can see how it feels to not be able to defend yourself from foreign invaders.”

Someone who openly fantasizes about using their profession to inflict harm on a population should never be allowed to practice medicine.