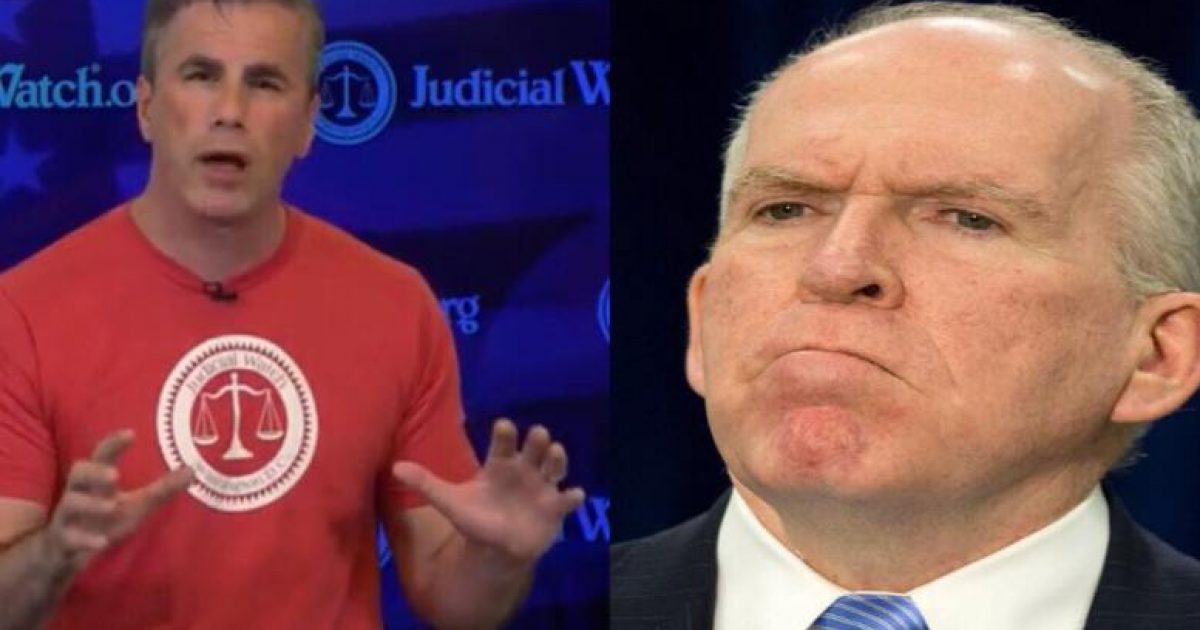 When DOJ Inspector General Michael Horowitz released his report last month on the FBI’s investigation into Hillary Clinton’s use of a private server during her tenure as Secretary of State, he said that, although he found evidence that FBI officials held strong anti-Trump bias, he could not find evidence that their bias affected the key decisions in the case. Well, here is your evidence, Mr. Horowitz.

Tom Fitton, founder and editor of Judicial Watch, confirmed they received documents (at 5:30 on a Saturday evening) related to the FBI’s application for the FISA warrant (and renewals) to surveil former Trump foreign policy advisor, Carter Page. Although they were heavily redacted, including entire pages, they do indeed indicate that the Steele Dossier was the “major component.” The documents can be viewed here. Fitton put out a statement Saturday night:

These documents are heavily redacted but seem to confirm the FBI and DOJ misled the courts in withholding the material information that Hillary Clinton’s campaign and the DNC were behind the “intelligence” used to persuade the courts to approve the FISA warrants that targeted the Trump team. Given this corruption, President Trump should intervene and declassify the heavily redacted material.

The document states: “The FBI speculates to the FISA court that the U.S. person was likely looking for information that could be used to discredit candidate 1’s campaign.”

It omits the single, most significant fact about the dossier, which is who exactly was behind it. The FBI, the nation’s top law enforcement agency, left out the game-changing information that the Dossier was bank-rolled by the Hillary Clinton Campaign and the DNC, which Hillary had bailed out financially and essentially controlled.

They left out the fact that Glenn Simpson, co-founder of opposition research firm Fusion GPS, commissioned former British spy Christopher Steele, to put together the dossier.

And they failed to say that Nellie Ohr, the wife of senior Justice Department official Bruce Ohr, was hired to help investigate then-candidate Donald Trump last year. She was hired to help, meaning she had not been an existing Fusion GPS employee. She was especially hired because of whom she was married to.

This is not speculation. Glenn Simpson acknowledged this in a court document, saying that they “contracted with her to help our company with its research and analysis of Mr. Trump.” He also said that Bruce Ohr met with Steele during the 2016 campaign. Following Simpson’s testimony, Bruce Ohr was demoted at the DOJ.

Had the FBI revealed the true origin of the document on the FISA warrant application, it would never have been approved. FBI officials were keenly aware of this, so they hid information.

Following the release of the DOJ documents, Carter Page said, “I’m having trouble finding any small bit of this document that rises above complete ignorance and/or insanity.”

Powerline’s John Hinderaker, who practiced law for over 40 years, points out four observations from his first glance at the documents.

Notwithstanding such speculation in the Democratic Party press, the Trump administration has, in fact, agreed to send a $200 million military aid package to Ukraine. So the Carter Page warrant was obtained, at least in part, on the basis of groundless speculation in anti-Trump newspapers. Amazingly, the FISA application relies on “speculation in U.S. media” for the proposition that Russia was behind the phishing of DNC emails. This is truly pitiful.

4. Fourth, we still don’t know who at the FBI assembled the FISA application, since that person’s signature is redacted. But we do know who approved it–hyper-partisans James Comey and Sally Yates.

That probably tells us all we need to know about the veracity of the FISA application. Perhaps one day we will learn that Peter Strzok was the Democratic Party activist who prepared the application.

What I really want to know is the identity of the judge who signed off on the surveillance of Carter Page, based on such flimsy grounds. Some are speculating that he must be from Hawaii.

Page, during a closed-door interview with lawmakers, confirmed in the most pained and contorted way that the message in fact referred to the quality of the Russia case, according to multiple eyewitnesses.

The admission is deeply consequential. It means Rosenstein unleashed the most awesome powers of a special counsel to investigate an allegation that the key FBI officials, driving the investigation for 10 months beforehand, did not think was “there.”

By the time of the text and Mueller’s appointment, the FBI’s best counterintelligence agents had had plenty of time to dig. They knowingly used a dossier funded by Hillary Clinton’s campaign — which contained uncorroborated allegations— to persuade the Foreign Intelligence Surveillance Act (FISA) court to issue a warrant to monitor Trump campaign adviser Carter Page (no relation to Lisa Page).

If President Trump wants to put an end to this bogus case, he must order the DOJ to produce an unredacted copy of this material. I don’t understand his hesitation to do so.