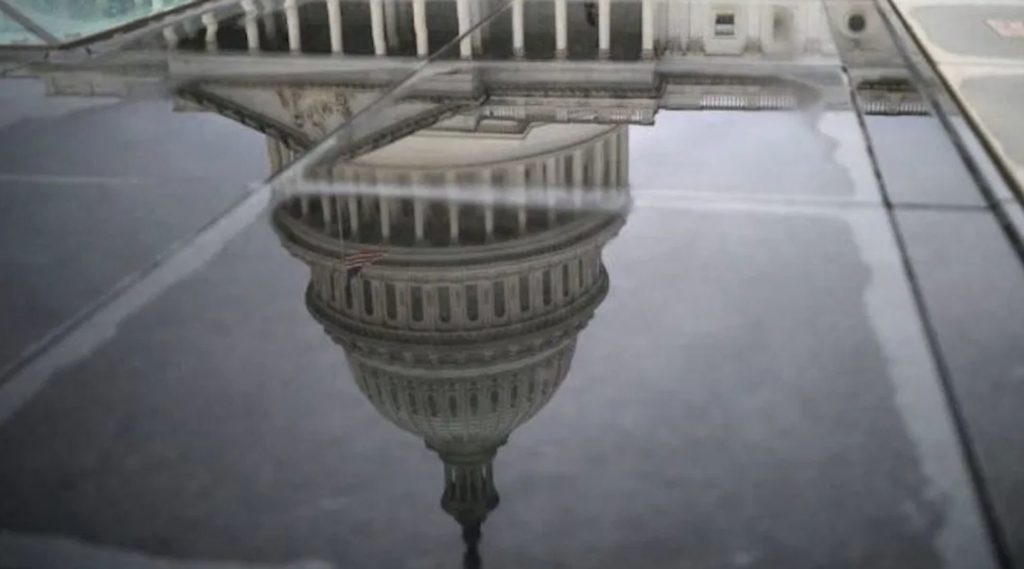 As Americans wait for their $600 stimulus check, the rich get richer and the U.S. government ignores the needs of the people.

The U.S. Congress has approved the largest spending bill ever, disguised as a “COVID-19 Stimulus Bill”. The “Consolidated Appropriations Act 2021” has been promoted by politicians and mainstream media as a government effort to provide the people with relief from the ravages of COVID-19 and government enforced lockdowns. Unfortunately, the people have once again been shafted.

Even mainstream propaganda outlet The Washington Post noted the presence of tax breaks for lobbyists:

These measures, added onto the broader spending bill, are known as “tax extenders” — tax breaks targeted at specific, sometimes niche industries. And routinely extending these “temporary” measures has become something of a year-end tradition, despite loud complaints from some lawmakers who allege the votes largely benefit special-interest groups who stand to gain financially from the outcome.

While the bill does allocate billions for the “fight against COVID-19,” the bulk of the funds ($22.4 billion) are going towards “expenses for testing, tracing, surveillance”, including “molecular, antigen and serological tests, the manufacturing, procurement & distribution of tests.” Of course, these funds for testing make no mention of the many problems associated with the PCR test that is commonly used.

However, the vast majority of the “stimulus bill” goes to items unrelated to fighting COVID-19. This includes expanding of 5G networks as part of the “Beat China by Harnessing Important, National Airwaves for 5G Act of 2020’’ aka the ‘‘Beat CHINA for 5G Act of 2020’’. There is also a provision allocating “not less than $15 million” for “democracy programs” and no less than $10 million for “gender programs” in Pakistan.

It’s clear that the passing of the bill by the U.S. Congress is another spit in the face of Americans who are increasingly unemployed, facing food shortages and depending on food banks at rates not seen in generations. Although Donald Trump has threatened to veto the bill – calling for up to $2,000 for every American – the reality is that many of his agendas stand to benefit from his signing of the bill.

Here are 5 more ways the “stimulus bill” is screwing over the American people and serving the will of the corporate state:

While Americans scrape by, the U.S. government is preparing to give billions to foreign nations, including Egypt, Sudan, Ukraine, Israel, Burma, Pakistan, and Cambodia.

The U.S. Congress also managed to sneak in $33 million for “democracy programs for Venezuela”, a clear continuation of regime change efforts in that nation. Additionally, Ukraine will be given $275 million “to provide assistance, including training; equipment; lethal assistance; logistics support, supplies and services; sustainment; and intelligence.” Another section of the bill gives $453 million for “assistance for Ukraine.” The funds for Ukraine are likely part of the effort to destabilize Russia and give the U.S. a foothold in the region long into the future.

Section 313 of the bill, Public Awareness Campaign on the Importance of Vaccinations, calls on the Director of the Centers for Disease Control and Prevention to award grants and contracts for “public or private entities” for a “national, evidence-based campaign to increase awareness and knowledge of the safety and effectiveness of vaccines.” The section also calls for fighting “misinformation about vaccines” and promoting “scientific and evidence-based vaccine-related information.”

The campaigns to promote vaccines and combat “misinformation” would include “the use of television, radio, the internet, and other media and telecommunications technologies.”

The stimulus bill also includes controversial copyright and trademark measures which could create confusion and potentially criminalize online streaming. TechDirt reported that, “small changes can not only have a massive impact, that impact can be on the public’s ability to express themselves. The idea that two such bills should be jammed through in this manner is a total and complete travesty.”

Evan Greer, the Deputy Director for Fight for the Future, accused congressional leaders of ignoring the American people and serving Hollywood companies like Disney. Greer and Fight for the Future warn that changes to copyright law could have “profound implications” for online freedom of expression.

“The CASE Act is a terribly written law that will threaten ordinary Internet users with huge fines for everyday online activity,” Greer stated. “It’s absurd that lawmakers included these provisions in a must-pass spending bill.”

4. Billions to the War Machine

Of course, a 5,000 page bill would not be complete without replenishing the stocked arsenal of the U.S. military. DefenseNews noted the bill includes “$627.3 billion in base funding and $68.7 billion in wartime overseas contingency operations funding.” Here is a (partial) rundown of what various departments have been awarded as part of the “stimulus” bill:

A “COVID-19 Stimulus” bill wouldn’t be complete without giving billions to the Global Vaccine Alliance, founded and funded by the Bill and Melinda Gates Foundation. As TLAV has previously reported, the Trump Administration has already awarded GAVI billions of dollars earlier this year.

Under a section titled Global Health Programs, the stimulus bill allocates $4 billion dollars to “prevent, prepare for, and respond to coronavirus, including for vaccine procurement and delivery.” These funds will be administered the United States Agency for International Development and “shall be made available as a contribution to The GAVI Alliance.” On page 1278, there is another provision for $3.2 billion made available to GAVI.

Interestingly, there is a notice that “none of the funds made available in this Act” should be made available to any organization which “supports or participates in the management of a program of coercive abortion or involuntary sterilization.”

What’s left for the people?

It’s important to recognize that the politicians, lobbyists, and corporate partners – what we call the Predator Class – do not care if Americans suffer. They are perfectly content with watching the economy crash and Americans suffer. This is because their agenda is The Great Reset, the reimagining of not only the American economy, but the global economy.

The only hope is for the American people – and the people of the world – to get organized and push for a Greater Reset.

Question Everything, Come To Your Own Conclusions.