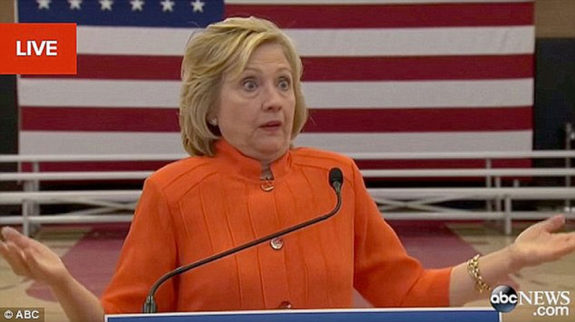 Isn’t it funny how many times The Clintons seem to get caught with their hands in the proverbial cookie jar, WITHOUT consequence?

This is American politics.

Politicians, on BOTH sides of the aisle, are a protected class.

I think it’s time we revisited some of Hillary’s Russian ties.

Because the Russian Government put tens of millions of dollars into Clinton Foundation coffers only to see Hillary Clinton, and others, accuse Donald Trump of Russian collusion.

No consequences for a traitor.

Here’s a refresher from an old (2016) Free Beacon article:

A Moscow-based technology initiative funded in part by the Russian government funneled tens of millions of dollars into the Clinton Foundation while Hillary Clinton was serving as secretary of state, according to a new report released Monday.

Yet 17 of the 28 American, European, and Russian companies that participated in the Skolkovo initiative were Clinton Foundation donors or sponsored speeches for former President Bill Clinton.

David Rutz breaks down the most important news about the enemies of freedom, here and around the world, in this comprehensive morning newsletter.

The amount of money given to the foundation from “key” Skolkovo partners ranges from $6.5 to $23.5 million, according to Clinton Foundation data. The foundation only discloses donations in ranges, making it difficult to track the exact amount.

The FBI and U.S. Army determined that Skolkovo had transformed into a “dangerous pathway” for Russian technological espionage and boosted the military’s technological capabilities.

Many Skolkovo research projects used “dual-use” technologies, meaning the operations have both civilian and military uses, the report said.

The FBI in 2014 issued “an extraordinary warning” to U.S. tech companies against involvement in the Skolkovo initiative. The agency concluded that the “true motives” of the Russian partners, who were backed by President Vladimir Putin’s government, were to obtain “classified, sensitive, and emerging technology from the companies.”

“The foundation may be a means for the Russian government to access our nation’s sensitive or classified research development facilities and dual-use technologies with military and commercial application,” Lucia Ziobro, the assistant special agent at the FBI’s Boston office, said in a statement.

Meanwhile, Clinton campaign chairman John Podesta sat on the executive board of Joule Energy, which claimed to pioneer technology based on harnessing energy from the sun and participated in the Skolkovo initiative.

During Podesta’s time on the board, a Putin-linked government fund gave $35 million to the company.

When Podesta became President Obama’s senior adviser, he failed to disclose his membership on the board in his federal financial disclosure forms as required by federal law.

“I think that everybody at the Russian reset table seems to walk away with something,” Schweizer told the New York Post.

“The Clintons, they get their donations and speaking fees in the millions of dollars. The Russians get access to advanced US technology. The tech companies [that participated in the reset, including Cisco, Intel, Microsoft] get special access to the Russian market and workforce,” Schweizer added. “At worst, [Russia gets] a more robust military, with technologies that we helped develop, and that can be sold to our enemies.”

Did Hillary sell out to Russia while still serving as Secretary of State?

Who haven’t the Clintons sold out to?

This isn’t even the only instance of shady dealings Hillary had with Russia.

Believe it or not there are way more stories we’ve printed over the years about Clinton Money schemes and scams.

Hillary has hinted that she is disappointed in the 2020 Dems and really wants to beat Trump.

I wish she’d just shut up and try to do it.

No way in hell would she stand a chance against Trump in 2020.

It’s been proven that millions of the votes she received were obtained by questionable means, so she really didn’t even make it close in 2016, no matter what she says or thinks.

I think it’s good to remember what these people are all about.

Hillary Clinton is not fit for The White House.

She would look great in orange however. 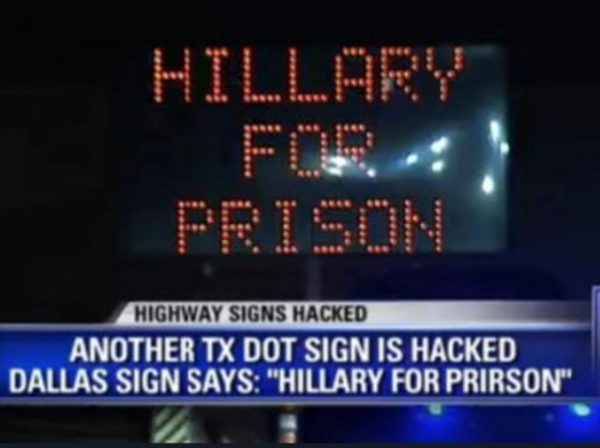 I’m sure the Russians are behind that too.

You can tell because they misspelled prison.

They now control our media, but they have always controlled Hillary.

Every time you try to act righteous & relevant, someone like me will remind Americans of who you really are.

You can’t kill us all.