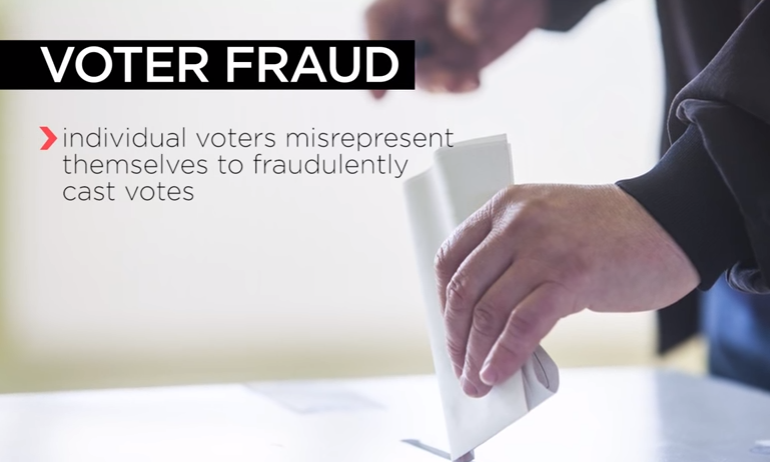 “I don’t think there’s any place in the country where you should have more confidence that your vote counts than in the State of Florida,” DeSantis said at the time.

DeSantis recently announced that through the office and in conjunction with the office of the Attorney General and the Florida Department of Law Enforcement, the state has arrested and charged 20 individuals across the state for voter fraud.

“You can have all these great policy reforms and it’s important to do it, but if it’s not actually enforced, then what difference is it gonna make at the end of the day? If people don’t think they will be enforced, violations will still continue. That’s just the way it goes,” he said. “We want to make sure we have laws in place and we want those laws to be enforced.”

Most of the illegal votes, DeSantis said, came from individuals in Palm Beach, Broward and Miami-Dade. (Related: How massive voter fraud was facilitated in three swing states: Pennsylvania, Georgia and Nevada.)

“Although there are others in other parts of the state, these folks voted illegally. In this case, and there’s gonna be other grounds for other prosecutions in the future,” DeSantis said. “They are disqualified from voting because they’ve been convicted of either murder or sexual assault and they do not have the right to vote. They have been disenfranchised under Florida law, and yet they went ahead and voted anyway.”

These individuals did not go through the process of restoring their voting rights, and DeSantis is adamant that they pay the price for illegally voting.

“They are being charged with election fraud. This is a third-degree felony in the state of Florida.” These individuals could face up to a $5,000 fine and up to five years in prison.

DeSantis: We have an obligation to make sure US citizens are voting

This is only the first step for DeSantis and the state of Florida.

DeSantis said there are ongoing investigations into people who voted in two different jurisdictions. He added that there are illegal aliens who voted in the previous election.

“We want the federal government to be working constructively on this, and so far, that has not been the case. We have an obligation to make sure that U.S. citizens are voting,” DeSantis said.

Florida Attorney General Ashley Moody agreed with the governor, saying that opening the office was a very important step. “In Florida, we work diligently to ensure free and fair elections and the confidence of our citizens.”

However, there are things to be considered. Cecile Scoon, president of the nonpartisan League of Women Voters of Florida, raised concerns about the office, such as how law enforcement will be utilized and if their presence will be felt at the polling centers.

“It’s potentially threatening people. They feel these police — how are they going to be utilized? Are they going to be standing over people’s shoulders?” she asked. (Related: Former Trump campaign strategist announces voter fraud probe in seven key states.)

DeSantis is a potential presidential candidate in 2024 and is up for reelection during the midterms.

Visit BigGovernment.news for more updates about the crackdown on voter fraud.

Watch the video below to know more about the voter fraud arrests.

Left claims “no evidence” of voter fraud, even as proof continues to pile up.

Tsunami of voter fraud evidence is about to sweep away media’s claim that Biden won.