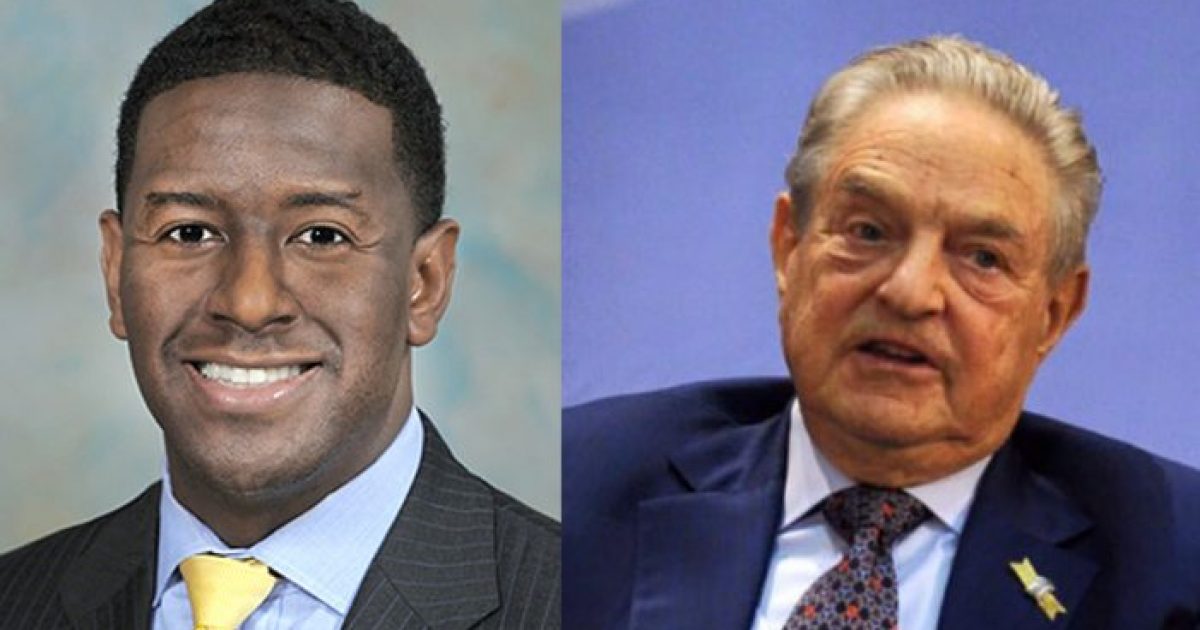 The first rule of Soros Club is no one talks about it. That’s also the second rule. Just ask J Street. You’re supposed to pretend that your money came from assorted random donors, and that you’ve never even heard of this Soros guy.

On Meet the Press on Sunday, host Chuck Todd interviewed Florida Democratic gubernatorial candidate Andrew Gillum on several topics relating to his campaign, and to politics in general. At one point, Todd asked Gillum about the big money he’s received. Making no bones about it, Gillum directly thanked George Soros and Tom Steyer, without whose donations Gillum’s campaign may not have survived the primary.

“You ran as an unabashed Progressive Democrat. You’re for Medicare for all, you talk about getting rid of I.C.E. And some things there,” said Todd. “But I’m curious, one of the things, you were supported by two billionaires who came in and helped your campaign and largely your campaign early on was funded by them, George Soros and Tom Steyer.”

“Well, I’ll tell you, I’m obviously deeply appreciative of Mr. Soros, as well as Mr. Steyer, both men who I’ve known them for some time, said Gillum. “But our campaign was propped up by a lot of small contributions including my mother who was on auto deduct of $20 a month into our campaign.”

But you can’t blame Andy. George Soros and his Democracy Alliance pals subsidize the left. If the left didn’t have a giant money pipeline, it would be stuck handing out badly mimeographed flyers outside NYU dorms.

And, it’s not as if the left has ever been anything except a project by wealthy lefties to denounce other people’s wealth.

Nor are Dems about to stop the money machine. Their idea of campaign reform is to create a scorched earth landscape where guys like Soros are in the driver’s seat because candidates are limited in the donations they can expect, but there are no limits on lefty organizers.

So yeah, Andy is deeply appreciative of George Soros and Tom Steyer and the other out-of-state donors without whom he would be sitting at a council meeting somewhere while trying not to yawn.