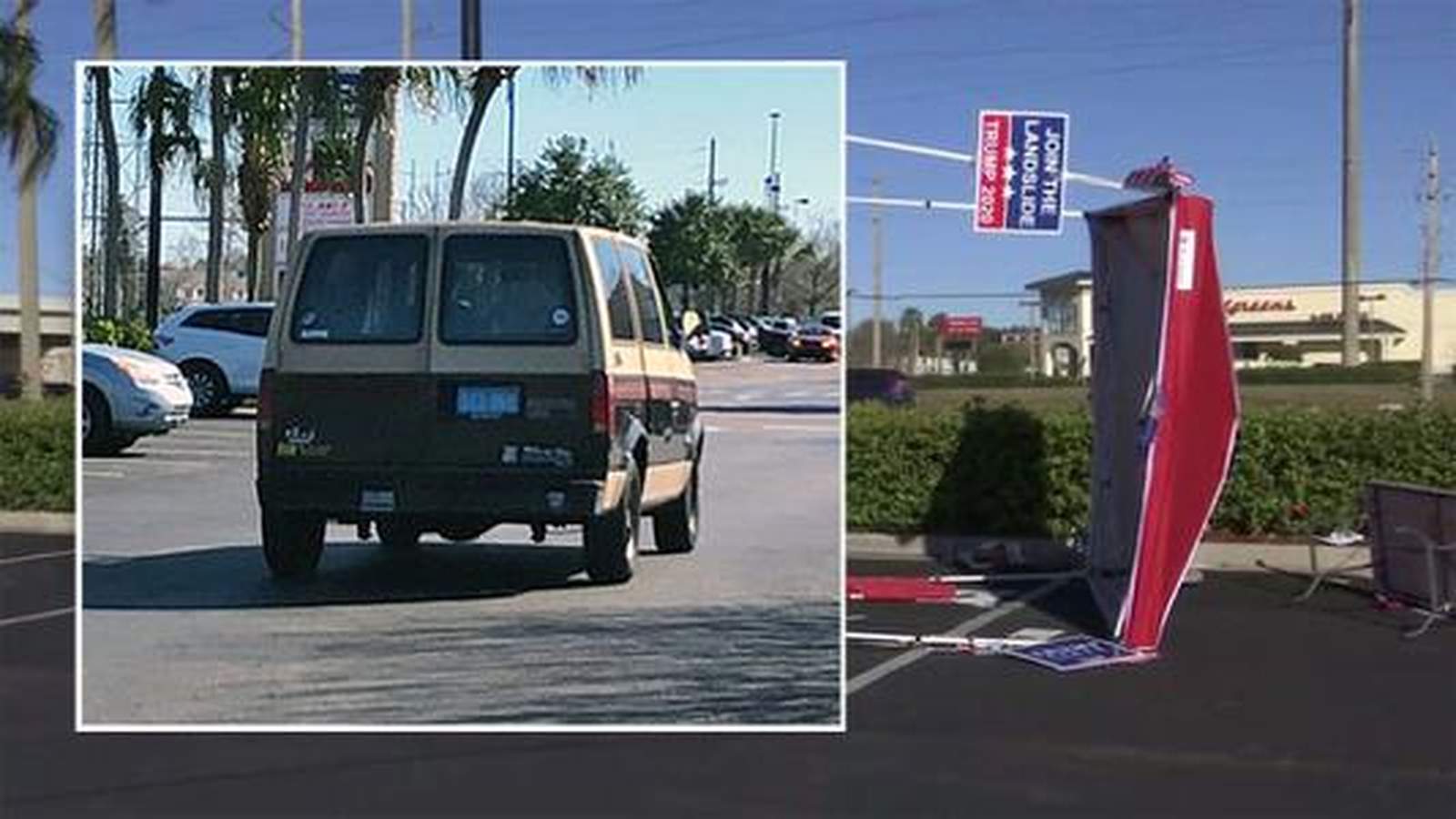 Another possible case of Trump Derangement Syndrome manifested on Saturday in Florida.

A young, presumably liberal, man in his 20s decided to try to mow down a group of GOP volunteers that were registering voters.

Authorities in Florida said on Saturday that a man deliberately rammed a vehicle into a tent of Republican volunteers who were registering people to vote.

“Jacksonville police say a driver intentionally crashed a van through a tent where Duval County GOP volunteers were registering voters Saturday afternoon,” The Florida Times-Union reported. “Several Duval County GOP volunteers were working at the registration tent when a white man in his early 20s driving an older – possibly 1980s – brown van pulled up toward the tent.”

Lt. Larry Gayle of the Jacksonville Sheriff’s Office told reporters that law enforcement was looking at the incident “as in reference to interruption of the political process.”

“We are investigating this as a aggravated assault,” Gayle said. “Several people were in the area and could have been seriously hurt. … JSO is taking the situation very seriously.”

Republican National Committee (RNC) Chairwoman Ronna McDaniel responded to the alleged attack by writing on Twitter: “These unprovoked, senseless attacks on @realDonaldTrump’s supporters need to end. I want to echo the @DuvalGOP in saying: We will not be silenced by cowards, and these disgusting acts will only make us work harder to win November.”

Both RNC Chair Ronna McDaniel and President Trump took time to tweet on the event.

These unprovoked, senseless attacks on @realDonaldTrump's supporters need to end. I want to echo the @DuvalGOP in saying: We will not be silenced by cowards, and these disgusting acts will only make us work harder to win November. https://t.co/GQ7OrbtSO2

Let’s forget the politics for just a moment.

The best news of all is that no one was hurt.

Intimidation seems to be a growing trend with both young and old leftists.

This is what the left has become.

If they want a war they will start a war.

They might be surprised how serious things get when their childish pranks get answered by people with guns.

You can only poke and prod for so long, before a sleeping bear awakens.

Then you’d better run like hell because no one messes with a sleeping bear without living to regret it.