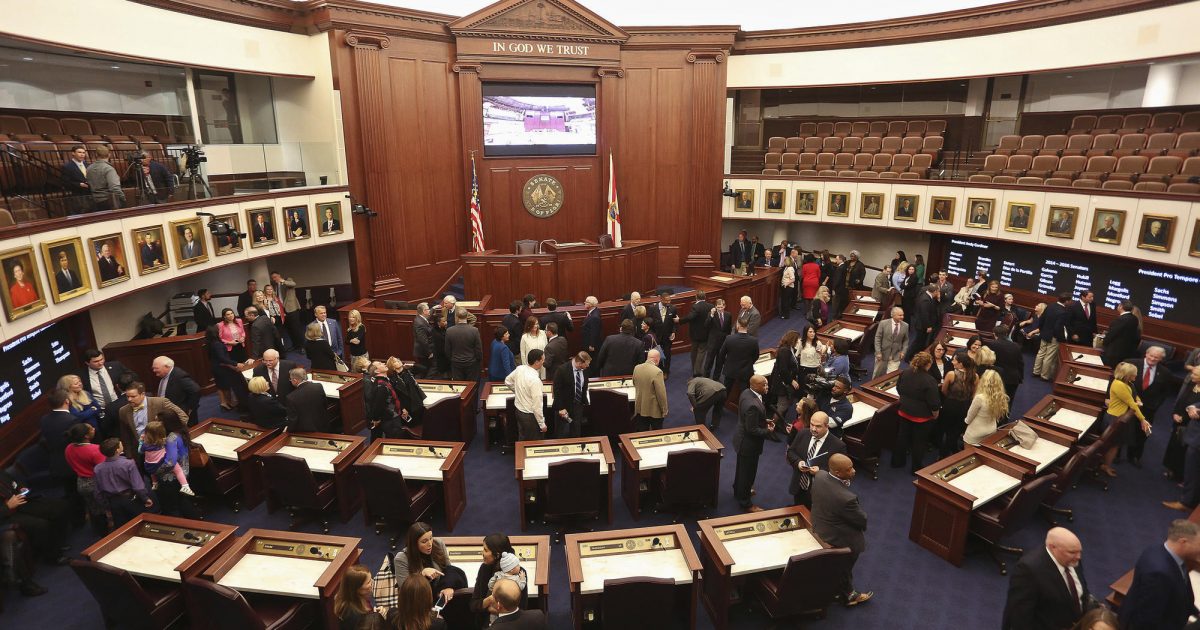 While I’ve been covering the corruption in the State of Florida, the Florida House of Representatives and the Senate both have voted in favor of legislation to ban sanctuary cities in the Sunshine State, and Governor Ron DeSantis is expected to sign the legislation passed by the Senate on Friday.

Following the vote by the House of Representatives, 69-47, in favor of legislation that would ban sanctuary cities in Florida, the Senate voted 22-18 to pass the legislation.

Now, the bill will go back to the House to clear up discrepancies in each version before it is sent to Governor DeSantis’ desk.

There is nothing expected to stand in the way of the legislation being signed into law.

OANN’s Ryan James Girdusky tweeted, “This bill isn’t about immigration policy, this about working with the federal government to enforce the existing law.”

“Remember, only 15 percent of illegal immigrants who have been arrested get detainer requests and it doesn’t guarantee you’re going to be deported,” he added.

Frankly, for a hundred years in the US, states determined immigration law until someone came up with the idea that the feds were better at that. Personally, I think that the more local government is the better it works in most cases because those representing the people have to actually look them in the eye and give an account for what they are doing or what they are failing to do.

While this seems to be a victory for Florida as the governor does support increased border security and the building of a wall on the southern border, despite the fact that immigrants arrive by boat on Florida shores and disappear into the population all the time, I’m also hoping that Governor DeSantis will also address the growing corruption in the state, especially as it mounts from all directions against one particular woman.

Exhibit A as to why Congress needs to authorize the Trump border wall. Fentanyl is now driving the opioid crisis — we can’t solve the crisis without a secure border! https://t.co/8TlMCBPy3z