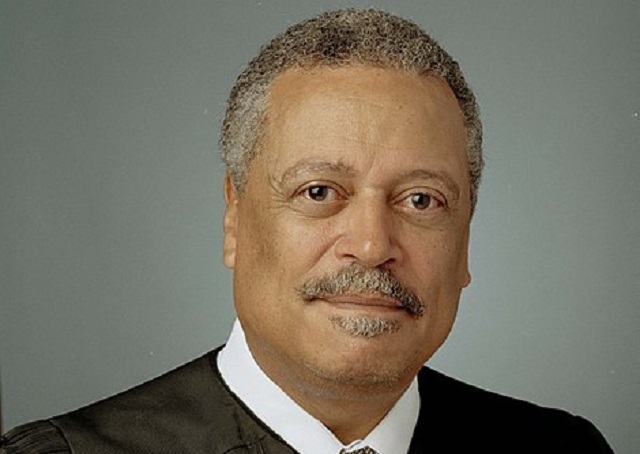 There is no limits to the utter lunacy of our judiciary.

A federal judge blocked the Trump administration’s attempts to speed up deportations for people with bogus asylum claims, ruling Wednesday that the president and his team had gone beyond what Congress intended.

Judge Emmet G. Sullivan — who a day earlier had excoriated former Trump National Security Adviser Michael Flynn — ordered the government to allow migrants with iffy claims to be given a full chance to make their case for asylum.

And he ordered the U.S. to un-deport plaintiffs in the case who were already ousted under the new policy, saying they deserve to be brought back and allowed to claim asylum.

“Because it is the will of Congress — not the whims of the executive — that determines the standard for expedited removal, the court finds that those policies are unlawful,” Judge Sullivan wrote.

We all must be subject to the whims of our bats**t crazy judiciary instead.

This is the same judge who suggested Michael Flynn committed “treason” on Tuesday only to walk it back after realizing he was completely uninformed.

Judge Emmet Sullivan started the second part of the proceedings by walking back some of his harshest comments.

“I made a statement about Mr. Flynn acting as a foreign agent in the White House,” he said. Sullivan added that he realized that was incorrect.

“I was just trying to determine the benefit and the generosity of the government,” he said. “Don’t read too much into the questions I ask.”

Van Grack said Mueller’s team has “no concern” or no reason to think Flynn committed treason.

Many of you have said with great confidence that Michael Flynn is indisputably guilty of treason and that Judge Sullivan was absolutely correct to bring it up in court. One problem: Mueller says not true. Via @adamgoldmanNYT: pic.twitter.com/vvFSLiNeGY

To recap: A heated and bombastic Judge Sullivan decided to extemporaneously wonder, in open court, whether Mike Flynn is guilty of treason — even though prosecutors never even came close to alleging that. He then apologized. Shows how pervasive the treason "meme" has become.

Daniel Horowitz on Wednesday accused Sullivan of treason for rewriting our immigration laws to foster an illegal invasion:

Judge Emmet Sullivan just became a traitor to his country by illegally re-writing asylum and fostering this invasion. This ruling, more than any other, enables the mother's milk of the most evil drug cartels.