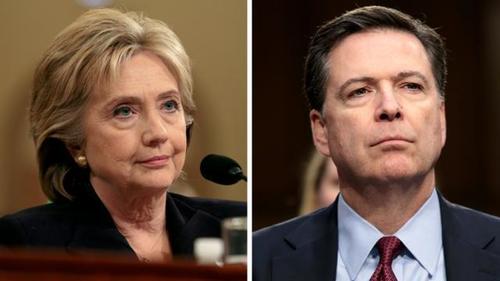 The top brass of the Obama FBI went to great lengths to justify their decision not to recommend charges against former Secretary of State Hillary Clinton for mishandling classified information, according to Judicial Watch, which obtained evidence that the agency created a ‘chart’ of Clinton’s offenses. 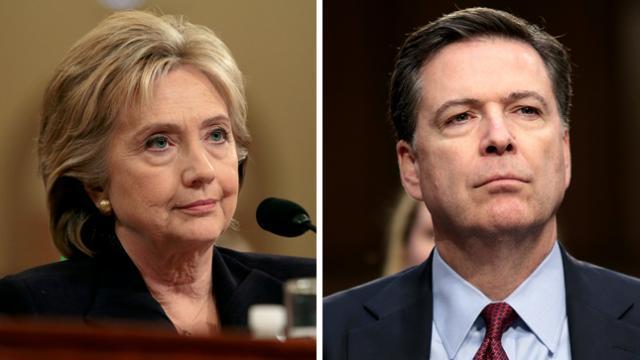 The newly obtained emails came in response to a court ordered Freedom of Information Act (FOIA) request that the DOJ had previously ignored.

Via Judicial Watch (emphasis ours):

[Redacted] writes: I am still working on an additional page for these TPs that consist of a chart of the statutory violations considered during the investigation, and the reasons for the recommendation not to prosecute, hopefully in non-lawyer friendly terms …

Strzok forwards to Page, Jonathan Moffa and others: I have redlined some points. Broadly, I have some concerns about asking some our [sic] senior field folks to get into the business of briefing this case, particularly when we have the D’s [Comey’s] statement as a kind of stand alone document. In my opinion, there’s too much nuance, detail, and potential for missteps. But I get they may likely be asked for comment.

[Redacted] writes to Strzok, Page and others: The DD [Andrew McCabe] will need to approve these before they are pushed out to anyone. At the end of last week, he wasn’t inclined to send them to anyone. But, it’s great to have them on the shelf in case they’re needed.

[Redacted] writes to Strzok and Page: I’m really not sure why they continued working on these [talking points]. In the morning, I’ll make sure Andy [McCabe] tells Mike [Kortan] to keep these in his pocket. I guess Andy just didn’t ever have a moment to turn these off with Mike like he said he would.

Page replies: Yes, agree that this is not a good idea.

Neither these talking points nor the chart of potential violations committed by Clinton and her associates have been released.

Rybicki writes: By NLT [no later than] next Monday, the Director would like to see a list of all cases charged in the last 20 years where the gravamen of the charge was mishandling classified information.

It should be in chart form with: (1) case name, (2) a short summary for content (3) charges brought, and (4) charge of conviction.

If need be, we can get it from NSD [National Security Division] and let them know that the Director asked for this personally.

Please let me know who can take the lead on this.

Page forwards to Strzok: FYSA [For your situational awareness]

Strzok replies to Page: I’ll take the lead, of course – sounds like an espionage section question… Or do you think OGC [Office of the General Counsel] should?

And the more reason for us to get feedback to Rybicki, as we all identified this as an issue/question over a week ago.

Page replies: I was going to reply to Jim [Rybicki] and tell him I can talked [sic] to you about this already. Do you want me to?

Recall that the FBI agents involved made extensive edits to former FBI Diretor James Comey’s statement exonerating Hillary Clinton – changing the language to effectively downgrade the crime of mishandling classified information so that they could recommend no charges.

18 U.S. Code § 793 “Gathering, transmitting or losing defense information” specifically uses the phrase “gross negligence.” Had Comey used the phrase, he would have essentially declared that Hillary had broken the law.

And now, thanks to the Judicial Watch FOIA, we know that the FBI also went to great lengths to justify letting Clinton off the hook with a “chart” of her offenses.