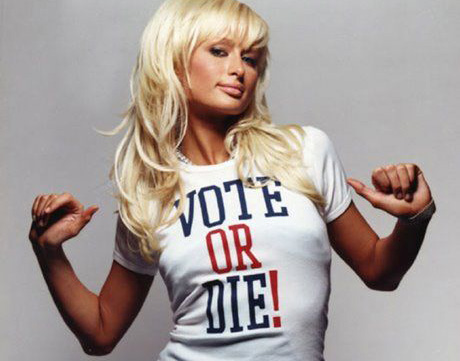 Just when you think California has reached peak insanity… along comes a Democrat saying, “Hold my Beer”. You gotta hand it to these people, they take their job of removing people’s rights, seriously.

California Assembly Bill 2070 is written such that:

Existing law authorizes every person who qualifies under the California Constitution and who complies with certain provisions governing the registration of electors to vote at any election held within the territory within which the person resides and the election is held.

This bill would instead require a person who qualifies and is registered to vote to cast a ballot, marked or unmarked in whole or in part, at every election held within the territory within which the person resides and the election is held. The bill would require the Secretary of State to enforce this requirement.

Now you may have caught the part where it says marked or unmarked. But ask yourself, if “unmarked” is ok, then why REQUIRE it at all?

What happens to unmarked ballots? And if someone is compelled, forced to cast a ballot, are they going to leave it unmarked, or play “Multiple Choice, A-B-C-D”?

What it sounds like is a plan to ensure a bunch of empty “registered Democrat” ballots that can be filled in and then “ballot stuffed” to sway any election they need to manipulate, i.e. all of them. 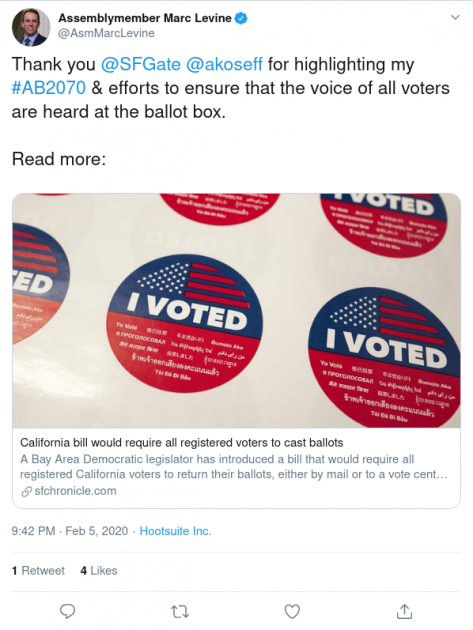 Levine said California has done everything it can to make it easier to vote — this includes automating illegal alien voter registration at the DMV — but turnout could still be better.

Democrats say there’s no such thing as voter fraud, they’ll be right if this group has its way, Read More – This April, Hundreds of Thousands Less Dead People, Illegal Aliens, And Non-Residents Will Be Voting In Wisconsin

“We’re missing a huge swath of voters who are affected by what we do,” Levine said. “Too many Californians are opting out and having decisions made for them and to them that are not in their best interest.”

There it is, Orweilian GroupThink.

You’re too high to care about the election? Well, obviously Republicans are voting against your better interest… so now it is illegal to NOT VOTE.

Levine even suggested that people are subject to fines or even incarceration if they do not show up.

Levine says, “We need to change the culture in such a powerful way that not only are we eliminating every barrier to a citizen to vote, but also raising the expectation that they actually cast a ballot.”

I personally believe everyone should take the time to vote. All you Patriots NEED to get out and vote this year. It is really important.

However, if you feel like saying, “Screw you, I don’t want to!” well, that’s what this country is all about. Don’t! Nobody is forcing you to. YET.

While compulsory voting is not unique in the world, 30 countries have similar laws, although not always enforced; this goes ROUGHLY against the grain of the Land of the Free.

Australia, is one of those countries. For nearly a century, they have required citizens 18 and older to vote, imposing fines of up to 80 Australian dollars for missing an election.

Belgium, is another country with mandatory voting for over a century. Penalties for citizens are removal from voter rolls for up to a decade if they opt out of too many elections.

Both Australia and Belgium boast of turnouts above 90%.

Bolivia and Singapore, act similarly as Belgium, Peru requires you to have a stamped voter card to get some state offered services.

The Only Way Dems Can Get the Vote, Allow Those Who Should Not Vote, to Vote, Read This – House Dems Overwhelmingly Reject Motion To Condemn Illegal Immigrant Voting

Now, I know you’ll be shocked… but Obama even suggested the idea, nationally, in 2015. Hmm, what happened in 2015 that would have prompted this idea out of our Illegitimate, Kenyan-born, Muslim President? Oh yeah… Trump happened.

I just have no words. Forced Voting. California has quickly become the dystopian wasteland that many future-fiction writers have warned us about.