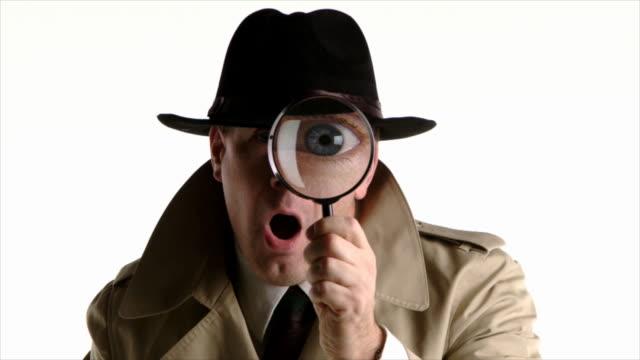 Former CBS Healthwatch reporter and author of The Matrix Revealed Jon Rappoport has been providing ample evidence that people are being deceived about COVID-19. He has reported that the Center for Disease Control and several authors in a European study have admitted they don’t have the “virus.” Yet, the CDC and the World Health Organization have been some of the biggest purveyors of the lies surrounding coronavirus and the guidelines being imposed upon the world. In a recent report, Rappoport explained why some scientists still believe this specific virus exists despite no scientific evidence to substantiate it.

For the past eight months, I’ve been providing evidence that no one has proved the COVID virus exists.

Over the past week, I’ve quoted two major sources—the CDC and the authors of a major European study—who admit they did not have any virus. [1] [2] [3] And both of these groups were, at the same time, constructing a way to do a diagnostic test for that very virus which wasn’t there.

I’ve also pointed out that scientists throw around the phrase, “isolation of the virus,” like short-order cooks slinging hash in a diner. The phrase is used with incredible carelessness and deceptive imprecision.

Likewise, researchers’ claims of having “sequenced” the genetic structure of the virus are very misleading, because the sequencing is done without direct observation of the virus. It is INFERRED from analyzing a piece of RNA which is ASSUMED (not proved) to come from the virus.

Most of these scientists are true believers. They accept, like dogma, the standard and non-valid procedures for “isolating” and “sequencing” the virus.

A smaller number of scientists understand the hoax, but they remain criminally silent—or they are actively perpetuating the hoax.

In a similar vein—but without the absurd certainty—astronomers make all sorts of inferences about what is occurring on distant planets; but they support sending probes into space to actually see and record what is happening there; and they admit they are frequently surprised and shocked by what they find: a picture that contradicts many of their inferences.

Not so with virologists and geneticists. They utilize a closed system of analysis, which automatically confirms what they already believe. This is the furthest thing from science. This would be on the order of claiming the devil is causing hurricanes, and then “proving it” with a gibbering brand of abstract theology.

Of course, when it comes to viruses, the follow-up is censorship or ridicule of those who doubt theological “biology.”

If a prestigious medical journal opened up its pages to an intelligent debate about the existence of the COVID virus, remarkable things would happen. In the light and fresh air of honest debate, all sorts of skeletons would emerge from the closet. But such a debate is not permitted.

Why? Obviously, because the result would be devastating.

Because of the absence of such open and frank discussion, people are left with two thoughts: a pandemic based on nothing is too astonishing to consider; and a hundred years of official propaganda about germs (and genes) as the ominous ever-present source of all disease is too formidable to reject.

I want to give you an idea what it’s like to encounter researchers’ arcane descriptions of “isolating the virus.” Here is a section from a major Chinese study, published in the New England Journal of Medicine, on February 20, 2020. This is the key study which “confirmed” that a new virus was causing an outbreak in China. Title: “A Novel Coronavirus from Patients with Pneumonia in China, 2019.” [4] The section is: “Isolation of Virus”. You’ll need hip boots and a machete as you wade your way through it—

“Bronchoalveolar-lavage fluid samples were collected in sterile cups to which virus transport medium was added. Samples were then centrifuged to remove cellular debris. The supernatant was inoculated on human airway epithelial cells,13 which had been obtained from airway specimens resected from patients undergoing surgery for lung cancer and were confirmed to be special-pathogen-free by NGS.14”

“Human airway epithelial cells were expanded on plastic substrate to generate passage-1 cells and were subsequently plated at a density of 2.5×105 cells per well on permeable Transwell-COL (12-mm diameter) supports. Human airway epithelial cell cultures were generated in an air–liquid interface for 4 to 6 weeks to form well-differentiated, polarized cultures resembling in vivo pseudostratified [!] mucociliary epithelium.13”

I can guarantee one thing: If a medical journal opened up its pages to a frank and protracted discussion, from all comers, about this “process of isolation,” you would see fireworks exploding in all directions. Within a few months, there would be raging global debate about the authenticity of “isolation.”

The density of the description in the China study is exactly why, for months, I’ve been demanding a straightforward real-world experimental test of the “new virus.” [5]

You line up 1000 patients who have been diagnosed with the new epidemic illness. You remove tissue samples from all of them. You put these samples through the above “isolation process.” You decide which patients have a huge amount of virus in their bodies.

Those patients should certainly be ill.

Then LET’S SEE. Are they ill or are they running marathons?

This study will never be done for one obvious reason. Unlike the astoundingly complex manipulations that go on in the lab, this real-world experiment has a yes or no answer. Are the patients ill or healthy?

But that’s asking too much from these researchers. They would rather infer and assume whatever suits their fancy.

They never want the rubber to meet the road.

If there was transparency, these “health organizations” would do just that, but they don’t, and why not? Frankly, I believe there is an agenda at work here, but judge for yourself.

Tim Brown is an author and Editor at FreedomOutpost.com, SonsOfLibertyMedia.com, GunsInTheNews.com and TheWashingtonStandard.com. He is husband to his “more precious than rubies” wife, father of 10 “mighty arrows”, jack of all trades, Christian and lover of liberty. He resides in the U.S. occupied Great State of South Carolina. . Follow Tim on Twitter. Also check him out on Gab, Minds, MeWe, Spreely, Mumbl It and Steemit
(Visited 14 times, 1 visits today)
Share
Tweet
Share
Pin