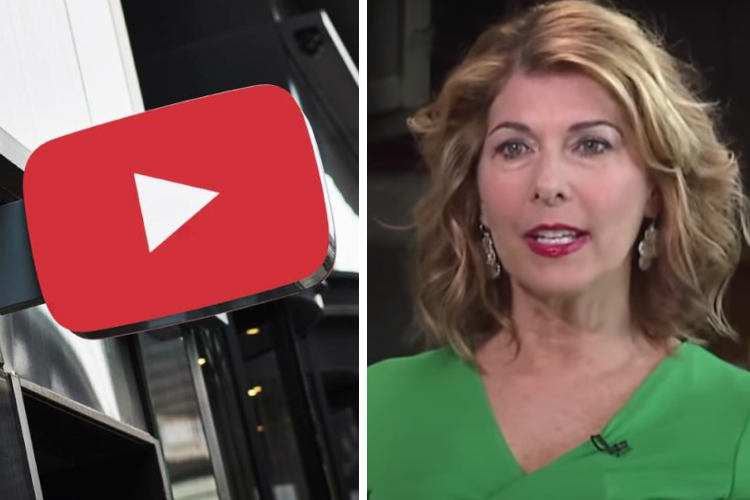 Sharyl Attkisson, a former CBS reporter and current host of Full Measure, called out YouTube this week for censoring one of her reports on the controversial drug hydroxychloroquine.

Her video, which has since been reinstated, featured doctors discussing the media’s politicization of the drug and how that interferes with research into potential treatment or prevention against Covid-19.

Sharyl: Camps largely divided along political lines. Many right-leaning media figures sided with hydroxychloroquine while the left-leaning press backed remdesivir. Each accusing the other of ignoring real science.

Several doctors have stepped forward to discuss the difficulty of attempting to study hydroxychloroquine in a hyperpolitical media climate.

“We’re hearing now from some participants that the study and the drugs feel too political, and they just don’t want to participate at all,” exclaimed Christine Johnston, a researcher at the University of Washington.

While researching the financial ties of several government experts in charge of drafting treatment guidelines for the virus, Attkisson found that nine of them had ties to Gilead, the manufacturer of remdesivir. Another 11 were reportedly linked to a drug company and seven, including two committee leaders had direct ties to Gilead, and two were even on Gilead’s advisory board.

Sharyl: All three scientists criticized that VA report casting doubt on hydroxychloroquine as little more than a list of cases with crucial details missing. It turns out one author of the report received research funding from Gilead, the maker of remdesivir, including a 247-thousand dollar grant in 2018.

Orient: I think we have to look at the money. There’s no big profits made in hydroxychloroquine. It’s very cheap, easy to manufacture, been around for 70 years. It’s generic. Remdesivir is a new drug that could be very expensive and very lucrative if it’s ever approved. So, I think we really do have to consider there’s some financial interest involved here. [SOURCE]

YouTube has been notorious lately for censoring content which goes against the official stance of the World Health Organization (WHO) or other governmental authorities on the pandemic. Not only have famous interviews with David Icke been removed, followed by a subsequent ban from the platform, but an NBC press briefing with California doctors was taken down after receiving over 5 million views, and the film Plandemic featuring Dr. Judy Mikovits has been severely targeted.

Facebook has also been cracking down on coronavirus related content, as Sharyl highlights in an April Facebook post. Upon sharing a documentary from The Epoch Times, Facebook ‘fact-checkers’ claimed that Attkisson posted false content about the origin of the coronavirus, but the article used to ‘debunk’ her was written before the documentary had even aired.

“When self-appointed fact-checkers intervene to try to stop people from accessing certain information, or to bully and controversialize those who report and read facts that are off the narrative powerful interests are trying to forward, it should be concerning to all.” – Sharyl Attkisson

Sharyl Attkisson is a tenured journalist and the host of Full Measure, a weekly news program aired on 162 stations. She has received five Emmy awards and is the author of multiple books, including Stonewalled: My Fight for Truth Against the Forces of Obstruction, Intimidation, and Harassment in Obama’s Washington, and her latest title Slanted: How the News Media Taught Us to Love Censorship and Hate Journalism.

This article (Former CBS Journalist Sharyl Attkisson Calls Out YouTube for Censoring Factual Info About Hydroxychloroquine) as originally created and published by Waking Times and is published here under a Creative Commons license with attribution to Phillip Schneider and WakingTimes.com. It may be re-posted freely with proper attribution, author bio, and this copyright statement.