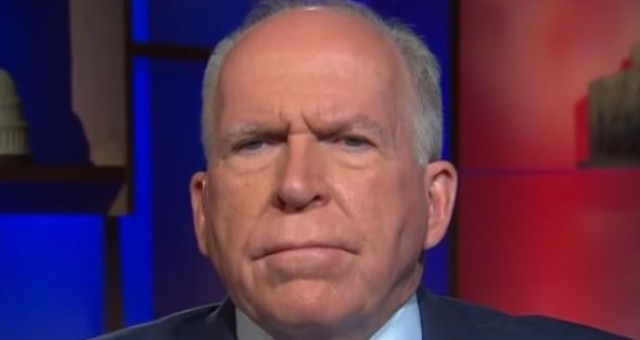 (TNS) They say guilty people often project onto others the misdeeds they have committed, and for all the world, it sure seems like Obama’s CIA director, John Brennan, does that a lot.

He did it again on Tuesday in response, most likely, to the House’s announcement it would be returning to vague articles of impeachment against President Donald Trump.

One of Trump’s most vociferous critics, Brennan obviously couldn’t help himself so he took to Twitter to lecture…and project.

“The damage being inflicted by @realDonaldTrump on our national conscience & our government is tragic. Members of Congress & staffers who defend & misrepresent his indefensible actions are telling Americans it’s ok to be dishonest, unethical, & corrupt. How far we have fallen.”

The damage being inflicted by @realDonaldTrump on our national conscience & our government is tragic.

Members of Congress & staffers who defend & misrepresent his indefensible actions are telling Americans it’s ok to be dishonest, unethical, & corrupt.

How far we have fallen.

Naturally, Brennan let slide the DoJ IG’s report documenting multiple abuses of power and likely criminal activity committed by the FBI against the FISA court so his buddy James Comey could spy on the 2016 Trump campaign for Obama and Hillary.

“I worked for you at CIA. You’re dishonest and corrupt. You’ve destroyed the agency that I loved and served for 23 years. I swear to you: I will attend your trial and sentencing. That day is coming,” he wrote on Twitter.

But Augustine had more to say.

“I was under cover my entire career, never sought or wanted publicity — quite the opposite. Then came Benghazi, the Iran cash scandal, Hillary emails and now the Russia and Ukraine hoaxes. Now I speak up and speak out,” he said.

Given what U.S. Attorney John Durham had to say Monday following the release of DOJ IG Michael Horowitz’s report, it’s clear there is more coming. Much more.

“I have the utmost respect for the mission of the Office of Inspector General and the comprehensive work that went into the report prepared by Mr. Horowitz and his staff. However, our investigation is not limited to developing information from within component parts of the Justice Department,” he said.

“Our investigation has included developing information from other persons and entities, both in the U.S. and outside of the U.S. Based on the evidence collected to date, and while our investigation is ongoing, last month we advised the Inspector General that we do not agree with some of the report’s conclusions as to predication and how the FBI case was opened,” he continued.

When will Brennan try to cut a deal and out Obama as the Spygate ringleader so he can shave some years off his eventual sentence?