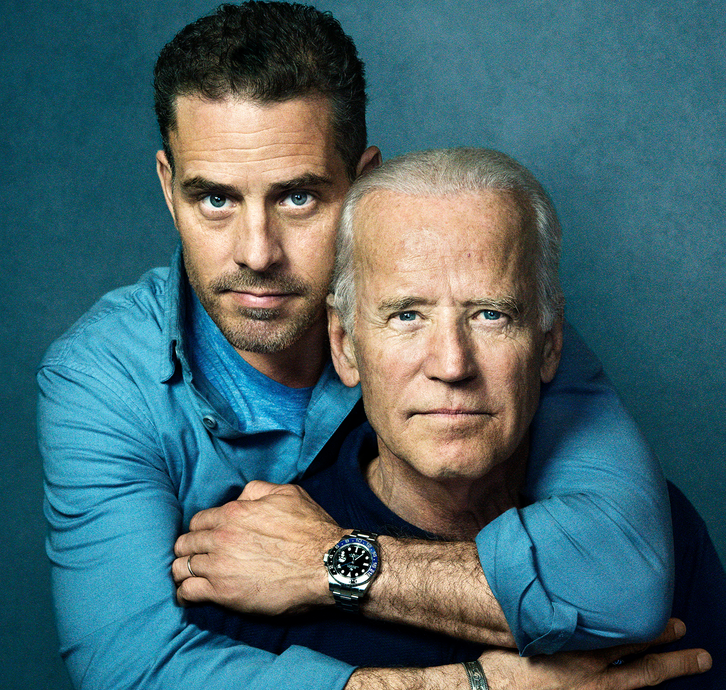 One Democrat is dirtier and more corrupt than the next. And Biden is supposed to be the best of their motley crew of candidates.

Family members gather for a road naming ceremony with U.S. Vice President Joe Biden, centre, his son Hunter Biden, left, and his sister Valerie Biden Owens, right, joined by other family members during a ceremony to name a national road after his late son Joseph R. “Beau” Biden III, in …

A former Ukrainian prosecutor general is speaking out after Vice President Joe Biden forced him out of his job.

At the time, Shokin was investigating Burisma Holdings while Biden’s son Hunter was on the board earning as much as $50,000 a month.

“Biden was acting not like a U.S. vice president, but as an individual,” he said to ABC News, “like the individual interested in having me removed — having me gone so that I did not interfere in the Burisma investigation.”

The connection was first revealed in author Peter Schweizer’s best-selling book Secret Empires and was featured in reports by Breitbart News.

In 2018, during a speech to the Council on Foreign Relations, Biden bragged about strong-arming the Urkanian government.

“If the prosecutor is not fired, you’re not getting the money.” Biden recalled saying, “Well, son of a bitch, he got fired.”