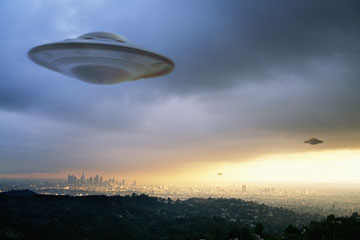 (Natural News) A former military officer said that unidentified flying objects (UFOs) deactivated 10 nuclear missiles under his purview in 1967. The officer’s claim followed a renewed interest in UFOs, which were previously dismissed as conspiracy theories.

The claim came from former U.S. Air Force Capt. Robert Salas, who served as a nuclear launch officer at Malmstrom Air Force Base in Montana at the time. Salas said 10 of the LGM-30 Minuteman nuclear intercontinental ballistic missiles (ICBMs) he was overseeing suddenly moved into the “no-go” setting without warning. This meant that the ICBMs could not be launched even if the order to do so was given.

It took base staffers a day to bring the missile back online. They did not find any physical damage nor explanation as to why the missiles failed to work.

Salas added that during the same time as the incident, security personnel at Malmstrom reported seeing lights in the sky – and a “pulsating oval-shaped object” hovering above the base.

The former nuclear launch officer said: “I think it was simply a show. They wanted to shine a light on our nuclear weapons and just send us a message. My interpretation [of] the message is ‘get rid of [nuclear weapons] because it’s going to mean our destruction.’” Salas continued that UFOs are a “national security threat” and exhorted the Air Force and the government to “come forward and say this is a real phenomenon.”

International Coalition for Extraterrestrial Research (ICER) Vice President Gary Heseltine said Salas’s experience with UFOs stemmed from the U.S. dabbling with nuclear weapons. He told The Sun: “It is likely that when the U.S. detonated the first atomic bomb, it literally sent shockwaves and alerted other civilizations that life on Earth has evolved technologically – to the point that it could split the atom and create atomic fusion.”

“From that point on, it seems that UFOs began to show up near U.S. military installations and worldwide,” Heseltine added.

Luis Elizondo, the former director of the Pentagon’s Advanced Aerospace Threat Identification Program (AATIP), claimed the connection between UFOs and nuclear weapons merits the objects being treated as a national security concern.

“One of the concerns we have from a national security perspective [is] that there does seem to be some sort of congruency … between these UFO sightings and our nuclear technology,” Elizondo said during an event. The former AATIP head added that UFO sightings occurred in facilities that involved nuclear propulsion, nuclear power generation or nuclear power systems.

Furthermore, he remarked that while the UFOs seen in the U.S. have disabled nuclear capabilities, those seen in other countries switched on their nuclear technologies. “Those same observations have been seen … in other countries, [and they] too have had the same incidents. So that tells us this is a global issue,” Elizondo said.

The U.S. detonated the world’s first nuclear bomb – codenamed Trinity – on July 16, 1945. Nuclear bombs were then dropped on Hiroshima and Nagasaki the following month. Subsequently, the first wave of UFO sightings was reported in the late 40s and 50s. The 1967 UFO sighting claimed by Salas interestingly occurred during the height of the Cold War, with the U.S. and Russia racing to develop their own nuclear arsenals. (Related: Russia deploying real-deal “doomsday” weapon that can flood U.S. coastal cities with nuclear tsunamis.)

While the Air Force has never confirmed Salas’s UFO incident, his account matches numerous other claims of these objects showing up at nuclear sites. Former U.S. defense officials also mentioned instances where UFOs invaded airspace around secret nuclear sites and “interfered” with nuclear weapons. The objects were also recently sighted near nuclear-powered aircraft carriers or submarines.

But skeptics have questioned the veracity of these claims. They posited that the objects are either super-advanced drones or secret military technology. Some others have dismissed the UFO claims as camera tricks, natural phenomena or outright hoaxes. (Related: Ex-intel chief: UFOs spotted by the military not operated by China, Russia.)

ICER nevertheless reiterated its position in a press release, saying that mankind is being sent a warning on nuclear weapons through the UFO sightings. It also called to raise the issue of nuclear disarmament at the United Nations.

The appearance of UFOs “would seem to suggest that their actions are meant as a warning to mankind of the dangers of nuclear weapons,” Heseltine told The Sun. “If they had been here … for a long time, they would not want to see [Earth] destroyed by a nuclear war that would render the planet uninhabitable.”