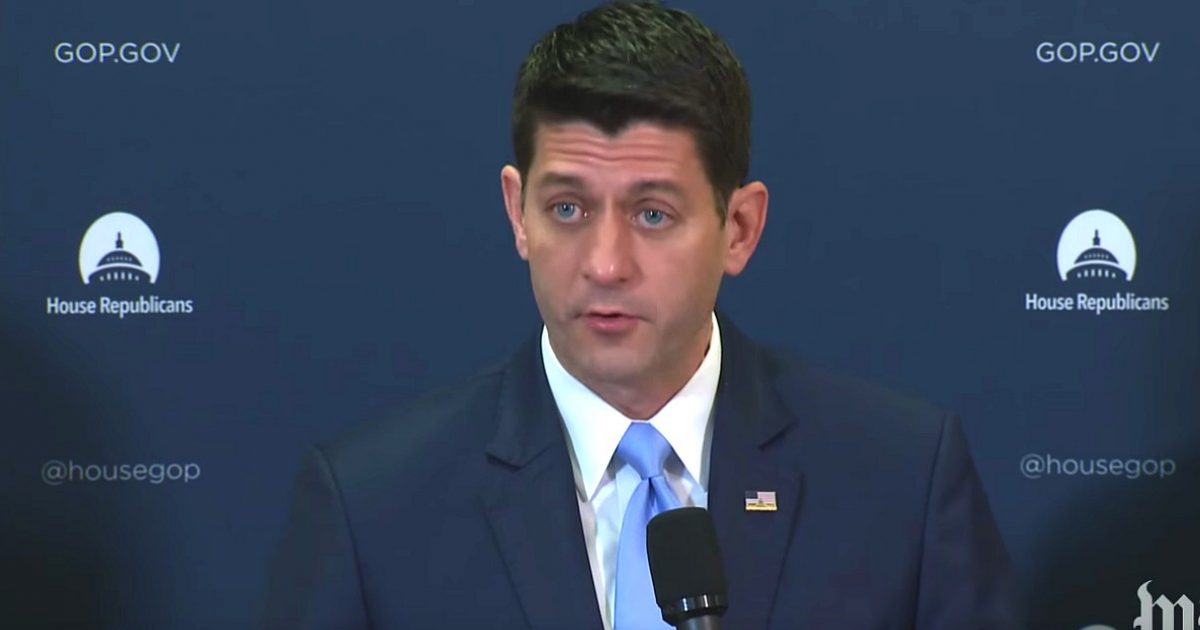 Earlier this week, it was reported that former head of the Democratic National Committee Donna Brazile, who ensured that Hillary Clinton won the party’s presidential nomination in 2016, was hired by Fox News. However, on the heels of that report, another report came out that former House Speaker Paul Ryan joined the board of Fox Corporation.

First, Donna Brazile wrote an op-ed after joining Fox News, and just listen to how “chummy” Fox is having Brazile in their lineup.

“I fully admit that in my previous lives as a campaign staffer, presidential campaign manager and Democrat Party official, my own lack of civility in the heat of battle has been on full display. And it wasn’t pretty,” Brazile said in an op-ed.

No mention of her criminal activity with the Clintons, of course.

“Feeling right and righteous is a comfortable place to be,” she added. “In a bubble, you don’t have to listen — or even think. When we refuse to hear one another, we wall ourselves off from the possibility of learning and, more importantly, finding common ground. Civility and humility are vital to our democratic enterprise. They are even more vital in healing the political divisions tearing us apart. To bridge this great divide, we need to bust out of our comfort zone. In coming to work as a commentator at Fox News, trust me, I’m stepping out of my comfort zone. My beliefs will be challenged, and I welcome it.”

No, no Donna. Your beliefs won’t be challenged because you have played the game long enough and you know good and well that Fox News is controlled opposition.

This is why she is happy to be there. There is no way she could feel “right and righteous” there if Fox News was not what I’m telling you they are, and they are moving further and further away from the truth.

“In order for us to best decide as a people how to better protect and preserve our way of life, we need to first be able to hear what others are saying without the filter of bias and contempt,” Brazile said. “Not until we once again become practiced at treating those of differing views with civility and respect can we begin to join together to solve the myriad of problems our country must overcome.”

This is hogwash. There will always be bias and contempt against those who are against the law such as Ms. Brazile and others, and make no mistake, they are going to be biased and have contempt towards those on the side of the law. This has never been about “right” and “left.” It’s been about lawful and lawless.

He cries for treating others with respect and civility fall on deaf ears as members of her own party, including the woman she worked to try to put in the White House are among the most uncivil, dirty, nasty, deplorable and disrespectful people on the planet.

“Brazile, a veteran Democratic strategist, will offer political analysis across both FNC and FOX Business Network’s daytime and primetime programming,” according to a statement by the network.

Many were shocked at Fox News picking up Brazile, but I certainly wasn’t. In fact, it wouldn’t surprise me for them to pick up Obama administration parrots in the future.

However, the news that former Speaker of the House Paul Ryan joined the board of Fox Corporation, the parent company of Fox News, is quite telling. This is the same guy that people issued death threats to me over exposing his unconstitutional and unconservative behavior, along with his running mate in 2012, Mitt Romney.

Ryan and three other board of directors were appointed on Tuesday. Appointing these directors was a necessary step as the Murdoch family wraps up the Disney-Fox deal.

The Ryan appointment is the most noteworthy, given his history near the top of Republican politics. Ryan and Rupert Murdoch have been friendly for many years. In 2014, he named Ryan as a presidential contender he had “particular admiration for.”

Some observers said Ryan’s appointment reflected the cozy relationship between Fox and the modern-day Republican Party.

Board members at the previous iteration of 21st Century Fox earned about $300,000 in cash and equity each year, according to SEC filings. It is not known how much Ryan and the other board members at the newly formed Fox Corp. will make.

You can bet it’s a whole lot more than he took in via Congress, but this then points to the connections and how people like Ryan don’t actually care for those they represent.

Remember, one of Ryan’s first things he oversaw once he was put in power as Speaker for to give the usurper, Barack Hussein Obama Soetoro Sobarkah, everything he wanted in an over $1 trillion omnibus bill, along with infringements on your rights. Furthermore, this whole fiasco with people crossing the southern border? Ryan had everything to do with that.

Fox, Paul Ryan and Donna Brazile deserve each other. It’s time conservatives opened their eyes and see how they are being played by Fox.