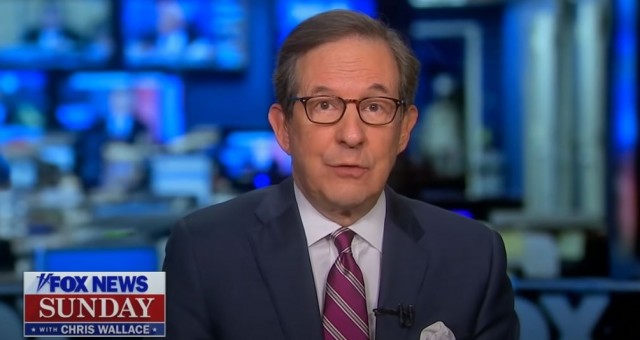 Not the best take from the Fox News Sunday host here. Chris Wallace had some harsh things to say about former president Barack Obama’s speech at the DNC on Wednesday night, noting that Obama spent about a third of his speech talking about things other than his former running mate and the current Democratic presidential nominee, but Wallace’s analysis of the Democrats’ convention went off the rails when he turned to the topic of Joe Biden and gun control, BearingArms reports.

Biden and Harris have never wavered on their firearm beliefs, it is the broken mindset of most Democrats. Bearing Arms discussed what Wallace revealed in regards to Biden’s statements:

Earlier in the hour, Wallace praised an address by former congresswoman Gabrielle Giffords — whose husband, astronaut Mark Kelly, is seeking to unseat Sen. Martha McSally, R-Ariz., in November — as “enormously powerful” and called her “a living embodiment of the concern” most Americans have about gun violence.

“In a shopping center, some twisted nut to came up with a gun and shot her and then shot a number of other people as well,” Wallace said, recalling the 2011 mass shooting that killed six people and wounded 13 others, including Giffords.

What about his presumed ‘Gun Czar’ Beto O’Rourke?

LMAO! These libs are out of control.

Fear factor 101, convince the sheep that, Americans own WMD’s, aka Ar-15 rifles. How can these clowns not understand that an AR is not an assault weapon? The main difference is in it’s “furniture” which makes it look scary to those who fear anything they cannot control.

Think of it like this, take a person that is in great shape, dress them up in skinny jeans and pink shirt with Hello Kitty sunglasses and the perception is a very timid person. Now take the same person and lace them up with combat boots, full battle rattle and Terminator sunglasses, all of a sudden the person looks scary to these sheep.

In other words, it is all about perception and how the mainstream media feeds the sheep the fear-bait.