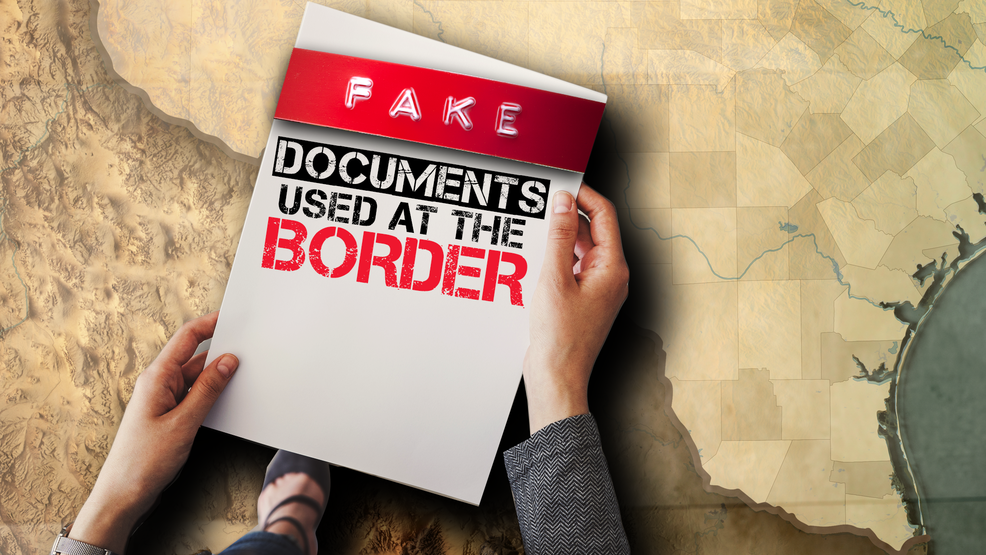 As has been pointed out previously, those who attempt to come into the united States illegally from wherever will likely break 28 laws in the process in order to become “productive.” Now, a local Fox affiliate in San Antonio, Texas has uncovered a massive scam of illegal aliens with fake documents to deceive immigration officials into thinking they are real families when they are actually fake.

The report comes by way of Fox San Antonio.

What we discovered is a trail of fake documents that may be accelerating the collapse of the Immigration Court System according to the American Bar Association. Fake birth certificates that Homeland Security Investigations believes are being used by males to get into the U.S. with children who may not be their daughter or son, but will help them get released within 7-10 days. I traveled to Del Rio where the Guatemalan consul showed us first hand some of those fake birth certificates found along the border.

It’s a wave of human beings flooding through a permeable border like we have never seen before. The majority of them according to Border Patrol coming from Guatemala, Honduras and El Salvador also known as the Northern Triangle.

Monica Mapel, Assistant Special Agent in charge in San Antonio for Homeland Security Investigation, said that “The Northern Triangle, the countries that seems to be the ones in the caravans at this time headed towards the border or have arrived at Eagle Pass offices and our other border offices in Laredo.”

It’s not just young men crossing the border into the US anymore. It’s entire family units, or maybe not.

A family unit doesn’t mean two men or two women, just so you know. It means a mother with her children or a father with his children or mother and father together with their children.

There is a reason behind this apparent new phenomenon of men coming to the US and crossing illegally into the country with children, something that would be extremely dangerous for young children to do given the length of the journey.

Mapel said, “There’s a drive and a phenomenon now to bring children with you, so that you can obtain that earlier release into the United States, to wait for your credible clear asylum full adjudication with citizenship and immigration services.”

So, the obvious question is, if these people are willing to knowingly violate US law to enter the country illegally, would they also seek to deceive those in authority by pretending to be a family unit in order to do what Ms. Mapel is stating? Obviously, the answer is yes.

“There’s absolutely a possibility, that’s what I’m focused on, that’s what Homeland Security Investigation is focused on, with our partners in Customs and Border Protection and our brothers and sisters at Enforcement Removable Operations,” said Mapel.

So, how are they detecting these patterns of deceit?

The first clues came at the borders where agents started noticing odd behavior between children and the parent.

“A man arrived at a point of entry in South Texas, the child he was carrying had no diapers and no bottle and when customs and border protection encountered him, they provided him diapers and a bottle and he had no idea how to care for the child, did not know how to feed the child, change the diaper. That’s what we call a clue that is not your child,” said Mapel.

Others have arrived with birth certificates that show that they are parent and child. But when authorities have more time to review the document they start to find problems.

“When you get to maybe a second round or an interview process later on, it may be determined because the child cries out – that’s not my dad or that’s not my mom,” said Mapel..

Consul Tekandi Paniagua has a stack of birth certificates border patrol has been presented by people from Guatemala to show they are the parents of children who in fact are not theirs.

“We have verified many documents and detected a high number of documents that have been altered,” said Consul Paniagua.

The Guatemalan Consulate is working with border patrol and ICE to ensure that the documents being presented have not been altered. But Consul Paniagua also tells us that there is an important message his country is trying to get out to the indigenous community from the western part of Guatemala, which a lot of the documents and the migrants are coming from.

Now, simply because you arrive at the border with documents and a child or children does not guarantee entry into the US.

Ms. Mapel, who has been with HSI for two decades says this takes up all her time. She investigates to determine where fraud is occurring.

“You know the system wasn’t built for this kind of a load, so you do the best I can to adapt to it, but the ultimate goal at all times is – is that the parent — is that the true parent and does that child belong to each other?” said Mapel.

Of course, some of the migrants in the caravans are embedded with those who will be used by cartels for future criminal enterprises.

“The criminal cartel control the northern part of Mexico those cartels move large numbers of family units through one quadrant to tie up all the assets and they will move narcotics through one sector so we don’t know what is all being moved south of the border when everything is tied over here,” said Holeman.

Many of these are said to use the children for human trafficking into the States, as well.

No doubt, much of this has been going on for years, but at least the local affiliate in Texas is finally discovering what is actually taking place there.

One thing America needs to do it eliminate any form of welfare for these people.