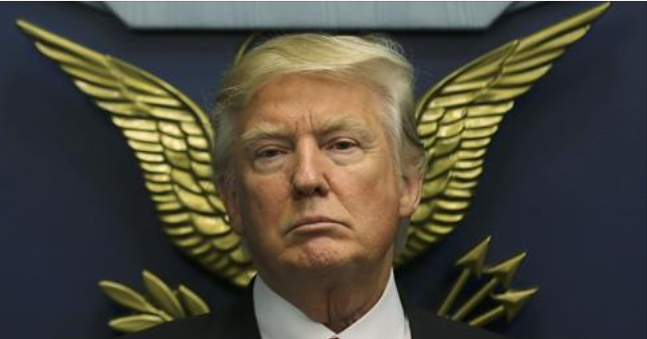 Evangelist Franklin Graham, 66, son of the late Billy Graham, is calling on Christians worldwide to pray for President Trump today, a “special day of prayer”. Graham specifically asks pastors across America to lead their congregations in prayer for the president during Sunday services, Sunday school, and other gatherings.

More than 300 Christian leaders have given Graham their support. But other Christian leaders, such as Alan Cross, criticize Graham for politicizing and using prayer to engender partian support for Trump.

In a phone interview with Christian Post, Graham explains: “I am not asking people to endorse him [Trump]. That is not that point of this prayer. This is not an election year. So I don’t see how it could be political. He is the president. People have voted for him. He is in office and he is carrying out the duties of the presidency. He needs our prayers.”

Referring to Special Counsel Robert Mueller’s insinuating comment on Wednesday, May 29, that charging Donald Trump was “not an option that we could consider” due to Justice Department policy that a president can’t be charged with a federal crime while in office, Graham said:

“I think what is going on in Washington has something to do with [my call to prayer]. It has bothered me and it has been a burden on my heart because this president is being attacked more than any president in modern history; attacked by the press more than Abraham Lincoln.

So he is the president of the United States. You had two years of investigation that came up with nothing. Now the media and his opponents in Washington are doing everything they can to destroy him. What we need to remember is that he is the president. That doesn’t mean that he is a perfect person. He is flawed like all of us. He has made plenty of mistakes but he is the leader of this nation. We have got huge problems in front of us.

We have trade problems with Canada and with Mexico and China. We have the Iranian situation right now. Venezuela is in meltdown mode. There is so much that needs to be done. We still have North Korea that still hasn’t been solved. The president, for him to be distracted with false accusations, with people doing all they can to destroy him, it hurts this country. It hurts all of us.

My prayer is not an endorsement of the president. I am not asking people to [issue] an endorsement. It’s to just call on God to give him wisdom because if he makes a good decision, it is good for all of us. If he makes a bad decision, it is bad for all of us. Whether we are Republican or Democrats or independents, this is just asking God to guide him and direct him as he makes decisions everyday that impacts our lives….

When I say protect him, protect him from his enemies. Because these enemies — it is not just the president, but it is tearing down the office of the presidency. This will hurt our country for many, many years if this is allowed to happen.

I am not talking about people who may disagree with certain policies. I am talking about those who are trying to destroy this presidency and destroy him. Those are the enemies. It is not people that disagree. I don’t agree with everything that he says or does. But he is still the president of the United States. The people voted for him and he won it fair and square and his enemies have not accepted that.

The election hadn’t been over 12 hours and they were making accusations about Russian interference and collusion with Russia. All that was nothing but a lie. For the last two years, the media has gone after our president day-in and day-out with collusion, cover-up, collusion, collusion, cover-up. None of that is there.

Mueller could not find any of that and he had an army of attorneys. They were sifting tens of thousands of emails, subpoenaing witnesses, taping all of these depositions. They couldn’t find one shred of evidence that there was collusion.

So since the Mueller report has come out, they are talking about impeachment. It is just crazy. It is destroying our country. Enough is enough….

Our nation is at a crossroads, at a dangerous precipice. This precipice is the failure of our democratic system. It is just a handful of people that are able to control the media and are able to dictate what comes across the media into a person’s home night after night, day after day. If the president was brought down for whatever reason, it could lead to a civil war. There are millions of people out there that voted for President Trump that are behind him that are angry and they are mad. We are just living a very dangerous territory and we need God’s help.

Our country is in a mess. We’re in political turmoil. Our government cannot be fixed without the hand of God. We are just too broken, too fractured, too segmented. The only way our country can make it is with God intervening and beginning to change the hearts of people. The only hope for this country is the Lord Jesus Christ, who paid for our sins with His life when He shed his blood on the cross. God raised Him to life.