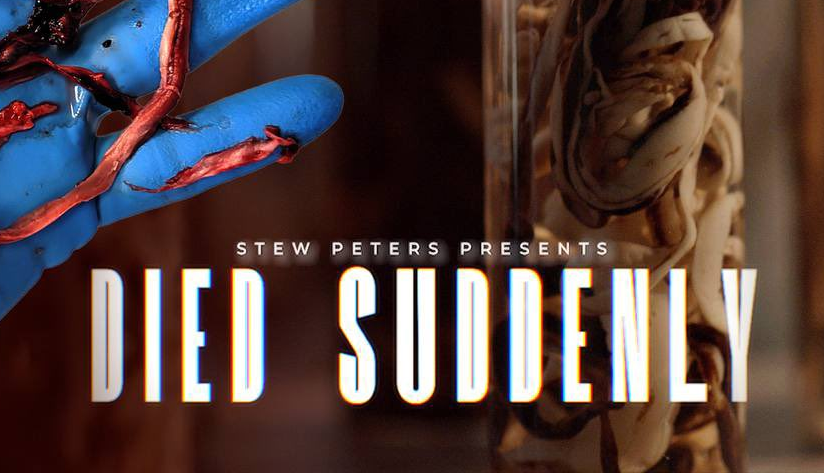 (Natural News) More issues have come up in the new “Died Suddenly” documentary film, which was discovered to contain a deceptive surgical scene that has nothing to do with the mystery clots or even covid jabs at all.

The COVID Blog notes that at the 52-minute mark of the film, a scene showing a heart surgery is implied to be associated with the clot shots. However, the scene was actually filmed on April 1, 2019, long before the launch of Operation Warp Speed in late 2020.

A Florida heart surgeon by the name of Dr. Erik Beyer was performing the surgery, which had nothing to do with the mRNA (messenger RNA) or viral vector DNA injections that were released under the guise of treating covid.

It turns out that Stew Peters, the guy behind “Died Suddenly,” plagiarized the footage and used it to push the narrative promoted in his film. No credit was given for the clip, and Peters framed the surgery itself to appear as though it involved the dredging of clots from a jabbed body. (Related: Ba’al Busters also called out Peters for censoring part of an interview between Drs. Bryan Ardis and Jane Ruby discussing the clots.)

The COVID Blog put together a side-by-side clip of the original footage and Peters’ reuse of it in “Died Suddenly.” You can watch it at this link.

“The only logical explanation for all this is that Peters, Steve Kirsch, and company deliberately released this sensationalized production for the sole purposes of interference, deflection and discrediting truth about this entire COVID-19 charade,” The COVID Blog explains.

“They also must be working with government and mainstream media propaganda agents. The Bigfoot and Keyontae Johnson stuff was bad enough. But this ‘documentary’ has an agenda, and it certainly has nothing to do with truth.”

Is “Died Suddenly” just deceptive enough to pass the censors?

Keep in mind that on October 6, Peters was allowed to create a “Died Suddenly” profile on Twitter that gained 145,000 followers in just seven days. The COVID Blog, meanwhile, is still not allowed on Twitter and will not be reinstated, despite Elon Musk’s free speech claims.

“Twitter does not allow truth about the mRNA and viral vector DNA injections,” The COVID Blog explains.

“We wrote two weeks ago how the new Elon Musk-owned Twitter will not reinstate The COVID Blog even after announcing its so-called ‘general amnesty’ policy. The platform is also, allegedly, no longer enforcing its ‘COVID-19 misinformation policy’ as of November 23. Thus it appears that government and big pharma agent-type content related to the injections is allowed, but not real truth.”

The implication here is that Peters and his “Died Suddenly” documentary are perhaps just deceptive enough as to pass the censors, while The COVID Blog is too truthful to be permissible. We encourage our readers to consider why one is allowed and the other is not.

If “Died Suddenly” has a blatantly plagiarized surgical scene in it that makes a false suggestion about current covid jab clot events, what other things in the film might also be untruthful?

In the comments, a reader emphasized that Peters deliberately used present-tense language in “Died Suddenly” pertaining to the plagiarized surgery scene, meaning he or his producers knew full well they were making a misrepresentation.

“We have removed the link to the ‘Died Suddenly’ movie from our previous review. This production is an insult to critical thinkers and to everyone who’s been tirelessly working to expose the truth about the injections,” The COVID Blog reports.

“Stay vigilant and protect your friends and loved ones.”

More related news can be found at Deception.news.