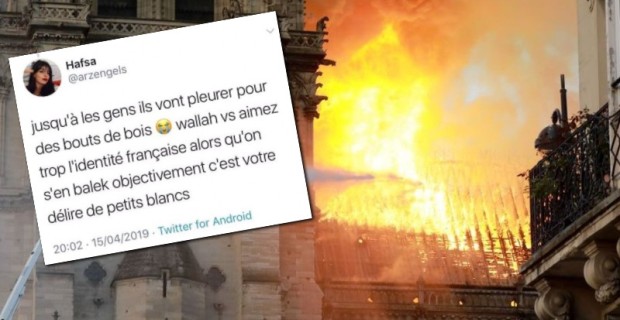 The Vice-President of the French student union at the University of Lille reacted to the Notre Dame fire by tweeting, “I swear to Allah we don’t give a rat’s ass.”

“How much are people going to cry for some bits of wood? I swear to Allah you like French identity too much while we don’t give a rat’s ass objectively it’s your madness of little white people,” tweeted Hafsa Askar.

She wasn’t finished, following up with another tweet that made it clear how much she hates the country in which she lives. 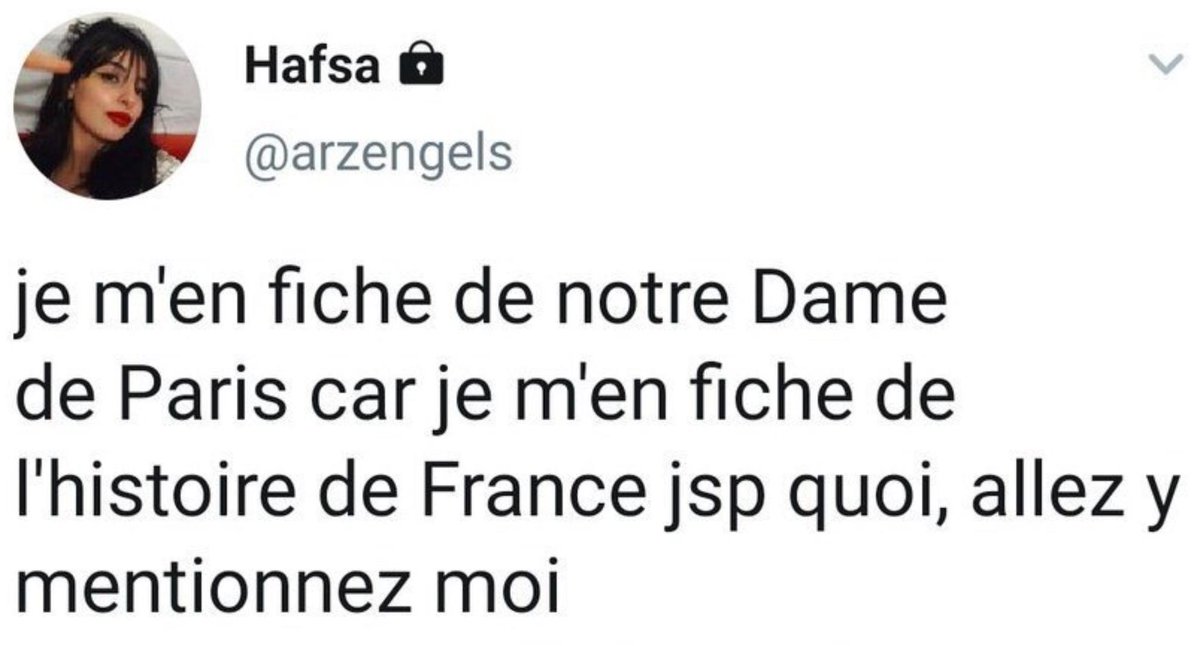 Edouard Le Bert, a member of the national office of Unef, also belittled the tragedy, saying it was merely, “the opportunity for a good renovation.”

The university later issued a statement saying it does “not associate with any of the statements calling into question the tragedy of yesterday. See hundreds of years of cultural heritage go up in flames is a drama that has no name.”

This is yet another example of how, despite the media attempting to portray it as a “conspiracy theory,” many people, some of them Muslims, were celebrating or downplaying the tragedy.