Pope Francis seems more concerned with revamping the Catholic Church than dealing with its problems with Pedophile Priests.

A young man in France decided that vigilante justice was his best recourse against a priest who had molested him.

By LUKE ANDREWS FOR MAILONLINE

A 19-year-old man has been arrested for killing a suspected paedophile priest by ramming a crucifix down his throat and suffocating him.

Alexandre V., who is alleged to have been abused by the priest, attacked the 91-year-old Catholic Roger Matassoli at the holy figure’s home in Agnetz, Oise, northern France.

Matassoli had been accused of sexually abusing at least four boys, including Alexandre and Alexandre’s father, between 1960 and 2000.

The priest had to be shifted from the diocese of Clermont in 1967 to the diocese of Saint-Andre-Farivillers, and was then moved to Agnetz, following allegations of paedophilia, reports Franceinfo. And yet he remained on the church’s payroll until 2018.

The attacker, whose full name has not been published, was arrested and charged with torture, murder and resisting arrest. 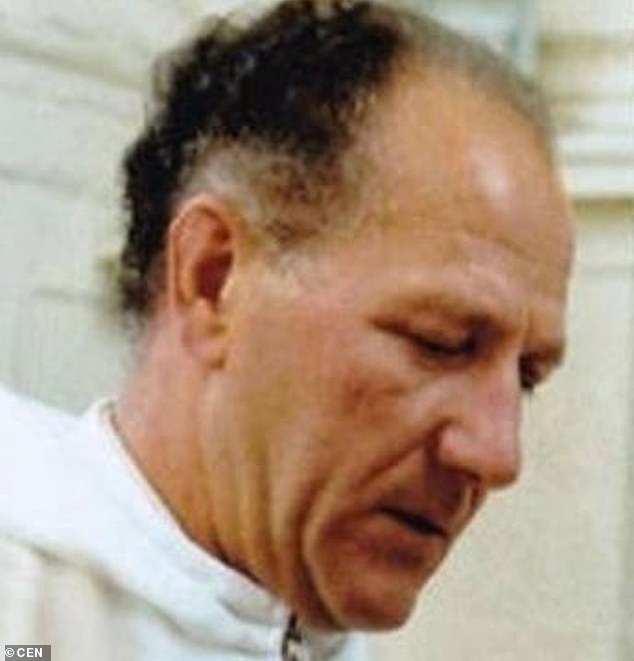 Father Roger Matassoli, pictured left in 1980, was found dead in his home in Agnetz, Oise, northern France, with a crucifix shoved down his throat. The priest had faced accusations that he abused at least four children 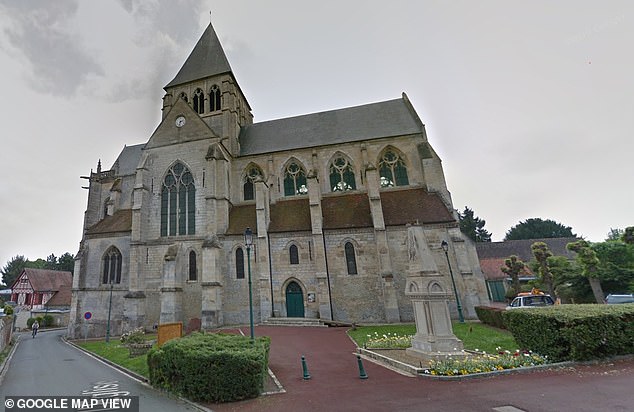 The church in Agnetz town, Oise, in the town where Matassoli was moved to following allegations of abuse in the diocese of Saint-Andre-Farivillers

The priest’s body was found in his home with signs of torture on November 4.

Alexandre, who worked as a housekeeper in Matassoli’s home, was caught by authorities attempting to escape in the holy man’s car and arrested on the same day.

However, he was transferred to hospital due to alleged psychiatric problems and was not formally charged until December 26.

Speaking about the priest’s impact on his family to French media, Stephane said the priest had ‘shattered a whole family’.

The priest’s attacker was charged with murder, torture and resisting arrest (stock image)

Police are investigating the case on the grounds that the killing was an act of revenge, reports French media. Alexandre has also told investigators he has no recollection of the events.

The priest is also alleged to have abused a man when he was aged between six and 15 years old in Saint-Andre-Farivillers, Franceinfo reports.

The victim’s sister Colette, who has made the claims, told the broadcaster that everyone in the village knew the rumours but no one took any action.

She also said that when a picture of Matassoli stripped naked was found in a landfill it was brushed aside, after the priest claimed it was taken when he was 18 years old and in the army.

‘(But) he did not look like an 18 year old boy in this photo,’ she said, before adding  that young  boys were invited to the priest’s home in the village every Thursday.

The priest had been officially removed from church duties in 2009 following the first allegations of abuse, but was kept on the payroll for another ten years, Beauvais bishop Jacques Benoit-Gonnin has revealed.

He was only removed after the bishop took into account the testimony of at least two alleged victims, and has claimed he was still paid due to ‘ecclesiastical errors’.

Why won’t the Catholic Church address its pedophile priest problem?

Maybe I can shed some light.

I was a seminarian in the Arch-Diocese of Kansas City, KS in the late 80s. At that time there were approximately 130 churches in the diocese and only about 90 ordained priests.

Those numbers are estimates, from an old man who is trying to remember what he was told 35 years ago.

However, there was definitely a priest shortage and I’m sure there still is.

So letting pedophile priests slide is probably better than closing more churches, in the eyes of The Vatican.

Unfortunately, there are many more stories, published on our sites, about pedophile priests.

So what is Pope Francis focused on?

It’s hard to say but he hardly seems concerned with fixing his church.

By all means Pope Francis is right to avoid offending Muslims.

Muslims like raping little boys, and thus Catholicism seems to have a lot in common with Francis’ new besties.

So if you think people talking about Pope Francis’ push for One World Religion are crazy conspiracy theorists, think again.

No mainstream religion appreciates boy rape like Muslims and there is no better fit for an expansion.

As a former Catholic, it pains me to say that.

Baylor University exposed as “anti-Christian” in its teachings

Is There A Reason Why Demonic Possession Seems To Be Getting A Lot More Common In Our Society?

Haitian Immigrants Revolt While On Privately Contracted Bus, Seize Control Of The Vehicle
September 21st, 2021 The Political Cowboy
Powered by WordPress RSS Feed Plugin
PowerInbox 5×1
You Might Like