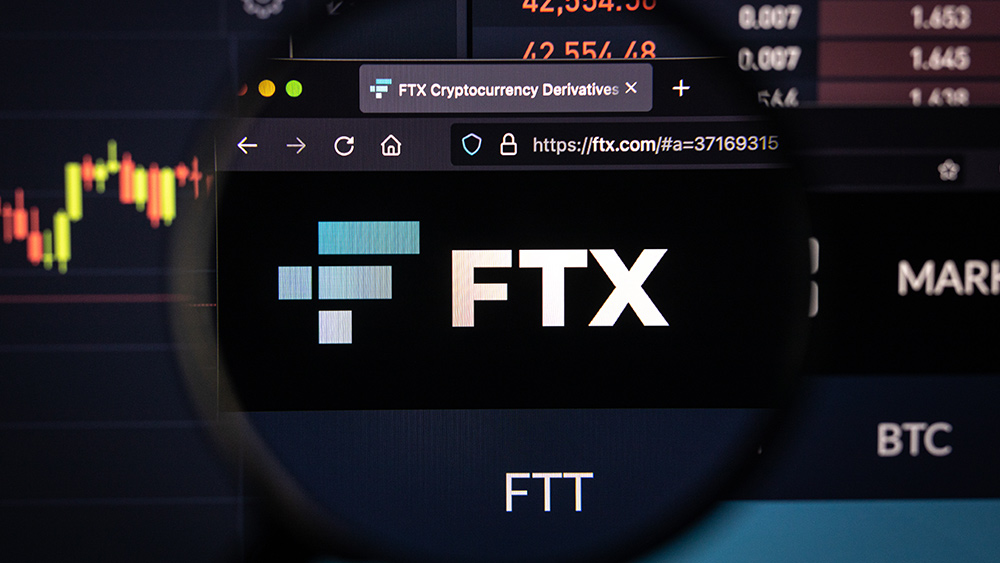 (Natural News) Cryptocurrency holdings in FTX that were supposed to go towards Ukraine’s war efforts were instead funneled into biological weapons shelters, we now know.

The unraveling Ponzi scheme involved collecting investor cash and quietly using it to fund Ukrainian bioweapons projects – and all with the help of the National Bank of Ukraine, which was laundering money in collusion with Sam Bankman-Fried (SBF).

SBF launched a “charitable fund” called the Future Fund, the board of which was occupied by himself and Caroline Ellison, his former girlfriend. That fund, in addition to supporting the corporate-controlled media, was used to construct and design bioweapons shelters throughout Ukraine.

Money that was invested into FTX was routed by SBF into the Future Fund, which then disbursed it to Ukrainian bioweapons projects as well as the Biden regime and the Democrat Party at large. There were also several Democrat super PACs on the dole from the FTX scam.

As you may recall, Russia’s defense ministry blew the lid on Ukraine’s many United States-funded biolabs, only to be accused of spreading “propaganda” and “misinformation.” Now, it is undeniable that these Ukrainian biolabs exist and that FTX played a crucial role in funding them. (Related: Learn more about how Binance, an early FTX investor, is also tied to globalist entities such as the World Economic Forum [WEF] and the Chinese Communist Party [CCP].)

“There are 25-plus U.S.-funded biolabs in Ukraine which, if breached, would release and spread deadly pathogens to the U.S. and world,” said former Democrat politician from Hawaii-turned-anti-establishment hero Tulsi Gabbard back in March.

“We must take action now to prevent disaster. U.S. / Russia / Ukraine / NATO / UN / EU must implement a ceasefire now around these labs until they’re secured and pathogens destroyed.”

Tulsi Gabbard was right all along: U.S.-run biolabs are everywhere in Ukraine

Gabbard’s statements were backed by testimony from Victoria Nuland, the Undersecretary of State for Political Affairs in Eurasia. In speaking before Congress, Nuland admitted that biological research labs do, in fact, dot the landscape of Ukraine as Russia claimed. Nuland did not call them bioweapons labs, but putting the pieces together reveals that this is exactly what they are – especially now with the FTX revelation.

Less than 24 hours after Gabbard made these statements, then-White House Press Secretary Jen Psaki, who now works for MSNBC as a host, called the biolabs claims “fake news” propagated by Russia.

From there on out, pretty much every left-wing media outlet began parroting Psaki’s claims, almost like they all get their talking points and positions straight from the Biden White House.

Not long after that, Russia released captured documents as proof that U.S.-run biolabs blanket the Ukrainian landscape just as Gabbard said. These documents were released right in front of the United Nations General Assembly.

After that, the Pentagon eventually caved in a public concession that the biolabs are real and are not just fake news drummed up by the Kremlin. This means that Gabbard was right all along, and now we see the FTX connection as well.

“This all leads to covid, the coup, financing election theft, money laundering, outright stealing, and treason,” wrote a commenter about how all the pieces are falling into place just perfectly.

Another wrote that Ellison is not SBF’s “former girlfriend,” but is rather a Securities and Exchange Commission (SEC) representative who ran cover for SBF and in return received billions of dollars in bribes.

“Everything was about getting Trump down,” suggested another. “It had nothing to do with covid, the pandemic, or any other liberal garbage, all orchestrated by globalists at the WEF.”

As crypto corruption contagion spreads, we will keep you informed about the latest at CryptoCult.news.