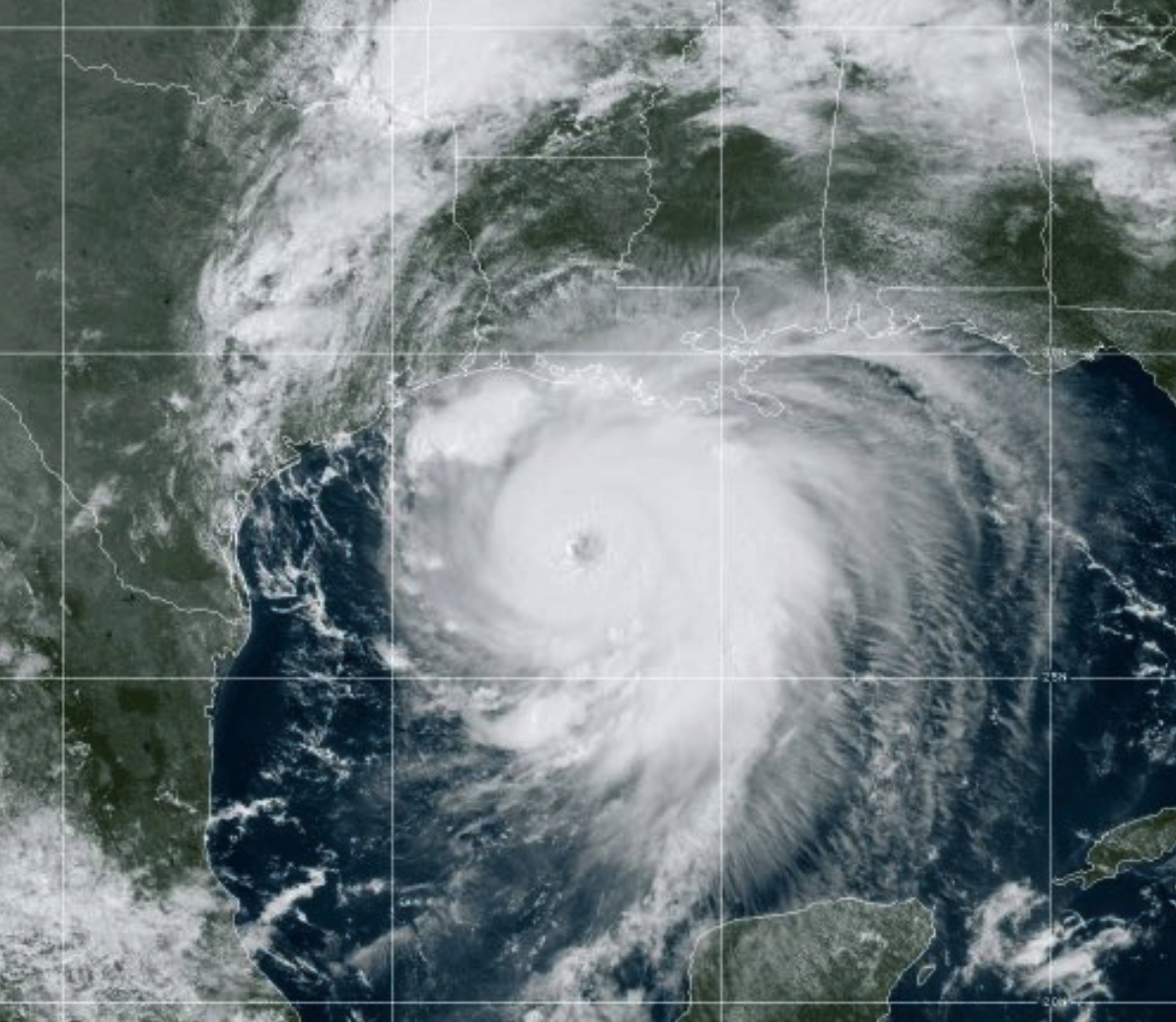 Hurricane Laura has become one of the most powerful hurricanes that we have ever seen in the Gulf of Mexico. When Hurricane Katrina hit New Orleans in 2005, it was a category 3 storm with maximum winds of 125 mph. As I write this article, Hurricane Laura is a category 4 storm with maximum winds of 150 mph. Experts are using phrases such as “full beast mode” and “unsurvivable storm surge” to describe what coastal communities are facing, and many of those that refused to evacuate may not survive. And at this hour we are being told that Laura may get even stronger before it finally makes landfall. In fact, National Weather Service meteorologist Donald Jones says that Laura is “probably” going to become a category 5 storm…

The storm’s maximum sustained winds have reached 150 mph, a “chilling” development, according to the hurricane center. That’s 7 mph away from being a Category 5 storm, according to the Saffir-Simpson Hurricane Wind Scale.

Forecasters are still expecting Laura to turn north toward the area along the border between Texas and Louisiana, and we had better hope that they are right about that.

Because if this storm were to directly hit Galveston and head up toward Houston, we could potentially be facing a disaster that would be absolutely unimaginable, and I am not exaggerating one bit.

Those that are not taking this storm very seriously are making a huge mistake. According to one hurricane expert, this storm is “in full beast mode”…

“It looks like it’s in full beast mode,” said University of Miami hurricane researcher Brian McNoldy. “Which is not what you want to see if you’re in its way.”

I don’t know if I have ever heard anyone use the term “beast mode” to describe a hurricane before, but this is certainly not a normal hurricane.

CNBC is reporting that some coastal communities could be hit by a “wall of water two stories high”, and some that have hesitated to leave may have all of their evacuation routes cut off by rapidly rising water…

Laura’s storm surge could reach as high as 15 to 20 feet in some areas and travel as far as 30 miles inland. The storm may also bring flash flooding and tornadoes on land.

“The water is already coming up,” said National Hurricane Center Director Ken Graham warned on Wednesday. “If you’re told to leave, you need to do it now because what happens is the water comes in early and you start cutting off your evacuation routes.”

Some areas are literally going to look like they have come through a war once this storm is over.

If you doubt this, please consider the following words from the National Weather Service…

Life-threatening storm surge will have catastrophic impacts across Southeast Texas and Southwest Louisiana. Potential impacts include: – Widespread deep inundation, with storm surge flooding greatly exacerbated by powerful waves. Structural damage to buildings is expected with many washing away. Damage will be greatly compounded by any flooding debris. Some areas may be uninhabitable for an extended period of time. – Escape routes and secondary roads can be severely flooded or washed out. Flood control systems and barriers can become stressed or over- topped. – Extreme beach erosion is expected. New shoreline cuts are possible. – Massive damage to marinas, docks, and piers is expected. Numerous small craft will break away from moorings, with many lifted onshore and stranded.

It is being projected that the storm surge could reach up to 40 miles inland in some portions of southwest Louisiana and southeast Texas.

I feel so bad for those living in Lake Charles, because it looks like much of that city is going to end up underwater.

But the worst case scenario for this storm would be if it doesn’t make a turn to the north and it directly hits the city of Galveston instead.

For many years, attorney Terence O’Rourke has been warning about what could potentially happen if a major hurricane moved into Galveston Bay. According to O’Rourke, a very powerful storm could cause “America’s version of Chernobyl” because of all the contamination that it would create…

Unlike 2017’s Hurricane Harvey, which made landfall just north of Corpus Christi, the swirling behemoth slams into land some two hundred miles up the coastline near Galveston Island. As the hurricane moves inland, it functions like a giant wall of wind, pushing water north from Galveston Bay—one of the largest estuaries in the United States—into the smaller bays, rivers, and bayous that comprise the Houston Ship Channel, home of the largest petrochemical energy complex in the United States.

This is a hypothetical that Terence O’Rourke, an environmental attorney and hydrology expert with the Harris County Attorney’s Office, has been warning public officials about for the last decade. He says what comes next in the disaster scenario would become “America’s version of Chernobyl”—the Soviet nuclear power plant that melted down in 1986, killing 4,000 people over time and forcing the evacuation of nearly 50,000. The storm O’Rourke predicts could displace hundreds of thousands and create a sprawling contamination zone that stretches across Galveston Bay.

There are literally thousands of storage tanks that contain hazardous material in the region. If large numbers of those storage tanks were suddenly destroyed, vast areas would be uninhabitable for the foreseeable future. The following is a direct quote from O’Rourke…

“[A] violent storm surge […] would initially inundate densely populated, low-lying communities on the western half of Galveston Bay. Debris from those communities would then combine with thousands of shipping containers in the area, forming a destructive wall of steel and wood that would slam into thousands of chemical and crude oil storage tanks. Many tanks would be broken open by the battering ram of debris, while others would be ripped from their foundations by the water, releasing their deadly contents.”

So please pray that this storm turns away from Galveston and Houston.

In recent years, Houston has experienced absolutely horrific flooding a couple of times, and that is another reason why we should want to see it spared this time around. The city floods so easily, and Hurricane Laura has become an immensely powerful storm.

In 2020, it has just been one thing after another. This month, it seems like we can barely catch our breath before another natural disaster hits us. And of course many people believe that this is just the beginning of our troubles.

If you live in the danger zone and authorities are urging you to evacuate, please don’t ignore the warnings, because this storm is incredibly dangerous.