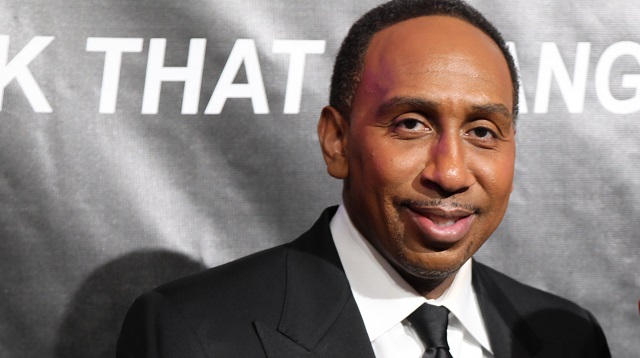 Smith’s sister, who is a smoker, had no similar issues and recovered in “three to four days.”

From The Daily Mail, ” ‘If I wasn’t vaccinated I would have died’: ESPN host Stephen A. Smith says he spent New Year’s Day seriously ill in hospital with COVID”:

ESPN host Stephen A. Smith says he rang in the New Year hospitalized with COVID – and that doctors told him he would died if he hadn’t been vaccinated.

He shared details about his serious bout with the virus Monday after returning to the air on the network’s First Take, saying: ‘It almost took me out.’

The 54-year-old began the episode by revealing he feared he might die after he was hospitalized with a 103-degree fever and double pneumonia on January 1.

‘I didn’t know if I was going to make it,’ Smith said. ‘They told me, had I not been vaccinated, I wouldn’t be here. That’s how bad I was.’

[…] He recounted having a fever every night, waking up with chills and a pool of sweat.

[…] Smith said he developed pneumonia in both lungs, and that his bout with the illness also damaged his liver.

‘It had ravaged me to the point where even now I have monitor my volume — get to the gym every day, walk before you run,’ he said. ‘Work your way back because I’m still not 100 percent with my lungs, but I’m COVID negative. I’m on the road to recovery.’

[…] He used his near-death experience to advocate for viewers to get fully vaccinated against the coronavirus, as his doctors cited it as what kept him alive.

‘The vaccine, according to [my doctors] saved me,’ he said.

Smith noted that ‘everybody’s different,’ and mentioned his sister, who is a smoker but had recovered from COVID-19 within a matter of days.

‘Me? I don’t smoke and it almost took me out,’ the host continued.

I’d rather hear his smoker sister’s regimen to learn how she recovered so quickly.