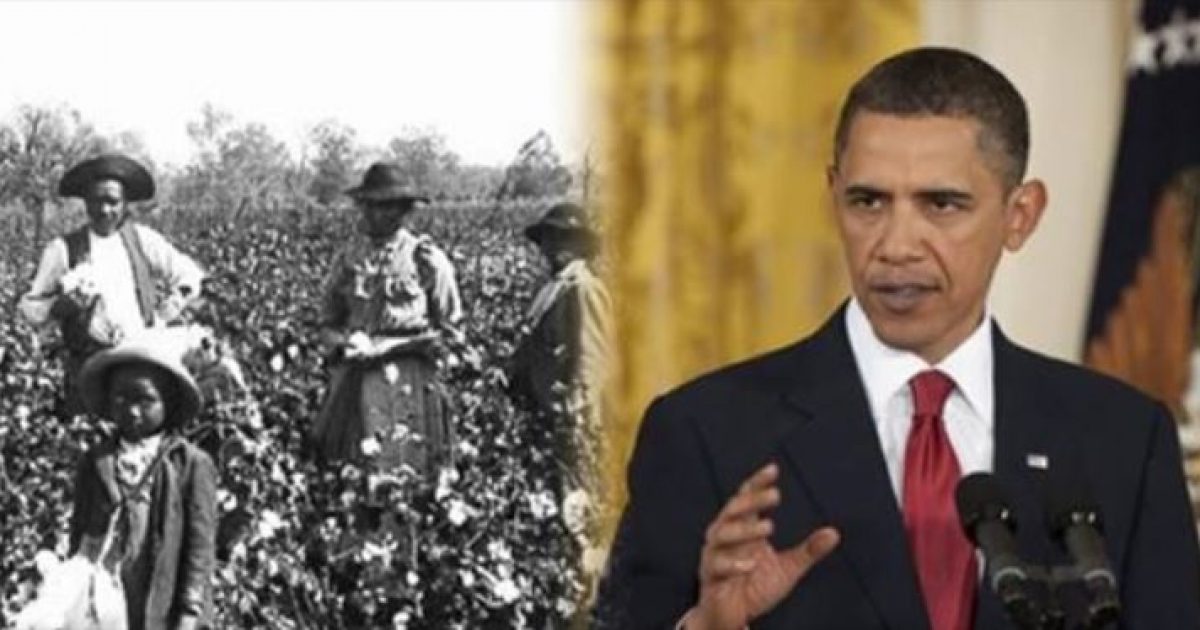 If liberals want to ban the Confederate flag due to its historical link to slavery, then why did they elect Barack Hussein Obama? After all, it’s a fact that Obama’s family were in fact SLAVE OWNERS!

In 2007, a genealogical researcher determined that ancestors on Obama’s mother’s side were slave owners. And based on recent news you simply can’t have that kind of history if you’re going to have a statue of Obama in this day and age.

As the son of a black Kenyan father and a white Kansan mother, Obama has seemed to embody a harmonious vision of America’s multiracial society. However, recent revelations have thrown up an unexpected twist in the tale.

Obama’s ancestors on his white mother’s side appear to have been slave owners. William Reitwiesner, an amateur genealogical researcher, has published a history of Obama’s mother’s family and discovered that her ancestors have a distinctly shadowy past.

Wow, that’s a lot of slaves.

Following the logical progression of the liberal anti-history brigade, anything and everything featuring Obama’s name must be removed and scrubbed from our minds, books, and records, The Lid at Education News reports.

At the very least there ought to be a movement to stop the Rapid City and any other planned statues of Barack Obama. Think of how it will confuse the liberals who are trying to erase our history, those snowflakes who grew up receiving participation trophies because the purpose of sports was to feel good about one’s self instead of kicking the butt of the other team. The safe-space occupants who demand leaders who believe it really possible to negotiate with terrorists or lead from behind. The statue bashing millennials who create safe spaces where they can escape trigger words and differing opinions and bask in the warmth of group think. Their heads might explode.

Obama’s campaign team back in 2008 did not dispute the information.

“While a relative owned slaves, another fought for the Union in the Civil War,” Obama’s campaign spokesman Bill Burton said. “And it is a true measure of progress that the descendant of a slave owner would come to marry a student from Kenya and produce a son who would grow up to be a candidate for president of the United States.”

Leftists are currently purging the Confederate flag, tearing down Confederate statues, monuments and plaques because of their association with slavery, but given that “logic,” shouldn’t they have called for Obama’s resignation since he too has a historical link to slavery?

Well, as you know the liberals consider Obama their messiah.