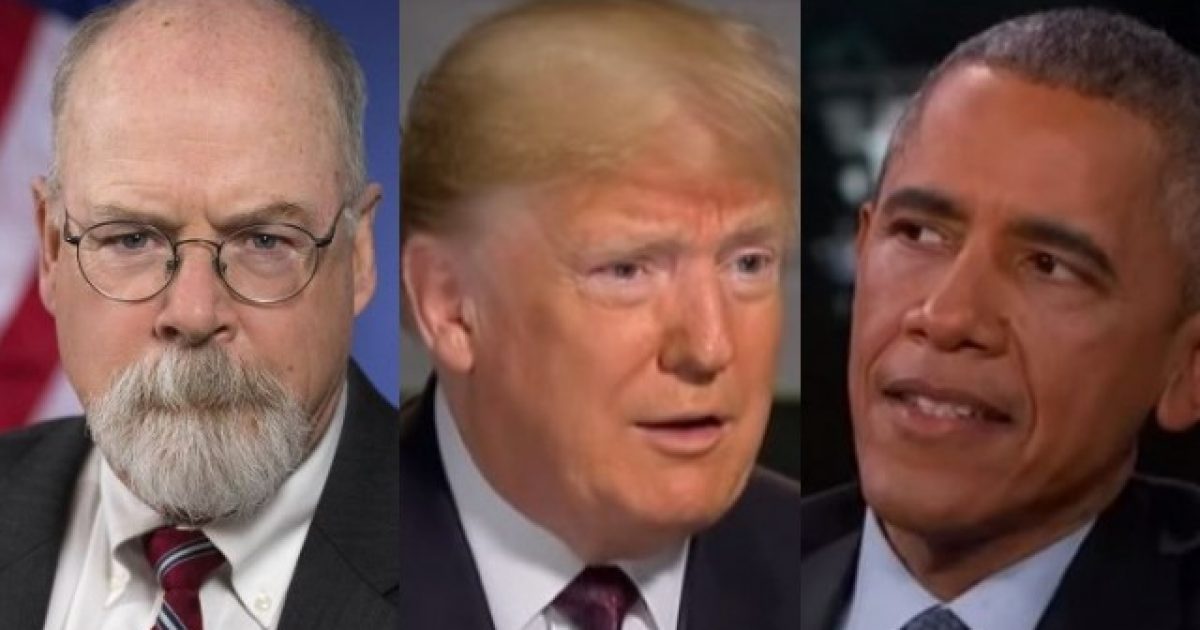 The Wait Is Over: President Says They Are Going After “Treasonous” Coup Leaders

Opinion| With Robert Mueller’s admission that there was no evidence of collusion between Trump and Russia, Trump now holds all the cards.

If new Attorney General is the man we think he is – an honest man determined to restore the rule of law the Justice Department – then it’s going to become real uncomfortable for a whole lot of people in the swamp, real soon.

While hosting an event with Israeli Prime Minister Bibi Netanyahu, President Trump told reporters in the Oval Office this afternoon that it was time for leftist Dems to be held accountable for tying our country in knots for the past 2+ years.

“There are a lot of people out there that have done some very very evil things, very bad things. I would say treasonous things against our country. And hopefully, people that have done such harm to our country, we’ve gone through a period of really bad things happening. Those people will certainly be looked at. I have been looking at them for a long time.”

“Why haven’t they been looked at? They lied to Congress. Many of them, you know who they are. They’ve done so many evil things.”

The president didn’t identify anyone by name but he didn’t have to. Everyone can make some pretty educated guesses.

“What they did, it was a false narrative, it was a terrible thing. We can never let this happen to another president again.”

… it left little doubt that he plans to ferret every last one of the seditionists out of government.

The president also left little doubt as to why he’s determined to keep his campaign promise to drain the swamp:

President Trump on Wednesday blasted former Special Counsel Robert Mueller’s scheduled hearing before the House Judiciary and Intelligence committees as a “diversion,” claiming the spectacle is meant to draw attention away from alleged wrongdoing on “the other side.”

Speaking to reporters at the White House’s South Lawn before departing for a trip to Japan, Trump brushed aside concerns that Mueller’s testimony on July 17 will reveal more information than what was already laid out in the report.

“This is really a hoax, the worst political scandal is on the other side,” Trump said of the Democrats. “My only response to Mueller is ‘does it ever stop?’ This is a diversion.”