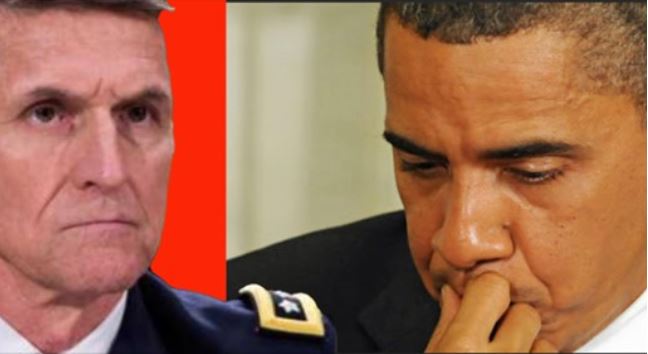 Opinion| Lawrence David| To understand the importance of last night’s decision by Lt. General Michael Flynn and his defense attorney Sidney Powell to rescind the guilty plea that government agents had railroaded him into making, we first need to understand the threat he posed to the corrupted Obama defense and foreign policy structure.

(Conservative Review) …Remember that the charges against Flynn stem from his advocacy for a detente with Russia, in addition to his reported lobbying against an anti-Israel United Nations resolution, which the Obama administration infamously endorsed through omission by abstaining from the vote. Neither of those activities are illegal or even immoral. In fact, foreign policy observers can be left to conclude that Gen. Flynn was merely acting in America’s best interests.

In order to come to the conclusion that Flynn apparently misled the FBI, the Obama intelligence community wiretapped Flynn’s conversations with the Russian ambassador. Those conversations were then leaked to the press by elements of the intelligence community, in gross violation of federal law. The FBI review found no evidence of wrongdoing by Gen. Flynn, except for the charge of lying to the FBI, a charge that is now reportedly being disputed by the agents who interviewed him.

President Trump’s initial pick for national security adviser had long been skeptical of the unchecked power of the U.S. intelligence community. Flynn wanted to prioritize several foreign policy agenda items, such as ending the Iran deal, moving the U.S. embassy in Israel from Tel Aviv to Jerusalem, and designating the Muslim Brotherhood as a terrorist organization.

To give this some context, former President Obama had embraced the Muslim Brotherhood, allegedly seeding members and/or sympathizers of the radical Islamist group into our government.

There was one more priority item for Flynn. Through his experience as a general in foreign war zones, he found that there were several fractures in the intelligence cycle, which harmed U.S. troops’ ability to succeed on the battlefield. As national security adviser, Flynn intended to conduct an audit on the intelligence community as a whole. A full audit of the U.S. intelligence community’s activities has not been completed since 1975, following the Nixon administration’s Watergate scandal.

While serving in the Obama administration, Flynn’s earlier attempts at intelligence reform infuriated the upper echelons of the Pentagon and the Central Intelligence Agency. Flynn’s enemies list continued to grow when, as Defense Intelligence Agency (DIA) director, he testified in front of the Congress and challenged the Obama White House narrative that al Qaeda had been “decimated.” The Obama administration forced him into early retirement shortly thereafter.

It became quite clear that the incoming national security adviser posed a direct challenge to the fourth branch of government — the unaccountable Washington bureaucrat class, including the intelligence community, which some have come to refer to as the “deep state.”

Fearing Flynn, as National Security Advisor, would have the ability to undo eight years of Obama foreign and domestic policy and defense structure, Obama loyalists seated deeply within the government needed to publicly discredit and silence Flynn to protect the legacy of the Obama administration.

The FBI and special counsel Robert Mueller did exactly that by threatening him, and his son, with long prison terms unless he pleaded guilty to lying to the FBI.

The FBI review found no evidence of wrongdoing by Gen. Flynn, except for the charge of lying to the FBI, a charge that is now reportedly being disputed by the agents who interviewed him.

Devin Nunes: Well, we knew from early on in 2017 that Michael Flynn did not lie to the FBI. We actually put that in our report that didn’t come out until 2018 after Flynn had already plead.

There were several of us as witnesses. We also told the highest levels of DOJ that we had been briefed by the FBI that Flynn didn’t lie to the FBI.

Laura Ingraham: Didn’t Peter Strzok come out from that meeting with Flynn and he didn’t think he lied?

Devin Nunes: Well, interesting that you say that. There’s missing documentation that we never received…Remember, we put this in our report in 2018 and for some reason it was redacted.

In return for a guilty plea, they would recommend a sentence with little or no jail time. And, they would abandon all charges against Flynn’s son. They wanted his scalp and his silence. That’s all.

Those plans were turned asunder as of last night when Flynn’s attorney Sidney Powell, withdrew his guilty plea as the law required of her.

The government’s attempt to withdraw its prior motion and change its position is a breach of the plea agreement – a contract. Pursuant to Puckett v. Untied States, 556 U.S. 129 (2009), Mr. Flynn’s counsel must move to withdraw the plea to protect his constitutional rights. When the government breaches its agreement with a defendant, counsel is obligated to seek appropriate remedy – here, withdrawal of his plea.

A trial in which former Defense Intelligence Agency chief Lt. General Michael Flynn is the prime witness and gets to spill his guts, just might be the worst nightmare of corrupt Obama administration conspirators.

We always wondered why U.S. Attorney General William Barr allowed corrupt prosecutor Brandon Van Grack to renege on the plea deal. Now we wonder if Barr invited Van Grack to walk himself into a trap.