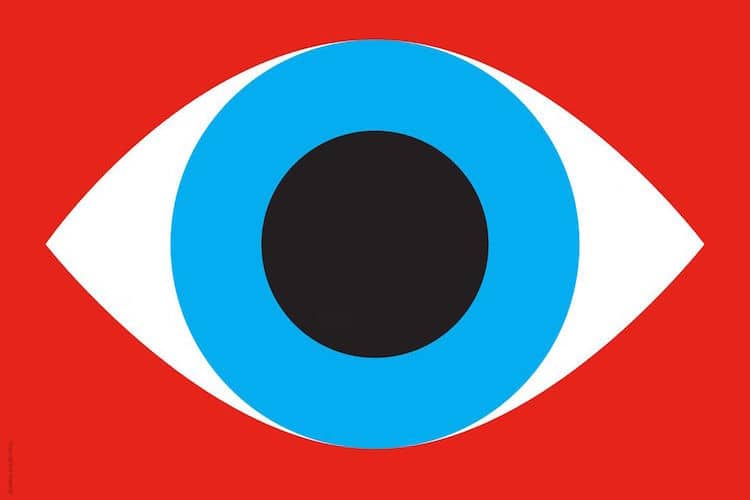 Editor’s Note 11/13/2020: I’m republishing this article from August 2018, unedited and with this comment: This publication is fully committed to the truthful expression of free speech in these troubling times. Thank you sincerely for your readership and support over the years.

“The enemy is the gramophone mind, whether or not one agrees with the record that is being played at the moment.” ~George Orwell

There is, of course, never a detailed explanation of why companies like You Tube and Facebook delete user generated pages (our You Tube page was deleted in 2017 for no apparent reason and our Facebook page has been throttled down to almost no reach), and there is never a reasonable way to appeal for the reinstitution of these pages.

The end result of this type of censorship, however, quite likely will not bring about the feared Soviet style clampdown on ideas that challenge the establishment. It’s more reasonable to expect that these companies have fallen pray to monopolistic hubris and will soon see massive declines in viewership, collapsing stock prices and the revolt of angry shareholders. In other words, these companies are shooting themselves in the feet.

That said, the current social/political/media climate in America today is likely to bring about the rise of a far more insidious and dangerous type of censorship: self-censorship.

The Cambridge dictionary defines self-censorship as:

“control of what you say or do in order to avoid annoying or offending others, but without being told officially that such control is necessary:”

Wikipedia defines it as:

“Self-censorship is the act of censoring or classifying one’s own discourse. This is done out of fear of, or deference to, the sensibilities or preferences (actual or perceived) of others and without overt pressure from any specific party or institution of authority.” ~Wikipedia

In other words, self-censorship is voluntarily silencing one’s self out of fear of inoffical reprisal. That reprisal can come in many forms, soft and hard, but at it’s most fundamental level it involves the fear of what others will think of you or say to you if they don’t like what they hear.

This form of censorship is already taking hold and is the result of the fear that individuals have of upsetting the mobs and virtue signaling hordes of self-righteous personalities. It is the fear that anything you say can and will be used against you in the court of public opinion and political correctness. That just by voicing your opinion on something you risk being attacked by black clad and megaphone wielding tyrants, physically removed from restaurants or harassed when conducting the ordinary affairs of life.

George Orwell wrote extensively of self-censorship at the conclusion of world war II. When he sought to publish his classic book Animal Farm, which he wrote during the war as a metaphorical critique of Soviet society, he was rejected by a number of publishers who were afraid to offend the prevailing sentiment of the time that the USSR should not be criticized for fear of instigating a diplomatic rift with the UK.

Publishers and editors were not ordered by law not to criticize the USSR, but they did so as not to offend the political establishment and popular sentiment. To this, Orwell penned an introduction to Animal Farm explaining the effects of self-censorship on a free society.

Entitled, ‘The Freedom of the Press,’ Orwell’s short letter aptly describes the situation we are faced with today.

“…the chief danger to freedom of thought and speech at this moment is not the direct interference of the MOI or any official body. If publishers and editors exert themselves to keep certain topics out of print, it is not because they are frightened of prosecution but because they are frightened of public opinion. In this country intellectual cowardice is the worst enemy a writer or journalist has to face, and that fact does not seem to me to have had the discussion it deserves.” ~George Orwell

Orwell continues in his critique:

“Unpopular ideas can be silenced, and inconvenient facts kept dark, without the need for any official ban. Anyone who has lived long in a foreign country will know of instances of sensational items of news — things which on their own merits would get the big headlines — being kept right out of the British press, not because the Government intervened but because of a general tacit agreement that “it wouldn’t do” to mention that particular fact. So far as the daily newspapers go, this is easy to understand. The British press is extremely centralized, and most of it is owned by wealthy men who have every motive to be dishonest on certain important topics. But the same kind of veiled censorship also operates in books and periodicals, as well as in plays, films and radio. At any given moment there is an orthodoxy, a body of ideas which it is assumed that all right-thinking people will accept without question. It is not exactly forbidden to say this, that or the other, but it is “not done” to say it, just as in mid-Victorian times it was “not done” to mention trousers in the presence of a lady. Anyone who challenges the prevailing orthodoxy finds himself silenced with surprising effectiveness. A genuinely unfashionable opinion is almost never given a fair hearing, either in the popular press or in the highbrow periodicals.” ~George Orwell

In this dynamic, the influences of peer pressure and commercial pressures do more to silence dissent than any official decree of censorship could possibly accomplish.

When speaking on the importance of press freedom, American writer E.B. White spoke of the cultural importance of having many independent viewpoints and fearless news organizations professing a wide range of ideas.

“The press in our free country is reliable and useful not because of its good character but because of its great diversity. As long as there are many owners, each pursuing his own brand of truth, we the people have the opportunity to arrive at the truth and to dwell in the light. The multiplicity of ownership is crucial. It’s only when there are a few owners, or, as in a government-controlled press, one owner, that the truth becomes elusive and the light fails. For a citizen in our free society, it is an enormous privilege and a wonderful protection to have access to hundreds of periodicals, each peddling its own belief. There is safety in numbers: the papers expose each other’s follies and peccadillos, correct each other’s mistakes, and cancel out each other’s biases. The reader is free to range around in the whole editorial bouillabaisse and explore it for the one clam that matters—the truth.” ~E. B. White

We haven’t reached that point yet, not by a long shot, as is evident in the fact that both sides of the political spectrum are 100% engaged in bickering with the other side. But as social discourse continues to digress and corporations and other institutions feel more empowered to compel their employees and clients to unofficially comply with one political view or another, self-censorship will come creeping more so into our culture.

Will you have the courage to be yourself as the push towards internet censorship gains momentum?

Dylan Charles is the editor of Waking Times and host of The Battered Souls Podcast, both dedicated to ideas of personal transformation, societal awakening, and planetary renewal. His personal journey is deeply inspired by shamanic plant medicines and the arts of Kung Fu, Qi Gong and Yoga. After seven years of living in Costa Rica, he now lives in the Blue Ridge Mountains, where he practices Brazilian Jiu Jitsu and enjoys spending time with family. He has written hundreds of articles, reaching and inspiring millions of people around the world.

This article (George Orwell Warned us of the Most Dangerous Type of Censorship) was originally created and published by Waking Times and is published here under a Creative Commons license with attribution to Dylan Charles and WakingTimes.com. It may be re-posted freely with proper attribution, author bio, and this copyright statement.