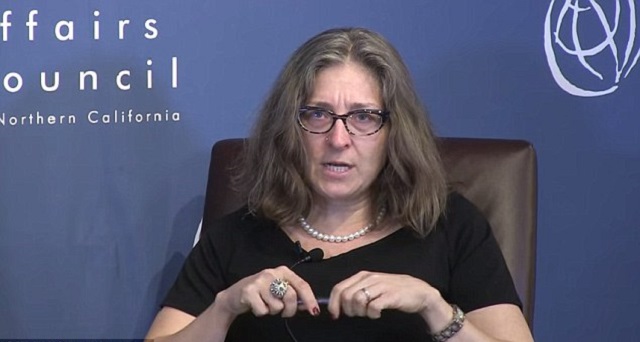 Georgetown University Distinguished Associate Professor Christine Fair tweeted on Saturday that white Republican senators at the Kavanaugh hearing deserve to die and have their genitals mutilated and fed to swine.

“Look at thus [sic] chorus of entitled white men justifying a serial rapist’s arrogated entitlement,” Fair tweeted on [Saturday]. Referencing a video of “Lindsey Graham’s tirade,” Fair, who is a victim of sexual assault, added, “all of them deserve miserable deaths while feminists laugh as they take their last gasps.” “Bonus: we castrate their corpses and feed them to swine? Yes,” she concluded the tweet.

[…]Upon being contacted by Campus Reform to comment for this article, Fair stated, “There is a war going on against women and you, and your despicable herd of so-called journalists seeking to protect male privilege and shame women for our victimization or our rage are complicit in this war.”

While Alex Jones was banned for making fun of Marco Rubio and a CNN reporter who was pushing for his censorship, Fair can call for the death of GOP Senators and gets to keep her Twitter account, her blue checkmark and her job at Georgetown.

Despite all this, Fair truly believes that she’s the one who is being oppressed!