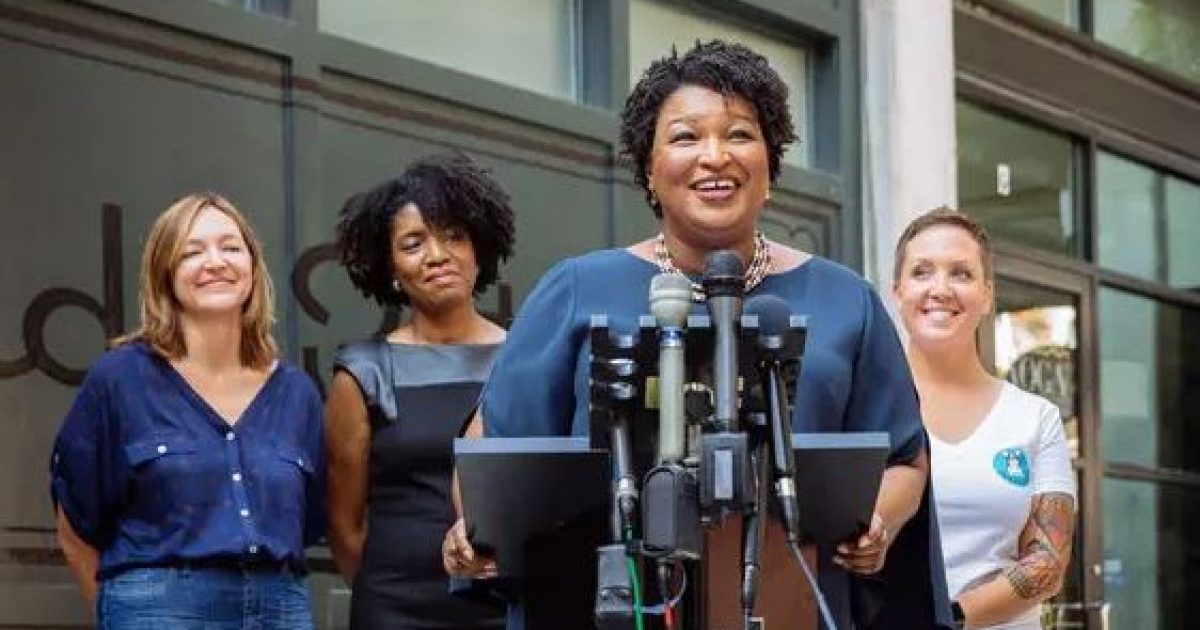 Of course, all of this is an attempt to force a runoff between what is arguably one of the most incompetent gubernatorial candidates, Stacey Abrams, and her Republican opponent, Brian Kemp. Kemp has tried to get her to concede defeat after losing last Tuesday. However, look at how Democrats are manipulating and engaging in what is clearly vote manipulation and voter fraud, and in Abrams’ case, even having a sister as the judge presiding over the campaign lawsuits in Georgia. Talk about corruption and a conflict of interest!

Friday, the U.S. District Court for the Middle District of Georgia granted the Georgia Democratic Party’s request to allow absentee ballots trickling in from Dougherty County to be counted, as long as they were postmarked on or before Nov. 6 or received by Friday. The county’s election results now will not be certified until Tuesday.

Abrams’ sister, Leslie Abrams, happens to be an Obama-appointed District Court Judge on that same circuit, the U.S. District Court for the Middle District of Georgia. Any lawsuit filed by the campaign in this court will face result in this obvious conflict of interest.

Of course, the Abrams campaign is in full campaign mode as the engage in robocalls, texts and emails to gin up support, and I mean that in terms of money and making a fuss to try and advance her ludicrous claims that there needs to be a runoff.

Here’s an email her campaign sent out on Friday, “emphasis mine”

Today is our LAST DAY to find and count every single provisional ballot.

So if you cast a provisional ballot on Tuesday, we need you to call our Voter Protection Hotline at 1-888-730-5816 immediately. Our team can tell you if your ballot was counted, and if it was not, we can help you with next steps.

And please, help us spread the word to every Georgian you know. Forward this email to your friends, post on Facebook, call your relatives. Everyone needs to know this information.

We’re going to make sure every vote is counted.

Thanks for your help,

“Find and count”? I’m sorry but if you are having to “find” ballots at this time, aren’t you, in essence, stating that you are going to commit voter fraud? Did someone misplace ballots? Did someone lose them? Maybe Abrams is thinking this is Broward County and they were destroyed?

In either case, we know that many ballots were simply fraudulent.

A message dated November 8, 2018 from the Fulton County Department of Registration and Elections Registration Office confirmed that 42% of provisional ballots were rejected.

The message indicates that 3 of those provisional ballots were sent in by non-citizens, 581 were not registered to vote, and 972 came from outside the county. In other words, all of those votes were illegal.

Don’t you worry though Georgia, it’s not just happening in your state! It’s happening across the country from Arizona to Florida and it’s Democrats attempting to undermine the will of the people.

Thankfully, the GOP is out from under their agreed terms to not contest elections anymore and it looks like President Donald Trump is considering dealing with it via the Justice Department. Time will tell.